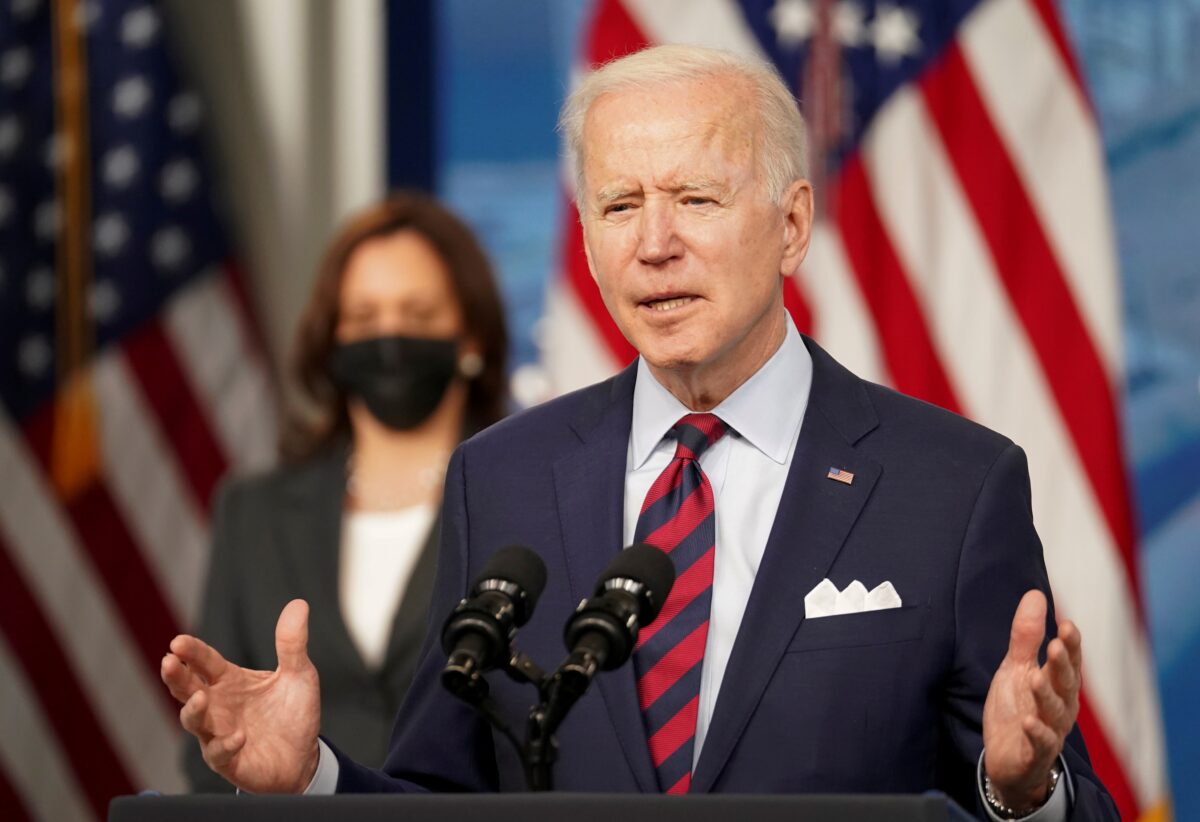 President Joe Biden on Friday will order the creation of a commission to study possible reforms to the Supreme Court, including whether to expand the number of justices, which is a key goal of leftist members of the Democratic Party, or setting term limits for justices.

The order will form “the Presidential Commission on the Supreme Court of the United States, comprised of a bipartisan group of experts on the Court and the Court reform debate,” according to the statement from the White House on Friday.

The panel will consist of former federal judges and lawyers who have argued in front of the Supreme Court, as well as “advocates for the reform of democratic institutions and of the administration of justice,” the White House said. “The expertise represented on the Commission includes constitutional law, history, and political science.”

The panel created by Biden will be led by Bob Bauer, who served as White House counsel for former President Barack Obama, and Yale Law School professor Cristina Rodriguez, who served as deputy assistant attorney general in the Office of Legal Counsel in the Obama administration.

Bauer, namely, has been a proponent for term limits for Supreme Court justices. In 2005, he wrote for the Washington Post that “in our system of government, we normally constrain great power with limits rather than license its indefinite exercise.”

He also previously worked for the Perkins Coie law firm, which has long worked for Democrats on election laws and was involved in the Russia-Trump “dossier” controversy several years ago. Bauer left Perkins Coie in 2019, according to the firm.

Last fall, Biden proposed a presidential commission when he was a candidate, partly as an alternative to “court-packing” efforts from some leftist members of the Democratic party. Republicans in Congress warned that expanding the Supreme Court would allow for Biden to appoint a slate of justices that would give the high court a left-wing slant, while Democrats said Republicans acted unfairly when the Senate, which was led by then-Majority Leader Mitch McConnell (R-Ky.), blocked the confirmation of Merrick Garland to the court.

“It’s not about court-packing,” Biden said in response to a question at the time. “There’s a number of other things that our constitutional scholars have debated. … The last thing we need to do is turn the Supreme Court into just a political football, whoever has the most votes gets whatever they want. Presidents come and go. Supreme Court justices stay for generations.”

According to the White House’s statement on Friday, more than 30 other people were named to the commission.

“Put abstractly, the Court’s power, like that of any tribunal, must depend upon the public’s willingness to respect its decisions, even those with which they disagree and even when they believe a decision seriously mistaken,” said Breyer, a member of the court’s liberal wing who was appointed by former President Bill Clinton.

“If the public sees judges as ‘politicians in robes,’ its confidence in the courts, and in the rule of law itself, can only diminish, diminishing the Court’s power, including its power to act as a ‘check’ on the other branches,” he added.