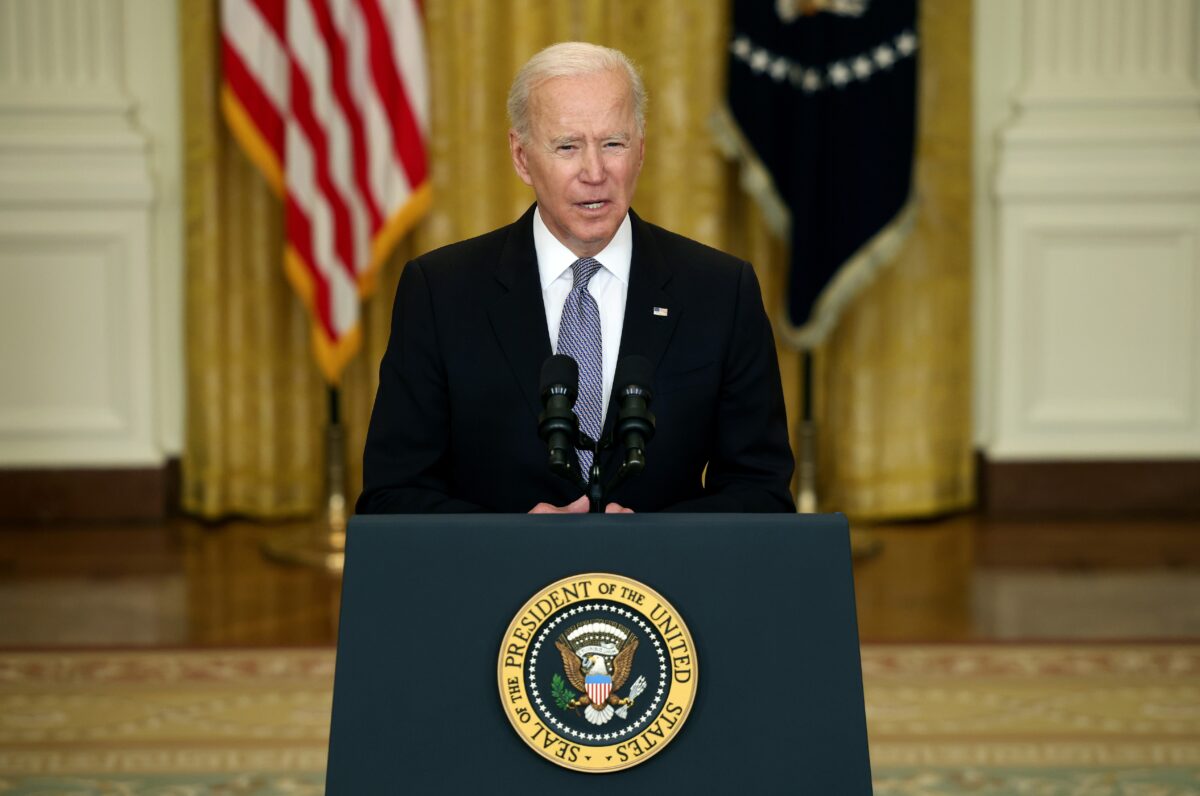 WASHINGTON—President Joe Biden will send at least 20 million more COVID-19 vaccine doses abroad by the end of June, marking the first time the United States is sharing vaccines with emergency authorization for domestic use.

The move marks a notable pivot from the White House as the administration seeks to use the country’s vaccine supply as a diplomatic tool with the pandemic outlook brightening at home.

Biden announced on Monday that his administration will send doses of the Pfizer Inc/BioNTech, Moderna, and Johnson & Johnson vaccines, on top of 60 million AstraZeneca doses he had already planned to give to other countries.

Unlike the others, AstraZeneca’s shot is not yet authorized for use in the United States.

“Just as in World War Two America was the arsenal of democracy, in the battle against COVID-19 pandemic our nation is going to be the arsenal of vaccines,” Biden said.

The president has been under pressure to share vaccines to help contain worsening epidemics from India to Brazil, where health experts fear new, more contagious coronavirus variants could undermine the effectiveness of available shots.

“We want to lead the world with our values with this demonstration of our innovation, ingenuity, and the fundamental decency of American people,” Biden said.

The White House has not provided any details about what countries will receive the shots. Biden said that Jeff Zients, who heads the U.S. vaccine efforts, will now also lead the global vaccine push.

The United States has administered more than 272 million COVID-19 vaccine doses and distributed more than 340 million, according to federal data updated on Monday morning.

Dwindling demand for vaccines domestically has led to some places turning down shipments.

U.S. deaths from COVID-19 last week fell to their lowest in nearly 14 months, while the number of new cases declined for a fifth consecutive week, according to a Reuters analysis of state and county data.

Biden warned that those who do not get vaccinated “will end up paying the price.”

Over 1,100 people in the United States have been hospitalized with COVID-19 after being fully vaccinated against the virus that causes it, and more than 220 have died, according to new figures from a top U.S. health agency.