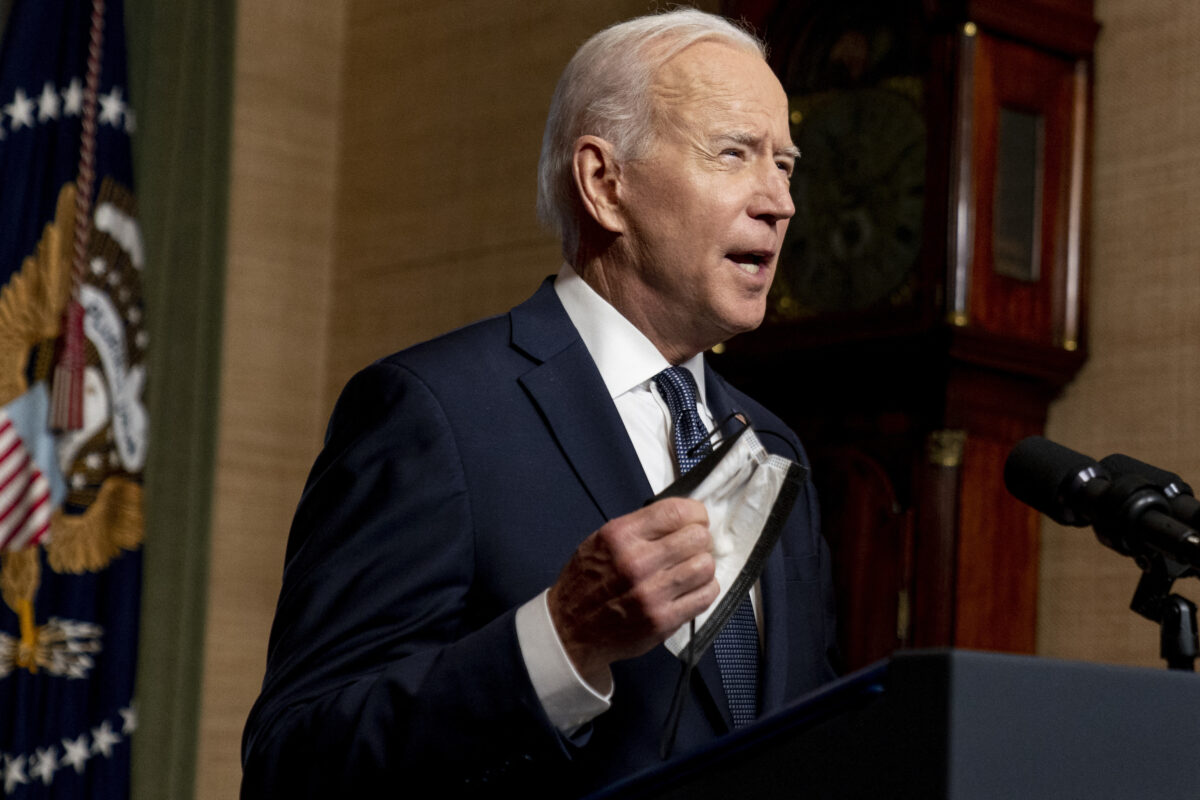 President Joe Biden removes his mask to speak from the Treaty Room in the White House about the withdrawal of the remainder of U.S. troops from Afghanistan in Washinton on April 14, 2021. (Andrew Harnik/Pool/Abacapress.com)

WASHINGTON—President Joe Biden will host South Korean President Moon Jae-in for meetings in the second half of May, the White House announced Thursday.

It will be Biden’s second opportunity to sit in person with a foreign counterpart since he took office during the coronavirus pandemic. It will follow face-to-face meetings Biden has scheduled for Friday with Japanese Prime Minister Yoshihide Suga.

Biden’s meeting with his South Korean counterpart follows recent visits to Seoul by Secretary of State Antony Blinken and Defense Secretary Lloyd Austin, and a three-way meeting in April in Annapolis, Maryland, among the national security advisers from the United States, Japan and South Korea.

Biden’s meeting with Moon “will highlight the ironclad U.S.-South Korea alliance and the long-standing ties and friendships between the people of our two countries.”