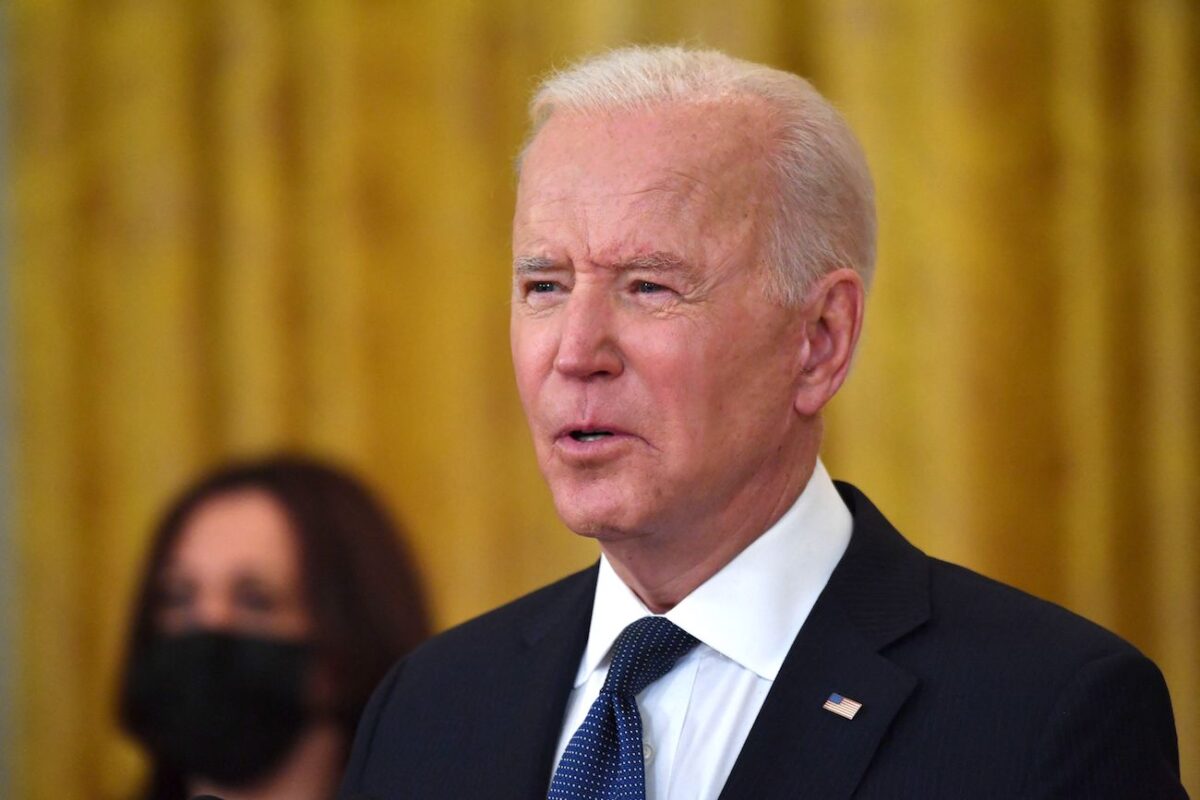 Biden’s executive order rescinds six of his predecessor’s presidential actions, while directing the heads of executive departments and agencies to “promptly consider taking steps” to roll back any policies that were implemented by Trump’s orders.

Among Trump’s orders that are to be abolished under Biden’s action is the planned “National Garden of American Heroes,” a project that Trump sought to implement in the waning days of his presidency via a Jan. 18 directive that called on the monument to “be built to reflect the awesome splendor of our country’s timeless exceptionalism.”

“It will be a place where citizens, young and old, can renew their vision of greatness and take up the challenge that I gave every American in my first address to Congress, to ‘[b]elieve in yourselves, believe in your future, and believe, once more, in America,'” Trump wrote in his executive order, which also made mention of an “attack” on the “belief in the greatness and goodness of America” by a “dangerous anti-American extremism that seeks to dismantle our country’s history, institutions, and very identity.”

A major theme underpinning Trump’s order was the spate of incidents last year involving the destruction of monuments.

“The heroes of 1776 have been desecrated, with statues of George Washington, Thomas Jefferson, and Benjamin Franklin vandalized and toppled,” Trump wrote in the order, adding, “the brave warriors who saved freedom from Nazi fascism have been disgraced with a memorial to World War II veterans defaced with the hammer and sickle of Soviet communism.”

Trump’s order called for the establishment of a task force to create the “National Garden of American Heroes,” which was envisioned as a “vast outdoor park that will feature the statues of the greatest Americans to ever live,” and was to feature sculptures of dozens of American historical figures, including presidents, athletes, and pop culture icons.

Also revoked was Trump’s June 2020 order that called for the federal government to “prosecute to the fullest extent permitted under Federal law” acts of vandalism and destruction to statues on federal property, an order that came in response to the defacement of statues amid nationwide protests sparked by George Floyd’s police-custody death.

Another of Trump’s orders to be revoked is one that called for the Department of Justice and the Federal Trade Commission to investigate social media companies for labeling or removing posts or entire accounts in what Trump said is part of a drive to curb free speech and silence conservative voices.

Biden’s action also rescinds Trump’s order to brand all U.S. foreign aid with a single “logo that embodies the values and generosity of the American people,” as well as a separate order seeking to make the consequences of violating certain regulations more transparent as a safeguard against unwarranted criminal punishment for unintentional regulatory violations.