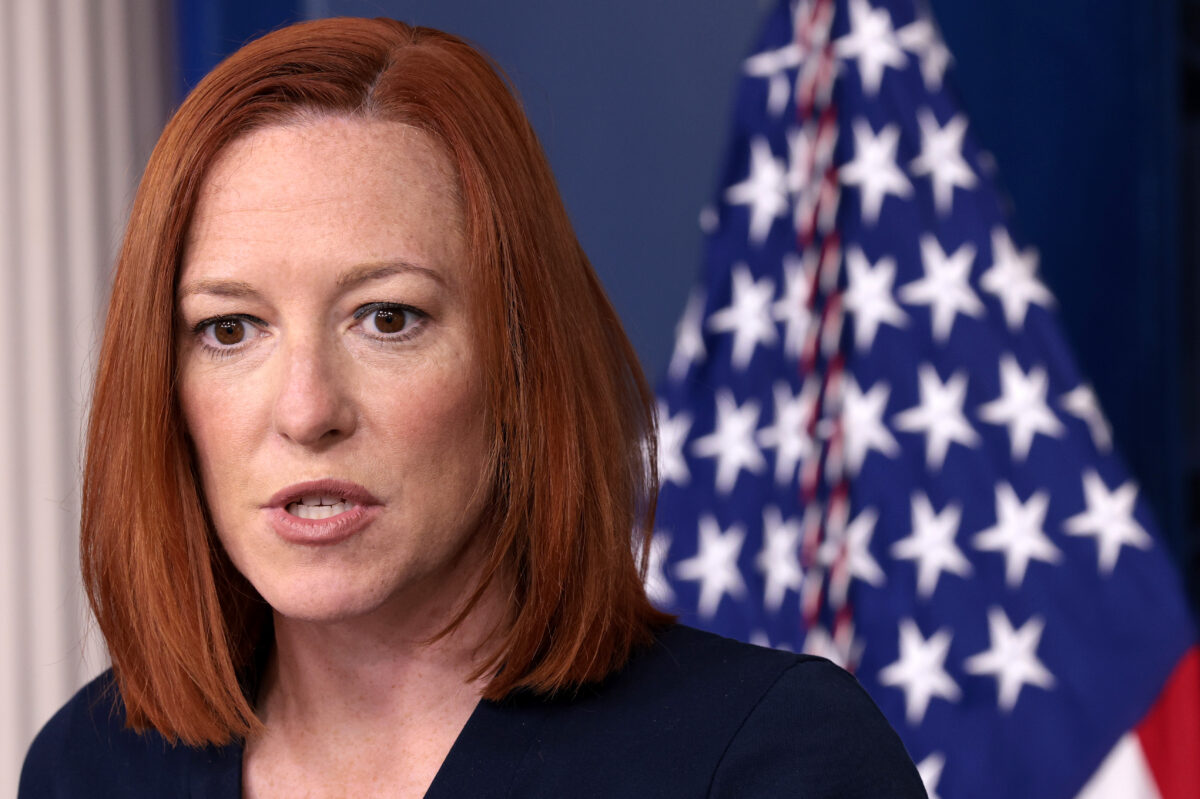 President Joe Biden’s administration said that it disagrees with a tweet from Rep. Rashida Tlaib (D-Mich.) who called for an end to “policing, incarceration, and militarization.”

“That’s not the president’s view,” White House press secretary Jen Psaki said in response to a question about Tlaib’s comment. “The president’s view is that there are necessary outdated reforms that should be put in place, that there is accountability that needs to happen, that the loss of life is far too high, that these families are suffering around the country, that the black community is exhausted from the ongoing threats they feel.”

“Look, we all know we have to root out systemic bias in law enforcement and we feel the best way to do that is the Justice in Policing Act,” Senate Majority Leader Chuck Schumer (D-N.Y.) said after Tlaib’s tweet, adding that he will put the bill on the Senate floor for debate.

Tlaib posted the tweet after the death of Duane Wright, 20, who was shot and killed during a traffic stop by an officer in a Minneapolis suburb. Officials said that the officer, Kim Potter, may have mistaken her gun for her Taser. Both Potter and the local police chief resigned.

“It wasn’t an accident,” Tlaib claimed on Twitter. “Daunte Wright was met with aggression & violence. I am done with those who condone government funded murder.” She added: “No more policing, incarceration, and militarization. It can’t be reformed.”

Other top Democrats appeared to distance themselves from her tweet.

“We definitely need reforms in the space of qualified immunity,” Sen. Tim Kaine (D-Va.) told reporters. “But I, I am not in the camp that says, you know, we should disrespect police, we should reform police where police are necessary.”

“I don’t need to tell anybody what to say, you asked me what I think,” Kaine said in response to Tlaib’s message. “I was a mayor with a police force. I was governor with the state police force. Our police, I mean, look, I’m going to a funeral, a police officer right now, gave his life to protect us and we need good policing.”

Biden, meanwhile, said on Monday that there is “no justification for violence” in the wake of the shooting, while calling for an investigation into the shooting.