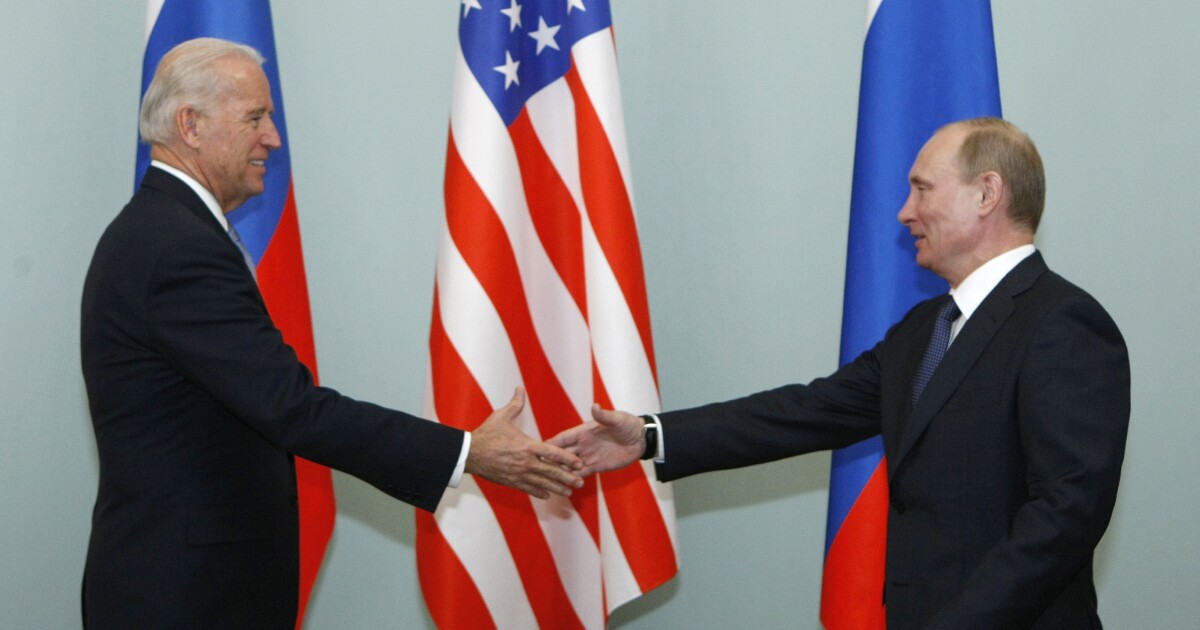 The White House said the U.S. intelligence community had only “low to moderate confidence” in intelligence suggesting the Russian government had offered bounties to Afghan militants to kill U.S. troops, despite then-candidate Joe Biden repeatedly hammering former President Donald Trump about the issue on the campaign trail.

The controversy began when the New York Times reported in late June that a U.S. intelligence assessment concluded that the Main Directorate of the General Staff, or GRU, a Russian spy unit, paid Taliban-connected militants in Afghanistan to kill U.S. and other coalition troops even as the Trump administration sought to reach a peace deal involving the Taliban and the Afghan government. Democrats and many in the media criticized Trump over his alleged inaction, while Trump administration officials repeatedly stressed the intelligence was unverified.

The story resurfaced as the United States leveled sanctions against Russia for a host of malign activities. Secretary of State Antony Blinken tied the bounties claims to the U.S. actions against the Kremlin.

“Today, we announced actions to hold the Russian Government to account for the SolarWinds intrusion, reports of bounties on U.S. soldiers in Afghanistan, and attempts to interfere in the 2020 U.S. elections,” Blinken said Thursday.

A fact sheet released by the White House included a section on “Reported Afghanistan Bounties” and said, “The Administration is responding to the reports that Russia encouraged Taliban attacks against U.S. and coalition personnel in Afghanistan based on the best assessments from the Intelligence Community. Given the sensitivity of this matter, which involves the safety and well-being of our forces, it is being handled through diplomatic, military and intelligence channels.”

“I would say, first, that we felt the reports were enough of a cause of concern that we wanted our intelligence community to look into those reports as a part of this overall assessment. They assessed with low to moderate confidence … that Russian intelligence officers sought to encourage Taliban attacks against U.S. and coalition personnel in Afghanistan,” Psaki said. “The reason that they have low to moderate confidence in this judgment is, in part, because it relies on detainee reporting and also due to the challenging operating environment in Afghanistan — so, it’s challenging to gather this intelligence and this data.”

Psaki added that the intelligence community also assessed with “high confidence” that the GRU “managed interactions with individuals in Afghan criminal networks” and claimed that “the involvement of this GRU unit is consistent with Russia’s encouraging attacks against U.S. and coalition personnel in Afghanistan.” She said that “while there is low to moderate assessment of these reports” about Russian bounties, the Biden administration “felt it was important for our intelligence community to look into it, and we, of course, will not stand by and accept the targeting of our personnel by any elements, including a foreign state actor.” The Biden spokeswoman argued that “this information really puts the burden on Russia and the Russian government to explain their engagement here.”

Numerous national security and intelligence officials said last year that the Russia intelligence was not fully corroborated, and the Trump administration said in the summer that it was investigating further while also opening a leak investigation. The U.S. believes Russia supplied weapons to the Taliban for years, but bounties would be a significant escalation.

Now-former CIA Director Gina Haspel said in the summer that “leaks compromise and disrupt the critical interagency work to collect, assess, and ascribe culpability.” Gen. Frank McKenzie said in September that “it just has not been proved to a level of certainty that satisfies me.” The commander of the U.S. Central Command, which oversees Afghanistan, added: “We continue to look for that evidence. I just haven't seen it yet.”

Then-candidate and now-President Joe Biden immediately jumped on the Russian bounty reports last summer, quickly hitting Trump about the issue, starting the day after the reports and through the remainder of the election.

“There is no bottom to the depth of Vladimir Putin and the Kremlin’s depravity. If that’s true, it’s a truly shocking revelation,” Biden said during a virtual town hall last June. “If the Times's report is true — I emphasize again — and if President Trump, the commander in chief of troops serving in a dangerous theater of war, has known about this for months, according to the Times, and done worse than nothing. Not only has he failed to sanction or impose any kind of consequences on Russia for this egregious violation of international law, Donald Trump has continued his embarrassing campaign of deference and debasing himself before Vladimir Putin.”

Biden added: “His entire presidency has been a gift to Putin, but this is beyond the pale. It’s a betrayal of the most sacred duty we bear as a nation, to protect and equip our troops when we send them into harm’s way. It’s a betrayal of every single American family with a loved one serving in Afghanistan or anywhere overseas.” The future president continued leveling similar attacks for the remainder of the race.

Psaki was asked if Biden regretted those repeated criticisms of Trump on the issue.

“Well, I’m not going to speak to the previous administration, but I will say that we had enough concern about these reports and about the targeting of our men and women serving, the men and women who are proudly serving around the world, that we wanted our intelligence community to look into it,” Psaki said.