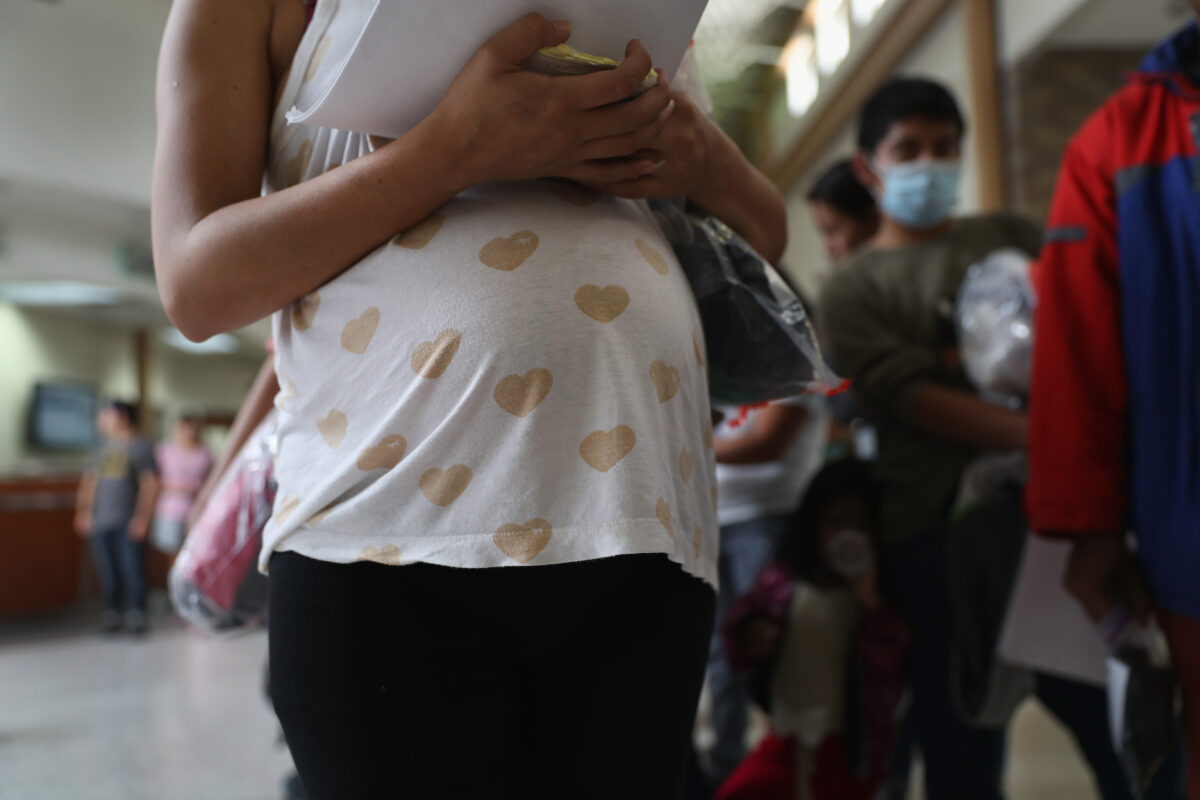 President Joe Biden’s administration on Friday said immigration agents would no longer detain most pregnant or postpartum illegal immigrants, the latest loosening of border enforcement in the Democrat’s first term.

An updated Immigration and Customs Enforcement (ICE) policy says that agents “should not detain, arrest, or take into custody for an administrative violation of the immigration laws individuals known to be pregnant, postpartum, or nursing unless release is prohibited by law or exceptional circumstances exist.”

Agents should also “carefully weigh the decision” to order such a person to be detained, arrested, or otherwise taken into custody, the directive states.

The acting director of the agency, Tae Johnson, said in a statement that ICE “is committed to safeguarding the integrity of our immigration system and preserving the health and safety of pregnant, postpartum, and nursing individuals.”

“Given the unique needs of this population, we will not detain individuals known to be pregnant, postpartum or nursing unless release is prohibited by law or exceptional circumstances exist. This reflects our commitment to treat all individuals with respect and dignity while still enforcing our nation’s laws,” he added.

Officials told news outlets that 13 pregnant illegal aliens were in custody as of Thursday. They may be released under the new directive.

The American Civil Liberties Union applauded the move, which follows a series of relaxations of other border enforcement policies.

“This action by the Biden administration is a welcome step in the right direction. This move brings us closer to more humane treatment by ICE of people who are pregnant, postpartum, or nursing. ICE should stop detaining or arresting people who would be at particular risk in detention, must implement robust oversight of detention facilities, and ensure the release of all people who would be particularly vulnerable in detention,” Eunice Cho, a senior staff attorney at the union’s National Prison Project, said in a statement.

Rep. Sylvia Garcia (D-Texas) and Sen. Patty Murray (D-Wash.) also backed the move but said it should be made permanent by their bill, the Stop Shackling, and Detaining Pregnant Women Act.

But Mark Krikorian, executive director of the Center for Immigration Studies, said ICE’s directive would lead to more illegal immigration amid a border crisis.

“We can expect the illegal arrival of more pregnant, nursing, and postpartum women,” he wrote on Twitter.

Under current U.S. law, children born on U.S. soil are automatically granted U.S. citizenship. According to the center, approximately 300,000 children are born to illegal immigrant mothers each year.