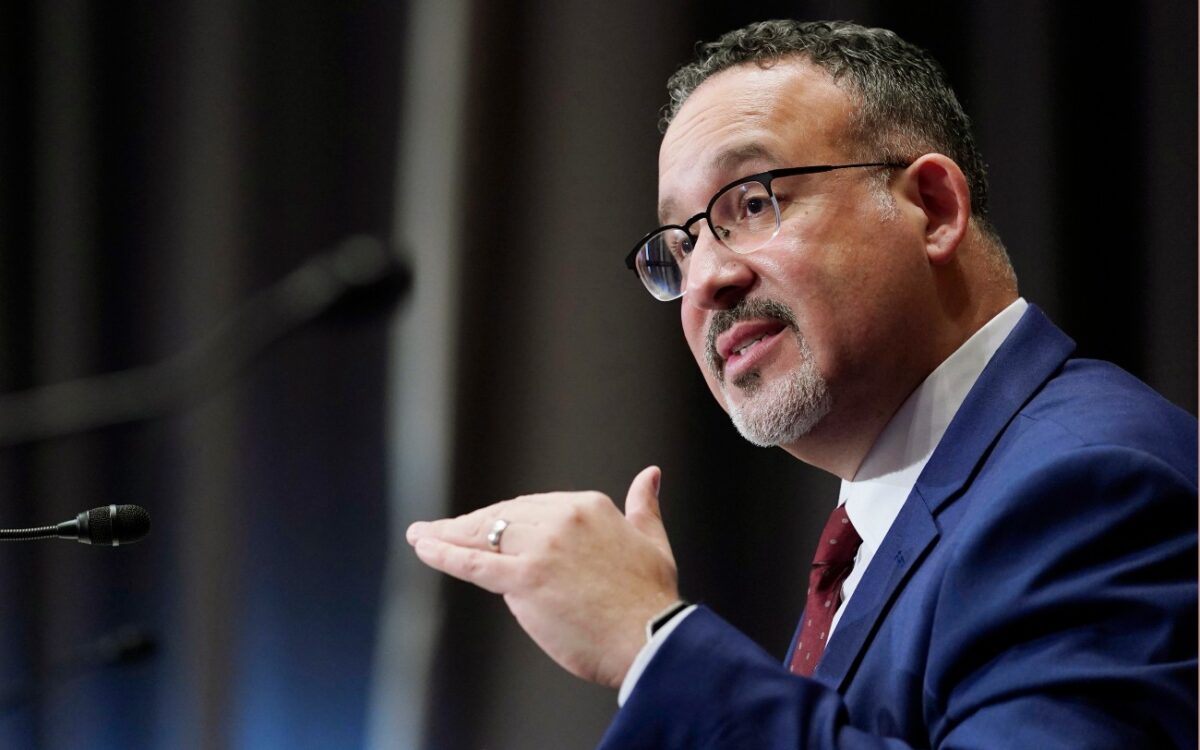 The Biden administration is seeking to prioritize funding education programs that incorporate the ideas of the New York Times’ 1619 Project and critical race theorist Ibram X. Kendi into their teaching of U.S history and civics.

In a proposed new rule released April 19, the Education Department outlined new priority criteria for a $5.3 million American History and Civics Education grant, as well as exemplary materials for K-12 educators to use.

Specifically, the Education Department cited the 1619 Project, the exhibition of the National Museum of African American History and Culture, and Kendi’s “antiracism” as leading examples for the kind of content it wants to use taxpayer dollars to promote in history and civics classrooms throughout the country.

None of the three teaching models is free from controversy. The 1619 Project, which centers around the idea that the United States is inherently racist, consists of a collection of essays that argue, among many other controversial claims, that the primary reason for the American Revolution was to preserve slavery. Its historical accuracy has also been challenged by a variety of scholars, including the project’s own fact-checkers.

The National Museum of African American History and Culture, which is part of the taxpayer-funded Smithsonian Institute, also came under fire last year because of a display about “whiteness.” The Washington-based museum suggested that valuing things such as “the nuclear family,” “self-reliance,” “objective, rational linear thinking” and “rigid time schedule” are manifestations of an alleged “white culture.”

Meanwhile, Kendi is best known as a vocal advocate of critical race theory, through which one sees racial oppression everywhere in society and considers those who disagree to be proponents of the alleged oppression. In his latest book “Antiracist Baby,” Kendi uses rhymed verses to explain to preschoolers how they can reflect on and purge their inherent racism and how their parents can help raise future “antiracist” activists.

According to the Education Department, the reasoning behind its choices of examples is President Joe Biden’s executive order that aimed to advance “racial equity” and better support “underserved communities.”

“The Department recognizes that COVID-19—with its disproportionate impact on communities of color—and the ongoing national reckoning with systemic racism have highlighted the urgency of improving racial equity throughout our society, including in our education system,” reads the document, which is undergoing a 30-day public review period in the Federal Register.

The proposed rule marks the Biden administration’s latest move to teach American students that historical racism remains deeply embedded in today’s America. On his first day in the White House, Biden dissolved the Trump administration’s advisory 1776 Commission and tossed its first and last report, which called for a return to “patriotic education” focusing on how generations of Americans overcame racism to live up to the nation’s founding ideals.

The idea the United States is fundamentally racist is also shared by United Nations Ambassador Linda Thomas-Greenfield, who recently said that the American founding documents are “weaved” with white supremacy, and that the United States is just as guilty as China, where a genocide is ongoing under the Chinese communist regime.