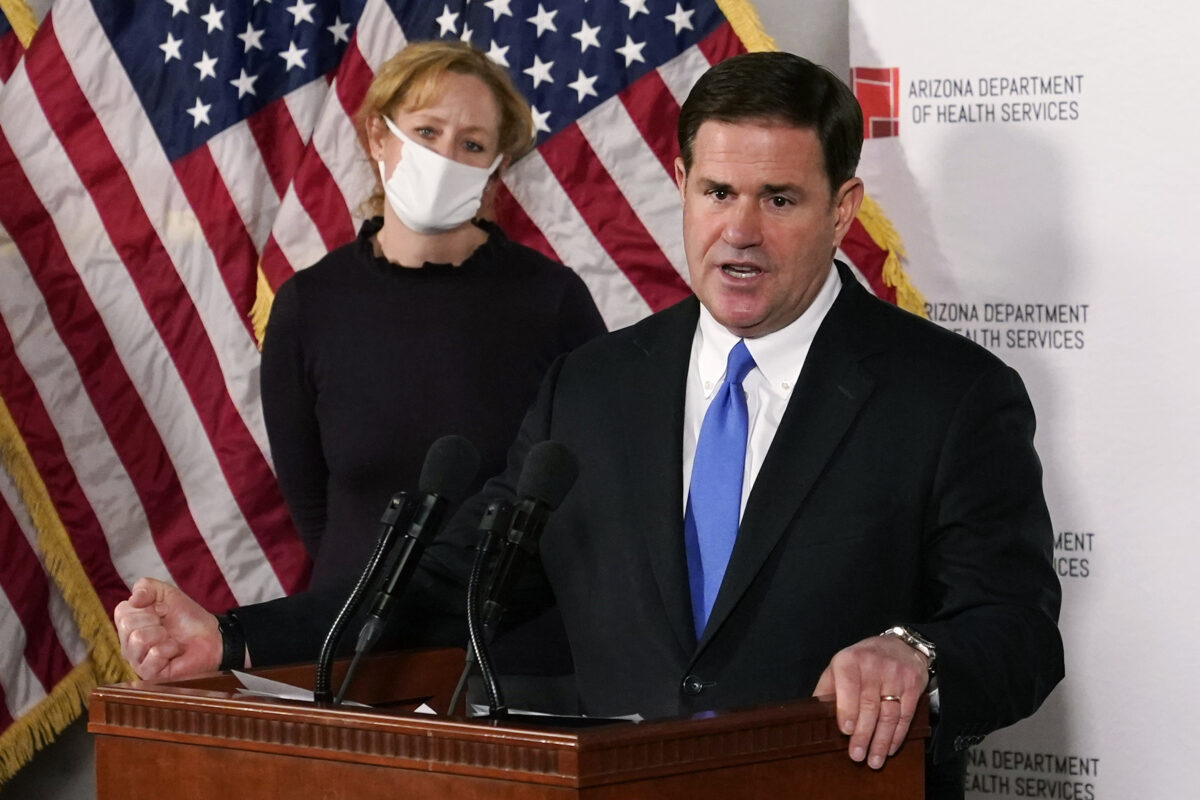 “With public confidence in our elections in peril, it’s clear our elections must be pristine and above reproach—and the sole purview of government,” Ducey wrote in a signing letter.

The bill passed along party lines in the state Senate and House before it was signed into law on Friday.

It comes after Facebook CEO Mark Zuckerberg and his wife in September 2020 announced they made a $300 million donation to two nonprofits “to promote safe and reliable voting in states and localities during the COVID-19 pandemic.”

The pair announced on Sept. 1 last year that the donations would go to two nonprofits that would in turn disburse the money to local and state election offices.

“These donations will help to provide local and state officials across the country with the resources, training, and infrastructure necessary to ensure that every voter who intends to cast a ballot is able to, and ultimately, to preserve the integrity of our elections,” they said in a release.

They described the nonprofits as “non-partisan.” Most of the money ($250 million) went to the Center for Tech and Civic Life (CTCL), which specializes in collecting data on candidates and races across the nation and on training poll workers. It was founded by former managers and staff at the New Organizing Institute, a progressive nonprofit that was training Democrat digital organizers.

Ducey, a Republican, said Friday that the money the state received last year from organizations with funding from Zuckerberg’s foundation was helpful and used with “integrity.”

But he added that election officials should not be forced to rely on private grants for voter outreach, staffing, or other expenses in the future. While he said nothing in the new law should be interpreted as a sign the state is unappreciative, the bill is needed to preserve the integrity of elections and voter confidence.

Logan Churchwell, communications and research director at the Public Interest Legal Foundation, a conservative election watchdog, said at the time that giving this amount of money directly to government election officials is legal but unprecedented, opening up uncharted territory.

“It’s easy to make a boogeyman out of billionaires. I don’t like them either. But we put ourselves in this situation,” said Sen. Juan Mendez, a Democrat from Tempe, of the Legislature’s budgeting decisions. “Our elections are so underfunded we’ve got counties out there asking for money to do voter outreach.”

Responding to the signing of the bill, Heritage Action Executive Director Jessica Anderson said that Ducey “stood up for all Arizonans” with his “historic election integrity law.”

“HB 2569 is another in a series of strong measures Arizona lawmakers have taken to protect election integrity and keep the influence of private money out of Arizona’s election system operations,” she said.

“Arizonans deserve an election process free from outside influence and partisan funding—by banning corporate and private funding for election operations, this law will safeguard that system.”

Ducey pledged to partner with the Legislature to provide elections officials with adequate resources.

Petr Svab and The Associated Press contributed to this report.