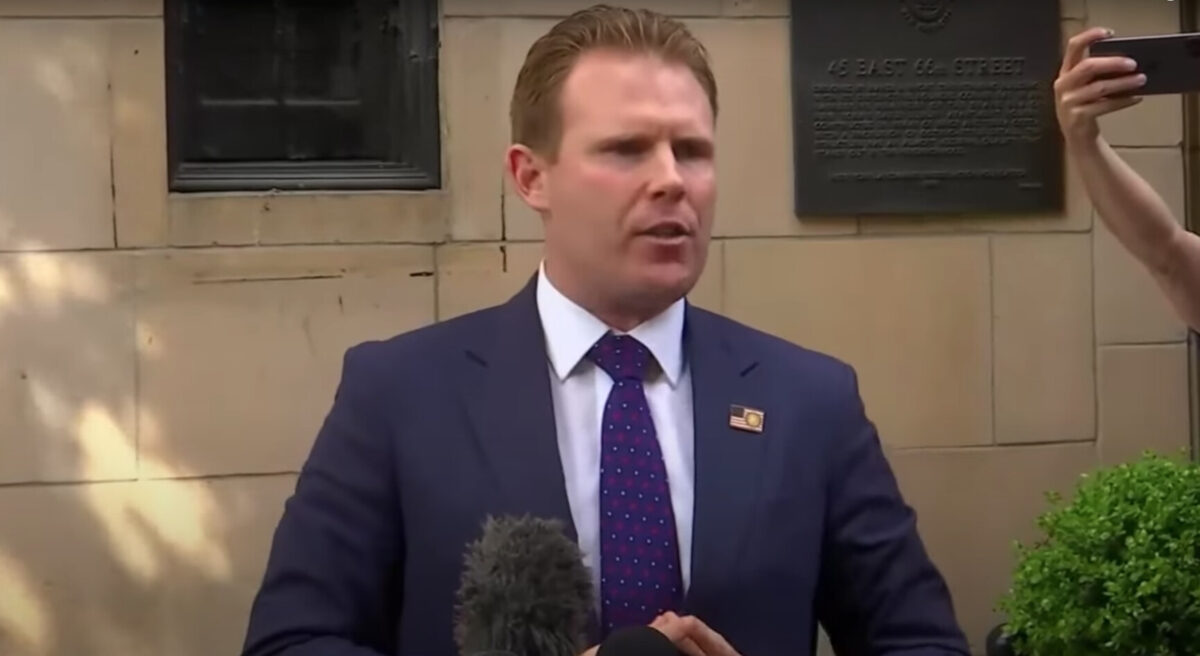 The young Giuliani, who also served as a former aide in the Trump administration, launched a campaign website on Tuesday, touting several of his accomplishments in the state and his experience as a business CEO while also completing an apprenticeship in finance and real estate during that time.

“For New Yorkers, Andrew helped to preserve thousands of MTA jobs by facilitating CARES Act funding,” the website reads. “He also worked with the Treasury Department and Health and Human Services to ensure that the $3.9 million that had been inadvertently taken out of the 9/11 First Responders Fund over thirteen years and three administrations was completely refunded.”

“I plan to run,” Giuliani told the Washington Examiner, saying that he believes he has the best chance to “win and take the state back” outside of “anybody named Trump.”

Giuliani, who has never been elected to public office, will be running against several other Republicans who have already declared their candidacies, including Rep. Lee Zeldin, who currently represents the state’s 1st Congressional District and has already been backed by several Republican officials.

Giuliani’s announcement for candidacy comes amid a series of escalating controversies for Gov. Andrew Cuomo, a Democrat now in his third term and expected to run for a fourth who has recently been met with multiple allegations of sexual harassment against him, as well as his handling of the CCP (Chinese Communist Party) virus pandemic, particularly regarding nursing home deaths.

Cuomo, 63, has denied the allegations against him.

During an interview with the New York Post, Giuliani said he is confident in defeating the incumbent governor next year.

Giuliani brought up Cuomo’s controversial actions related to thousands of deaths in nursing homes in New York, saying the governor should have resigned.

“It was Andrew Cuomo’s actions that killed 9,000 senior citizens in nursing homes in New York,” he said. “Cuomo didn’t use the USS Comfort ship or the Javits Center to house seniors with COVID. He didn’t want to give President Trump a political victory.”

In 2017, Giuliani was appointed by President Donald Trump to the position of associate director in the Office of Public Liaison. Late last year, Trump named him to serve on the United States Memorial Holocaust Council.

He was added as a contributor to Newsmax TV last month, after appearing as a guest on the conservative network while still employed by the White House.