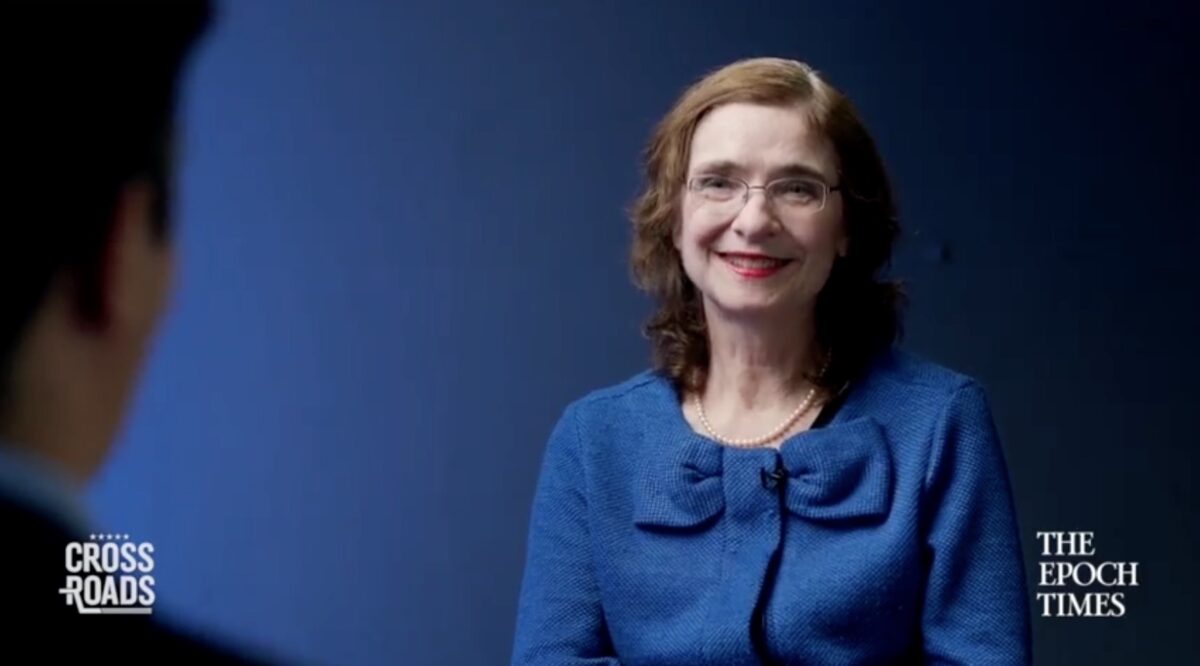 The 1619 Project attempts to cast the Atlantic slave trade as the dominant factor in the founding of America, rather than ideals such as individual liberty and natural rights. The initiative has been widely panned by historians and political scientists, with some critics calling it a bid to rewrite U.S. history through a left-wing lens.

In the interview, Grabar criticized the project for inaccuracies such as the American Revolution having been fought to preserve the institution of slavery rather than for seeking independence from Britain.

“The way the 1619 Project presents it, it’s an oversimplified form,” Grabar said, referring to the dynamics of slavery and growing opposition to it ahead of the 1776 Declaration of Independence and the Revolutionary War.

Grabar said the situation was that Britain was deeply vested in the slave trade and that, “they were actually encouraging the colonies to use slave labor, because they were leading in the international slave trade.”

“They were making a lot of money, and they wanted the colonies to have the slaves,” Grabar insisted, adding that the reality of the dynamics around slavery in America run counter to the claims made by proponents of the 1619 Project.

The 1619 Project was inaugurated by an essay by New York Times writer Nikole Hannah-Jones, who essentially made the argument that what drove America’s founders to seek independence from Britain was a desire to continue owning slaves.

“Conveniently left out of our founding mythology is the fact that one of the primary reasons some of the colonists decided to declare their independence from Britain was because they wanted to protect the institution of slavery,” Hannah-Jones wrote, arguing further that the profits from slave labor empowered America’s founders to push for independence.

“In other words, we may never have revolted against Britain if some of the founders had not understood that slavery empowered them to do so; nor if they had not believed that independence was required in order to ensure that slavery would continue,” Hannah-Jones wrote, adding, “It is not incidental that 10 of this nation’s first 12 presidents were enslavers, and some might argue that this nation was founded not as a democracy but as a slavocracy.”

Grabar said in the interview that this interpretation is inaccurate.

“It’s the opposite of what Hannah-Jones … is saying,” Grabar said, adding that it wasn’t until 1787 that the abolitionist movement started in England, around four years after the 1783 Treaty of Paris was signed, which officially ended the American Revolutionary War.

“A lot of the narratives being pushed right now are also these ideas that the whole history of America was basically some type of tyranny,” Grabar said, rather than the fact that the “American system was trying to fight against tyranny of different kinds.”

“The American model for world governance was always based on that,” Grabar said, referring to fighting against tyranny. She added that what we are now seeing with the 1619 Project “is a reversal of that whole narrative.”

She argued that the broader context for such distortions of history is to cast America as fundamentally tyrannical, facilitating the replacement of its free-market capitalist system with a socialistic regime.

Other historians have widely criticized the 1619 Project, with Pulitzer Prize-winning historian Gordon Wood calling it “so wrong in so many ways.” Another Pulitzer Prize-winner, James McPherson, the dean of Civil War historians, argues that it presents an “unbalanced, one-sided account” that leaves out key historical facts.

Thomas Mackaman, a history professor at King’s College in Wilkes-Barre, Pennsylvania, told The Wall Street Journal that, in his view, the American Revolution didn’t establish a “slavocracy,” as Hannah-Jones suggests, but it instead “brought slavery in for questioning in a way that had never been done before” by “raising universal human equality as a fundamental principle.”

In a proposed new rule released April 19, the Education Department outlined new priority criteria for a $5.3 million American History and Civics Education grant, as well as exemplary materials for K-12 educators to use, including the 1619 Project.

“Our nation’s youth do not need activist indoctrination that fixates solely on past flaws and splits our nation into divided camps. Taxpayer-supported programs should emphasize the shared civic virtues that bring us together, not push radical agendas that tear us apart,” McConnell and his GOP colleagues wrote in the letter (pdf).

Joshua Phillip contributed to this report.