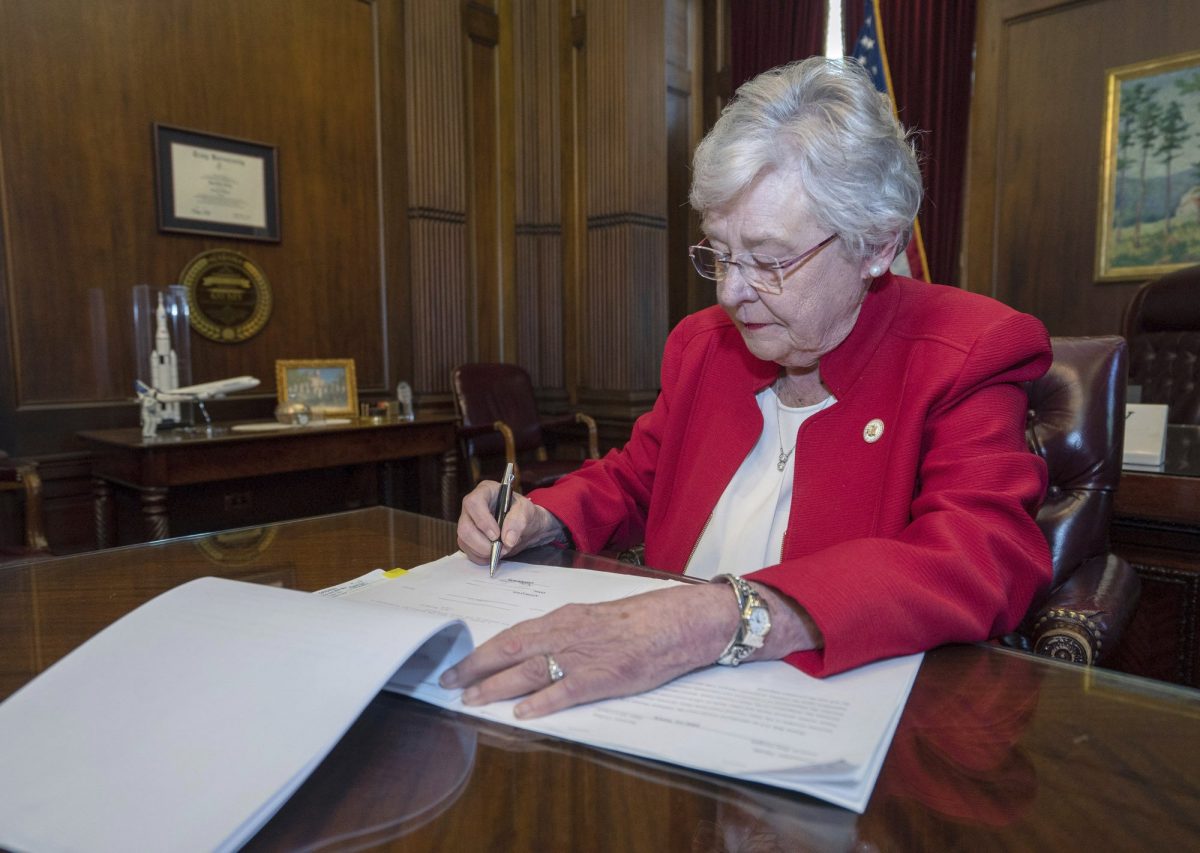 Alabama Gov. Kay Ivey has signed into law a bill that bans transgender student-athletes from competing on single-sex teams that match their gender identity, making her state the second in the nation to enact such a ban.

House Bill 391, which overwhelmingly passed the Republican-controlled state legislature last week, mandates that those who are not biologically male or female will not be able to participate in Alabama’s school-sponsored sports events that are exclusively for biological males and females, respectively.

According to the bill, it’s important to make sure sports teams remain separate and sex-specific so that female athletes can have equal opportunity to compete, considering inherent athletic advantages for biological males including, on average, a larger body size, more skeletal muscle mass, lower percentage of body fat, and greater maximal delivery of anaerobic and aerobic energy.

The bill doesn’t specify how student-athletes can prove their biological sex, although its earlier version said that will be determined by their birth certificates.

The states’ legislative efforts came as the Biden administration pushed to open up single-sex spaces and competitions to members of the opposite sex depending on the person’s stated gender identity. An executive order signed by President Joe Biden on his first day in White House states that it’s the new administration’s policy to make sure children are able to “learn without worrying about whether they will be denied access to the restroom, the locker room, or school sports.”

Miguel Cardona, who was confirmed in March as the new U.S. Secretary of Education, also said during his Senate confirmation hearing that he believes it’s the right of male-born transgender students to compete in girls’ sports.

“I think it’s critically important to respect the rights of all students, including students who are transgender, and that they are afforded the opportunities that every other student has to participate in extracurricular actives,” Cardona said at that time.