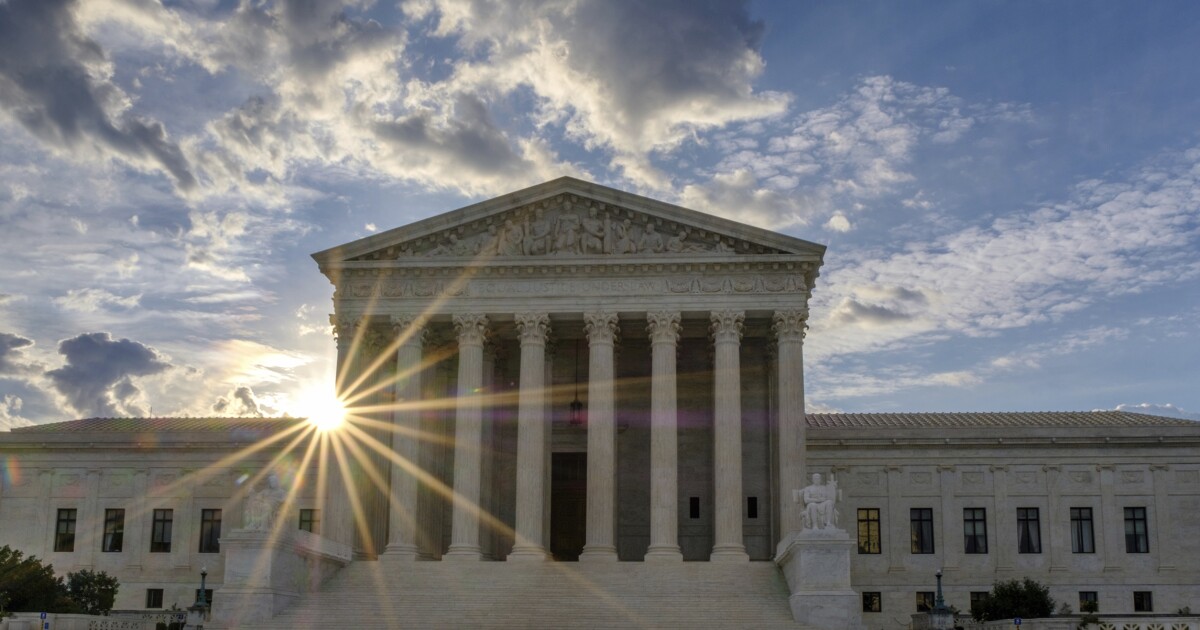 The American Civil Liberties Union is asking the Supreme Court to provide access to the rulings of the Foreign Intelligence Surveillance Court, arguing there is a First Amendment right to access the classified decisions on the legality of obtaining wiretaps and other surveillance against Americans allegedly tied to foreign intelligence threats.

The secretive FISA court, first established by the Foreign Intelligence Surveillance Act of 1978, has almost never released any of its decisions, though it has been thrust into the spotlight in recent years, especially following a Justice Department watchdog report that harshly criticized the FBI’s actions in obtaining a FISA warrant and three renewals against Trump campaign associate Carter Page while relying upon a discredited dossier compiled by British ex-spy Christopher Steele.

“This specialized court originally had a narrow role but today it routinely issues decisions that have far-reaching implications for Americans’ rights,” Olson, who held the top government lawyer role under former President George W. Bush, said. “It’s crucial to the legitimacy of the foreign intelligence system, and to the democratic process, that the public have access to the court’s significant opinions … It’s simply untenable to hold, as the Foreign Intelligence Surveillance Court effectively did, that whether the court’s opinions are published is up to the executive branch alone to decide.”

The petition to the Supreme Court asked it to review September and November opinions by the FISA court and by the Foreign Intelligence Surveillance Court of Review, which claimed it lacked the jurisdiction even to consider whether the First Amendment guarantees a qualified right to public access to surveillance court decisions.

“The FISC’s role was originally narrow, but today, as a result of legislative changes and new technology, the court evaluates broad programs of surveillance that can have profound implications for Americans’ privacy, expressive, and associational rights,” the ACLU petition said, adding, “Whether there is a constitutional right of access to significant legal opinions issued by the FISC, and whether there is any forum in which to assert such a right, are questions of exceptional importance. The decisions of the FISC affect the privacy, expressive, and associational rights of every American.”

The FISA court’s then-presiding Judge Rosemary Collyer denied an ACLU motion seeking access to the court’s decisions in February 2020, and the FISA review court held that it lacked jurisdiction over the petition seeking appellate review in April 2020.

Judge James Boasberg, currently presiding over the FISA court, ruled in September: “This Court is now convinced that exercising jurisdiction over the pending motion in this matter would be inconsistent with the Foreign Intelligence Surveillance Court of Review’s decision. The FISCR determined that it lacked statutory subject-matter jurisdiction because Congress did not empower the federal courts established under FISA to consider constitutional claims, a freestanding motion asserting a qualified First Amendment right of access did not fall within any of the FISCR’s jurisdictional categories enumerated in the statute.”

Judge David Sentelle, the presiding judge of the FISA court of review, noted in November that the court had previously “dismissed for lack of jurisdiction a petition filed by a group of organizations who were seeking … disclosure of certain opinions … that contained redacted, non-public material classified by the Executive Branch” and again rejected the effort.

DOJ Inspector General Michael Horowitz released a report in December 2019 that criticized the Justice Department and the FBI for at least 17 “significant errors and omissions” related to the FISA surveillance of Page, who was never charged with a crime and denied any wrongdoing, as well as the heavy reliance on Steele’s salacious Democratic-funded dossier to obtain the wiretap authority.

Following its losses in trying to pry details from the FISA court, the ACLU is turning to the Supreme Court.

“Secret court rulings are corrosive in a democracy, especially when they so often hand the government the power to peer into our digital lives,” Patrick Toomey, a senior staff attorney at the ACLU’s National Security Project, said Monday, adding, “These opinions are the law and they should be public, not kept hidden where only a secret court and the government know what they mean for our rights.”

The FISA court will remain heavily scrutinized, especially as special counsel John Durham continues his investigation of the Trump-Russia investigators.

“The FBI's handling of the Carter Page applications … was antithetical to the heightened duty of candor,” Collyer said in late 2019, adding that “the frequency with which representations by FBI personnel turned out to be unsupported or contradicted by information in their possession, and with which they withheld information detrimental to their case, calls into question whether information contained in other FBI applications is reliable.”

In March 2020, Boasberg ordered that “no DOJ or FBI personnel under disciplinary or criminal review relating to their work on FISA applications shall participate in drafting, verifying, reviewing, or submitting such applications to the Court.”

FBI Director Christopher Wray told lawmakers all of the FBI employees mentioned in Horowitz's December 2019 report were referred to the Office of Professional Responsibility. The Justice Department has said at least the final two of four Page FISA warrants were “not valid.” Wray testified there had been at least some illegal surveillance.

Ex-FBI lawyer Kevin Clinesmith admitted to Durham last summer that he falsified a document, editing a CIA email in 2017 to state falsely that Page was “not a source,” in a criminal case over which Boasberg presided. Clinesmith was sentenced to one year of probation and no prison time.