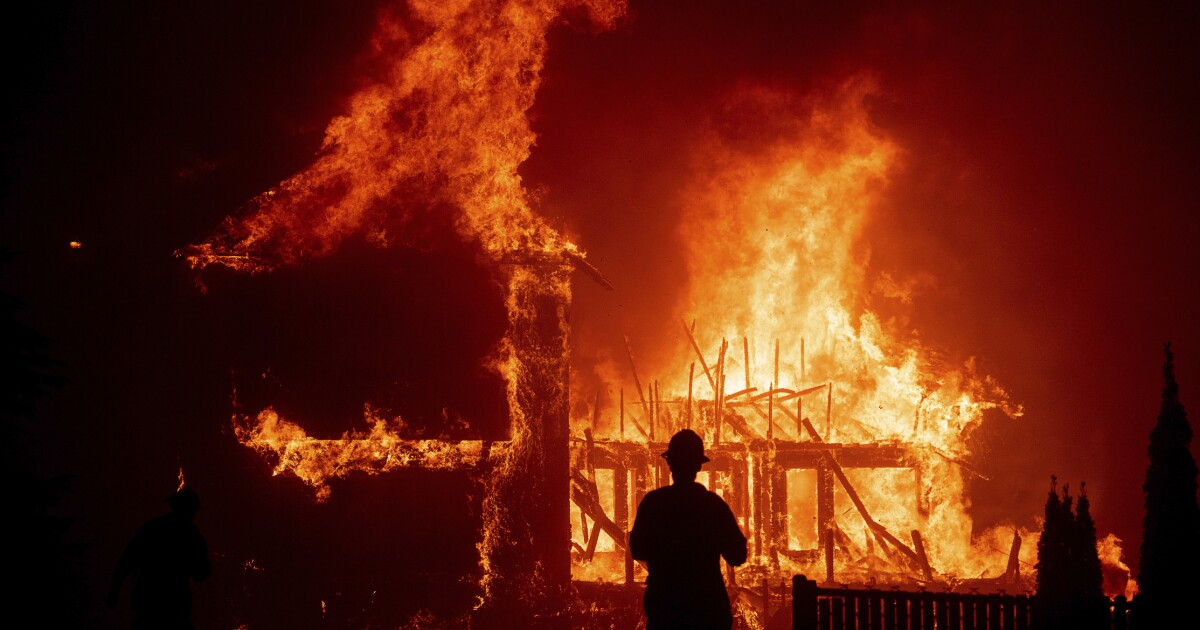 As even casual observers of social media know, takes on any given event now appear as quickly as the events themselves unfold, and self-appointed shapers of public opinion rarely wait for the facts to come in before serving up half-baked views on them. The “historian here!” Twitter thread, in which history professors claim to offer a scholarly perspective on the latest media pseudo-event, became an all-too-familiar genre in the Trump era. The dinosaurlike publishing world, to compete with the digital purveyors of this sort of rapid-fire thinking, must now try to keep up by churning out a steady stream of ephemeral bestsellers.

In Doom: The Politics of Catastrophe, the prolific author and Hoover Institution fellow Niall Ferguson largely avoids the temptations of the popular historian in the digital age. He remains coolheaded and honest about the limitations of his perspective. Ferguson is known for stoking controversy, particularly with his apologias for empire, but Doom steers mostly clear of such provocations. The book is framed partly as a plague diary, conceived, written, and revised over the course of 2020, as the world was succumbing to the pandemic and its social, political, and economic fallout. At the same time, Ferguson contextualizes the crisis in the long history of disasters: not only the plagues that have threatened civilization from the beginning, but a range of other catastrophes, natural (earthquakes, tsunamis, hurricanes) and anthropogenic (wars, financial crashes, nuclear meltdowns), and how different societies have responded to them.

Ferguson argues that natural and manmade disasters should not be viewed as entirely separate. He draws upon the economist Amartya Sen’s hypothesis that famines, typically imagined as consequences of climatic disruptions, are best understood as political phenomena. Famine, Sen asserts, has less to do with the undersupply of food than with its distribution, a problem exacerbated by authoritarian governments indifferent to their subjects’ well-being but mitigated by democracies responsive to citizen demands. Ferguson accepts Sen’s basic point, but he proceeds to demonstrate that the political remedies for other sorts of disasters are less clear-cut: “Democratic institutions are far from a sufficient safeguard against disasters of all kinds,” he argues, and this is one of the key lessons of COVID-19.

Even relatively effective and accountable governments may fail to respond competently to certain sorts of disasters, Ferguson contends, because these disasters unfold in ways that contravene humans’ deep cognitive biases. Pundits and commentators of all stripes described COVID-19 as “unprecedented” — an assessment that “merely conveys their ignorance of history,” Ferguson says. Catastrophes such as COVID-19 may be irregular, but they occur again and again across human history, a fact well known to public health authorities. In this sense, the pandemic was a “gray rhino” — a “dangerous, obvious, and highly probable event” — even as it was experienced as what Nassim Nicholas Taleb has dubbed a “black swan,” something rare and unforeseeable.

As Ferguson argues, disasters such as COVID-19 always take us by surprise because, unlike most natural and human phenomena, they don’t follow a “normal” or bell-curve distribution, in which the vast majority of instances fall somewhere around the median. There is no “average” pandemic, just as there is no average earthquake, hurricane, war, or financial crisis. Instead, such events map onto a power-law or long-tailed distribution, in which a few outsize instances cluster at the extreme end of the graph, towering above all others in their scale and impact. Since our minds are habituated to normally distributed phenomena, we struggle to assess the enormity of such disasters as they are unfolding, much less respond effectively to them. They bewilder experts and authorities as much as casual observers. They also stymie prediction. For Ferguson, history repeats itself, but not in ways regular enough for us to anticipate its course. He offers a critical survey of attempts by historians, notably the pioneer of “cliodynamics,” Peter Turchin, to develop elaborate cyclical models, without much success.

The globally networked social and economic arrangements of the present have further complicated our response to the pandemic. This problem is not new, as Ferguson shows. From Athens and Rome to the present, the most advanced urban civilizations have always been susceptible to plagues because of their integration, which facilitates the spread of pathogens across vast territories. “The history of pandemics,” Ferguson says, “is as much a history of social networks as a history of pathogenic evolution.” Scientific and medical knowledge has advanced since those earlier times, but some problems are eternal. The failure to prevent the initial spread of COVID-19 owed more to a political incapacity to develop effective “nonpharmaceutical interventions” than to any deficit in our technical know-how.

Despite its foreboding title, Doom concludes that in the long history of infectious disease, COVID-19 has proven a middling plague, undoubtedly more medically serious than the average seasonal flu but far less deadly than its most notable predecessors. Its real significance, for Ferguson, is more political than medical. In this regard, the largely forgotten 1957-8 influenza pandemic offers a more revealing point of comparison than the better-known Spanish flu from 40 years earlier. This is because while the former exacted a sizable death toll, including a larger portion of young victims than the coronavirus, it had no comparable social or economic fallout and was contained effectively and quickly by a well-run vaccination program.

In Ferguson’s assessment, fledgling agencies such as the Centers for Disease Control and Prevention and the Department of Health, Education, and Welfare, later the Department of Health and Human Services, performed their jobs more effectively and efficiently in the late 1950s than the 2020s despite the astronomical expansion in staffing and budget in the intervening years. This leads Ferguson to one of his more provocative conclusions: “The rise of the ‘administrative state’ has produced pathologies every bit as harmful, and perhaps in the long run more so, than the virus SARS-CoV-2.” In one chapter, he examines what he calls the “fractal geometry of disaster” — the manner in which a variety of disasters and failed responses to them contain within themselves a series of smaller disasters, often located “in the middle layer of the organization chart,” amid sclerotic bureaucracies that breed perverse incentives.

The vast expansion of the federal public health and national security apparatus, Ferguson observes, left it unclear who was truly in charge of addressing the COVID-19 crisis. The director of the CDC, the surgeon general, the secretary of HHS, the Federal Emergency Management Agency administrator, and the secretary of the Department of Homeland Security were all plausible candidates, but of course, it was Dr. Anthony Fauci, director of yet another federal agency, who became the public face of the response. The problem with this arrangement is that it was never clear who would be ultimately accountable. This lack of accountability reduced the incentives for success, particularly when the relevant measures might prove controversial, as revealed by the successive panicked reversals of the British government’s policy early in the pandemic.

Ferguson is pessimistic on the possibility of anticipating the next big disaster, and he warns that any attempt to do so may simply leave us fighting the proverbial last war, but his recommendations for future resilience focus on paring back and reforming the ineffectual agencies and governing structures that have hampered the West’s response to the pandemic. In the end, however, this advice sounds more like a standard call for streamlining government than a concrete recommendation for reform. Like other observers, Ferguson sees a model in smaller countries, including South Korea, Taiwan, and Israel, which fared better than average in response to the pandemic, but he does not offer much detail on how or why their governance structures proved to be more resilient. Rather, he emphasizes that these three countries share a strong awareness of the existential security threats they face.

The final chapter, in which he asserts that China has already declared a cold war on the United States, implies that adopting a comparable siege mentality would be a first step toward a reinvigoration of politics and governance that will enable more robust responses to future crises. One wonders, however, if Ferguson, a past supporter of various disastrous military ventures, may be offering yet another recipe for fighting the last war. Regardless, his book offers a persuasive case that while COVID-19 fell short of revealing the full destructive potential of pathogens, it exposed the unique vulnerabilities of the current political and economic order.