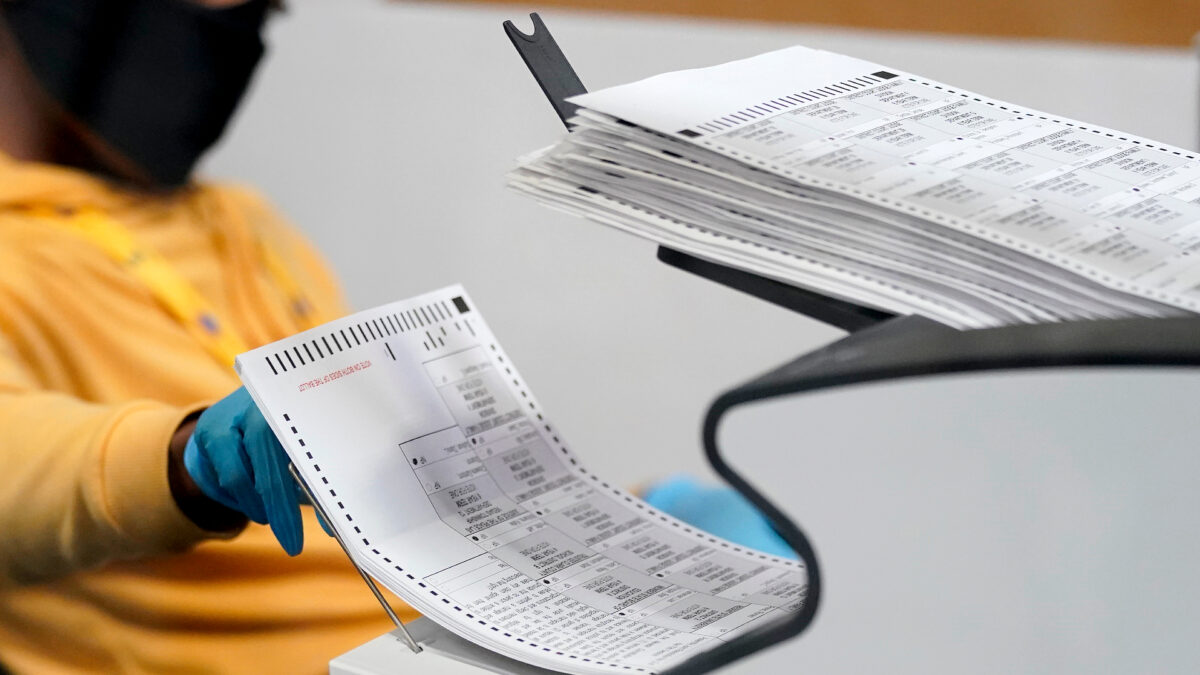 A Pennsylvania district attorney said that two women are slated to face voter fraud charges in separate incidents, with both trying to cast ballots in favor of their deceased mothers during the November 2020 election.

Authorities in Bucks County said the two women filled out mail-in ballots with the names of their dead mothers.

District Attorney Matthew Weintraub told news outlets that the incidents are isolated and said there was no evidence of “widespread or systematic election fraud here in Bucks County.”

“In each of these cases, the system caught the fraud first, as it was designed to do,” he said in a statement last week.

Danielle Elaine Dooner, 56, of Buckingham, and Melissa Ann Fisher, 51, of Quakertown, will be charged in relation to the alleged mail-in ballot violations. They each face violations of provisions relating to absentee and mail-in ballots, a misdemeanor of the third degree, officials said.

Dooner completed an application in late September or early October 2020 for her mother, who died on Sept. 29, 2020, according to Weintraub. Fisher signed the declaration on the ballot claiming to be her mother last year, his office said, adding that her mother died on Sept. 21, 2020.

The district attorney’s office said that it doesn’t know the party registrations of either woman and did not know for which candidate they voted for. Neither of the allegedly fraudulent ballots were opened and counted, Weintraub added.

“It was not anything intentional,” Fisher told the paper.

“In some of these investigations, the detectives obtained DNA samples from ballots and voters for analysis, took handwriting samples from voters, prepared and served search warrants for IP addresses for electronic mail-in-ballot application submissions, reviewed video surveillance of county government facilities, contacted and spoke to postal carriers and contacted and spoke to FBI agents assigned to voter irregularities,” his office said in a statement.

Last week, a Delaware County man was sentenced to five years’ probation after admitting to casting an illegal ballot during the election.

Bruce Bartman, 70, apologized to Common Pleas Court Judge Richard Cappelli during a hearing on April 30, saying he “made a stupid mistake” when he illegally cast a mail-in ballot for his deceased mother.

Following the Nov. 3, 2020, election, a number of states are considering changing rules around absentee and mail-in voting. This week, in Florida, the state Legislature passed a bill that provides more regulations for ballot drop boxes as well as more identification requirements for voters who request a mail-in ballot.