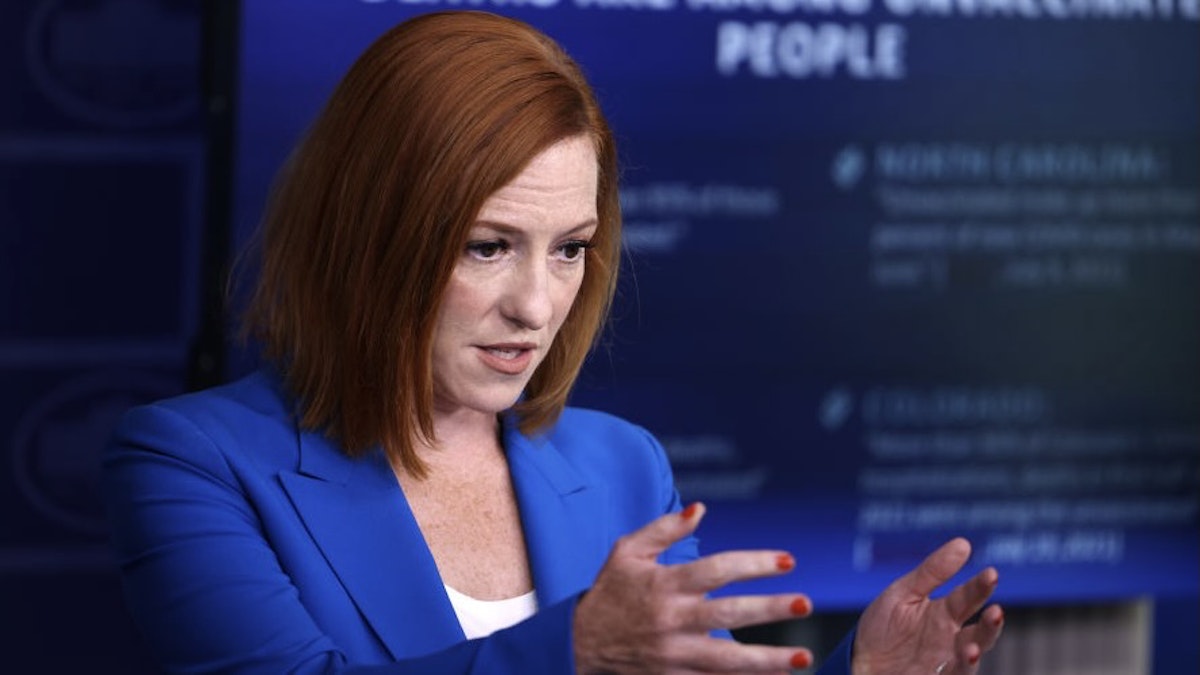 The White House is calling on Congress to extend the moratorium on evictions that is set to expire on Saturday.

Last month, a Supreme Court order permitted the moratorium to continue until the end of July. In his opinion, Justice Brett Kavanaugh wrote that “the Centers for Disease Control and Prevention exceeded its existing statutory authority by issuing a nationwide eviction moratorium.”

“Because the CDC plans to end the moratorium in only a few weeks, on July 31, and because those few weeks will allow for additional and more orderly distribution of the congressionally appropriated rental assistance funds, I vote at this time to deny the application to vacate the District Court’s stay of its order,” he added.

He noted that “clear and specific congressional authorization (via new legislation) would be necessary for the CDC to extend the moratorium past July 31.”

“Given the recent spread of the delta variant, including among those Americans both most likely to face evictions and lacking vaccinations, President Biden would have strongly supported a decision by the CDC to further extend this eviction moratorium to protect renters at this moment of heightened vulnerability,” White House Press Secretary Jen Psaki said in a statement, per The Hill.

“Unfortunately, the Supreme Court has made clear that this option is no longer available,” she added.

“In light of the Supreme Court’s ruling, the president calls on Congress to extend the eviction moratorium to protect such vulnerable renters and their families without delay,” Psaki said, adding that the evictions ban is “a critical backstop to prevent hard-pressed renters and their families who lost jobs or income due to the COVID-19 pandemic from being evicted for nonpayment of rent.”

“House Democratic leaders started canvassing the chamber for votes on Thursday to determine if they had enough support to extend the moratorium until December 31, according to a senior party aide, who requested anonymity to describe the leadership’s thinking. Democrats aim to bring up the measure before departing this week,” The Washington Post reported.

“The Administration remains committed to doing everything in its power to keep people safely and securely housed, which is essential to the health, well-being and dignity of all of us,” she said.

As The Daily Wire reported last month, the U.S. Centers for Disease Control and Prevention (CDC) announced that “Director Dr. Rochelle Walensky has signed an extension to the eviction moratorium further preventing the eviction of tenants who are unable to make rental payments.”

The moratorium was extended through July 31, and the CDC stated that “this is intended to be the final extension of the moratorium.”

As reported by CNBC, the White House has taken several actions to attempt to help homeowners, tenants, and property managers. Landlords, however, especially those who run smaller businesses, continue to struggle as the government allows people to forego their payments.

As reported by local outlet WXYZ Detroit, landlords explained why rent prices have been increasing for tenants.

“We struggled along with everyone else in the pandemic,” Deborah Collins said, who manages 25 apartments and rental homes.

“We canceled all late fees for the year, we worked on payment plans for any residents that were behind,” she added.

She said that the eviction moratorium meant that landlords had to permit tenants not to pay rent for months. “A lot of housing providers are trying to recoup those losses, and are doing it with a rental price hike,” Collins noted.