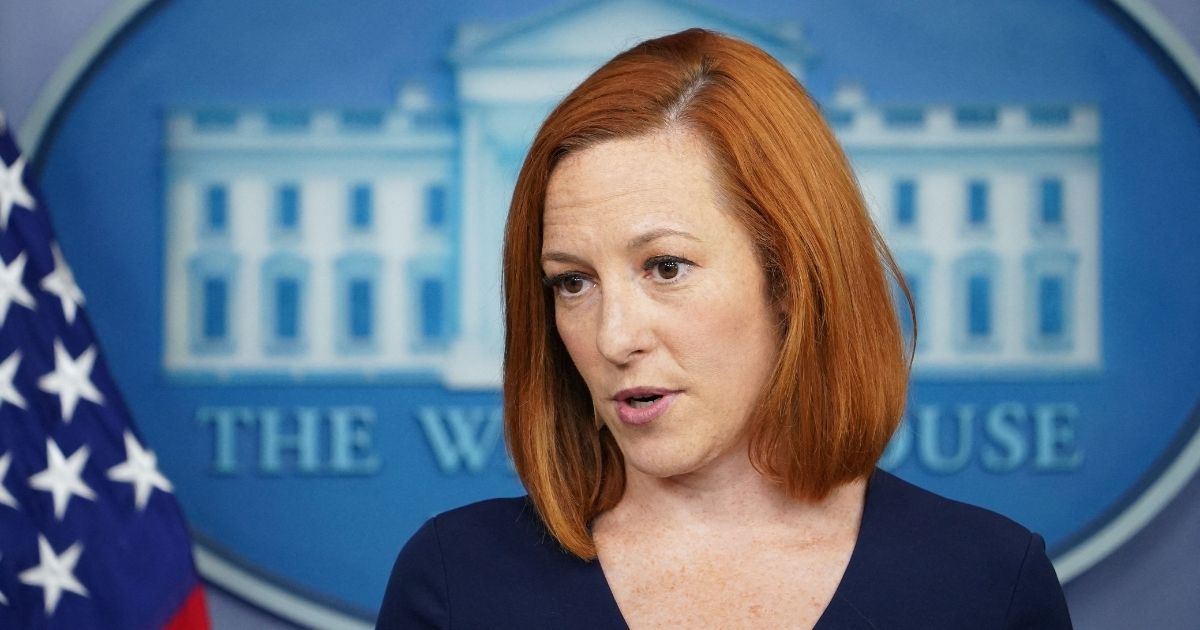 White House press secretary Jen Psaki appeared to blame the military, and not policy or those who create it, for the country’s failure to achieve objectives throughout the last two decades in Afghanistan.

Speaking on the news that U.S. troops will leave the country by the end of the year, Psaki made a statement that, whether intentional or not, came off as disrespectful to those who have served in the country.

Psaki was asked if Biden intends to celebrate the withdrawal of American soldiers from Afghanistan — bringing about the end of the country’s longest war. Her answer left many people angry.

“I’m not going to rule out when — if he will or won’t speak on Afghanistan in the future. In terms of plans for the end — for our men and women coming back, I don’t have anything to preview, but we don’t — we’re not going to have a ‘mission accomplished’ moment in this regard,” she said, according to an official transcript of her remarks provided by the White House.

.@PressSec Jen Psaki on Afghanistan withdrawal: “We’re not going to have a ‘mission accomplished’ moment in this regard. It’s a 20-year war that has not been won militarily.” pic.twitter.com/OuJYaG3bGG

The comment was an apparent jab at former President George W. Bush and his 2003 declaration that the military objectives in Iraq and been achieved. But Psaki then commented on what was she had apparently perceived as a military failure in Afghanistan.

“It’s a 20-year war that has not been won militarily,” she said. “We are proud of the men and women who have served — incredibly grateful. The president will note that in his remarks today — how grateful he is for their service and the families who have sacrificed over the last 20 years.”

Psaki said that the administration will continue to “press for a political outcome and a political solution.”

Do you think Psaki was disrespectful to veterans of the war on terror?

“But beyond that, I think we’re going to continue to look for ways to communicate why we make the choices we make.”

Psaki was then asked the question, “Has this mission not been accomplished?”

“Well, I would say, we did exactly what we wanted to do. … We’re having a moment where we feel it’s in our national security interests to bring our men and women serving home,” she said. “We did exactly what we intended to do, and certainly that is something, thanks to the leadership of our military, we have achieved. However, there is not benefit, in our view, in continuing to fight this war militarily.”

The answer from Psaki was panned online by people who saw her as having slighted veterans of the costly war.

White House spox says the military did not win the war in Afghanistan https://t.co/i2eGY1txYA

We took the country in 3 months and then got drug down in RoE and nation building. To say we did not win militarily is beyond absurd. I have many other words to say, but will keep them to myself. https://t.co/kUaZ3xzIIS

Very poor choice of words & offensive. There is no military solution in Afgh, but troops most certainly prevailed in their part.

The fundamental failures are from politicians in DC who never articulated a proper purpose/strategy & in Kabul w/ lack of leadership/corruption. https://t.co/L7vAdXHK9j

It was won militarily. It was lost in DC. That’s on our politicians, our military did their part. @PressSec https://t.co/3xlN9TPVy0

Of course, many troops who fought in Afghanistan throughout the last two decades would cite the always-changing rules of engagement for U.S. troops in the country throughout four administrations.

As Reuters reported in 2016, the final year of former President Barack Obama’s administration, the rules for engaging enemy combatants were “not fully understood, even by some troops on the ground, compromising the mission to stabilize the nation and defeat a worsening Islamist insurgency.”

The outlet noted that under the then-rules of engagement, some U.S. forces “generally cannot attack Taliban targets except in self defense.”