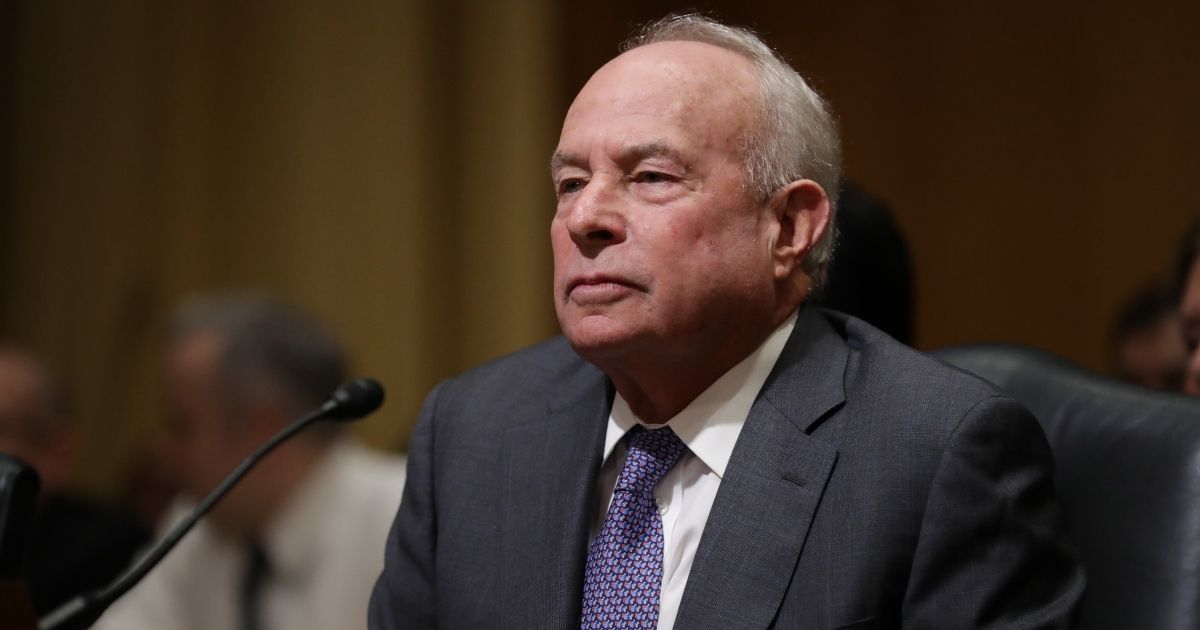 President Joe Biden has fired Social Security Commissioner Andrew Saul, but the appointee of former President Donald Trump said he intends to show up to work as normal on Monday as the termination is marred by accusations of dirty politics.

You’ve really got to hand it to Saul, who apparently refuses to get wrapped up in Washington’s partisan game-playing.

CNN reported Friday that Biden had asked Saul for his resignation. Saul declined, so Biden announced he was being terminated.

Biden also asked for the resignation of David Black, deputy commissioner of the Social Security Administration, who agreed to step down.

A White House official excoriated Saul in a statement to CNN.

“Since taking office, Commissioner Saul has undermined and politicized Social Security disability benefits, terminated the agency’s telework policy that was utilized by up to 25 percent of the agency’s workforce, not repaired SSA’s relationships with relevant Federal employee unions including in the context of COVID-19 workplace safety planning, reduced due process protections for benefits appeals hearings, and taken other actions that run contrary to the mission of the agency and the President’s policy agenda,” the official said.

Biden intends to fill Saul’s position quickly, replacing him with Kilolo Kijakazi until a permanent replacement is found and approved to run the SSA.

Saul isn’t going to let a little thing like Biden firing him stop him from working on behalf of the American people after a bipartisan Senate vote approved him for the job.

Do you support Saul's decision to resist his termination?

“I consider myself the term-protected commissioner of Social Security,” Saul told The Washington Post, adding that he will log in to work remotely on Monday.

Saul even accused Biden of a Nixonian scandal, calling his termination a “Friday Night Massacre.”

The SSA is a nonpartisan agency, and its commissioner is appointed for a term of six years. Saul was supposed to lead the agency until January 2025, and he apparently intends to do so.

His firing is highly unusual, as Politico reported.

“The termination is abnormal, as the heads of independent agencies such as the SSA don’t turn over with a new administration. Biden similarly removed Mark Calabria as the regulator of U.S. mortgage giants Fannie Mae and Freddie Mac last month, hours after the Supreme Court gave him the power to do so,” the outlet noted.

As the politicians and bureaucrats fight it out, Saul seems content with the position that is supposed to be his for another four years.

At least someone in Washington wants to get something done. Saul’s decision to stand up to a partisan termination ordered by a radical administration probably qualifies him for the job better than anything else could.

He certainly has all the right enemies:

BREAKING 🚨 The Trump-era holdovers bent on destroying Social Security, Andrew Saul and David Black, are OUT.

Seniors and people with disabilities are finally safe from their path of destruction.https://t.co/Fwocy56K3T

Based on those reactions from left-wing lawmakers, Saul’s refusal to back down might be in everyone’s best interest.