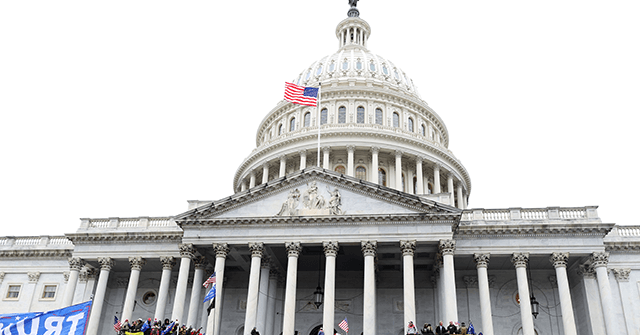 Several reporters have gone to therapy to cope with the January 6 Capitol riot, according to a report by Vice News.

“Reporters who survived the deadly Capitol riot are still struggling. Some won’t go back into the building. Several have sought therapy to deal with trauma. Many still aren’t sleeping well,” the publication said in a tweet.

In the “deadly” riot, the only person who died was Ashli Babbitt, a United States Air Force veteran. She was unarmed when she was fatally shot by a Capitol police officer as she climbed through a broken door into the Speaker’s Lobby. Three other people who died had medical emergencies, and Capitol Police officer Brian Sicknick suffered two strokes at the base of his brainstem as a result of a blood clot in an artery the day after the riot.

Half a year after their office was “attacked” the Capitol Hill press corps is “grappling with how to cover the insurrection’s fallout, as well as its impact on them personally and professionally,” Vice News said of reporters.

“I’m still not sleeping like I used to, even to this day,” said PBS NewsHour correspondent Lisa Desjardins. “I became kind of an insomniac.”

Reporters discussed their personal experiences inside the Capitol in the days following the riot. Though “few have publicly talked about the lasting effects in the months since—the toll that day took on them, the difficulty some have faced in returning to a site where they experienced trauma.”

“That day we weren’t just observers; we were one of their targets,” said Ginger Gibson, a politics editor at NBC News. “A lot of us reporters are having a tough time with that.”

Rep. Mike Waltz (R-FL) addressed Ocasio-Cortez’s comparison, deeming it both “sad and ignorant” and adding a dose of reality to her “false” equivalency by pointing out the New York Democrat “hasn’t lost fellow soldiers on the battlefield or seen friends permanently disfigured by Taliban attacks.”

The months before the January 6 riot were filled with Black Lives Matter protests and riots, in which 150 federal buildings were damaged and hundreds of law enforcement officers were injured, the New York Post reported.

At least 19 people died in the first 14 days of BLM protesting, according to Forbes. Though many news outlets characterized the protests as “mostly peaceful.”