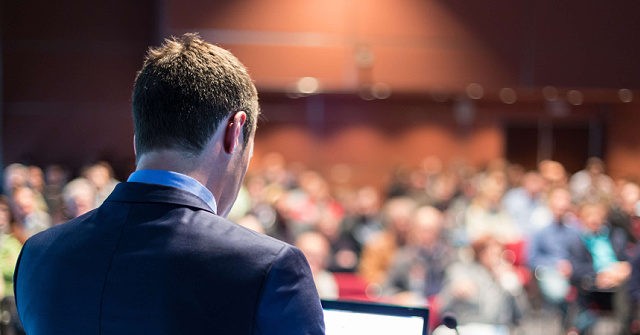 A geophysicist and professor at the University of Chicago who was scheduled to talk about climate change at the Massachusetts Institute of Technology (MIT) was blocked from speaking after faculty members and graduate students protested. The angry response was not because of the content of his proposed speech but because Dorian Abbot, who is white, has written in the past about his belief that while diverse selection pools are a good thing, the best person should win the prize based not on race but on merit.

Abbot’s past writings put him at odds with popular ideologies of leftists, like affirmation action and programs to promote diversity.

“Besides freedom of speech, we have the freedom to pick the speaker who best fits our needs,” Robert van der Hilst, the head of the earth, atmospheric and planetary sciences department at M.I.T., said in a New York Times report. “Words matter and have consequences.”

The Times reported on the growing “citational justice” movement:

Ever more fraught arguments over speech and academic freedom on American campuses have moved as a flood tide into the sciences. Biology, physics, math: All have seen fierce debates over courses, hiring and objectivity, and some on the academic left have moved to silence those who disagree on certain questions.

A few fields have purged scientific terms and names seen by some as offensive, and there is a rising call for “citational justice,” arguing that professors and graduate students should seek to cite more Black, Latino, Asian and Native American scholars and in some cases refuse to acknowledge in footnotes the research of those who hold distasteful views. Still the decision by M.I.T., viewed as a high citadel of science in the United States, took aback some prominent scientists. Debate and argumentation, impassioned, even ferocious, is the mother’s milk of science, they said.

“I thought scientists would not get on board with the denial-of-free-speech movement,” said Jerry Coyne, an emeritus professor of evolutionary biology at the University of Chicago. “I was absolutely wrong, 100 percent so.”

This is a debate fully engaged in academia. No sooner had M.I.T. canceled his speech than Robert P. George, director of Princeton’s James Madison Program in American Ideals and Institutions, invited him to give the speech there on Thursday, the same day as the canceled lecture. Dr. George is a founding member of the Academic Freedom Alliance, which is dedicated to promoting academic debate.

“M.I.T. has behaved disgracefully in capitulating to a politically motivated campaign,” George said. “This is part of a larger trend of the politicization of science.”

“I truly did not know what to say,” Abbot said in an interview with the Times. “We’re not going to do the best science we can if we are constrained ideologically.”

Then David Romps, a professor of climate physics at the University of California, Berkeley, announced that he would resign as director of the Berkeley Atmospheric Sciences Center after his colleagues refused to invite Abbot to speak.

“In my view, there are some institutional principles that we have to hold sacred,” Romps said.

“Some faculty members have come to see identity and racial inequities as more urgent than questions of muzzled speech,” the Times reported.

“This idea of intellectual debate and rigor as the pinnacle of intellectualism comes from a world in which white men dominated,” Phoebe A. Cohen, a geosciences professor and department chair at Williams College, said in the Times report.

The Times cited a column Abbot and Stanford professor Ivan Marinovic wrote in Newsweek in August that “drew an analogy between today’s climate on campus and Germany of the 1930s and warned of what happened when an ideological regime obsessed with race came to power and what it did to free thought.”

“Even supporters of Dr. Abbot’s free speech rights saw the comparison to Nazi Germany as overdrawn,” the Times reported. “But they added that it was hardly unusual for academics to draw rhetorical comparisons to the rise of fascism and communism.”

Abbot, 40, acknowledged that the controversy over his opinions could affect his career, but he said it is worth it.

“There is no question that these controversies will have a negative impact on my scientific career,” he said. “But I don’t want to live in a country where instead of discussing something difficult we go and silence debate.”