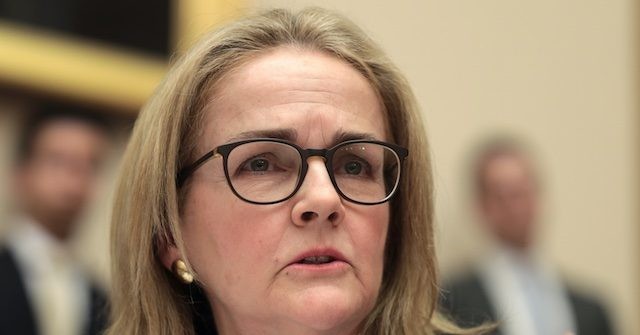 Representative Madeleine Dean (D-PA) claimed Friday on MSNBC’s “The ReidOut” that Republicans are the only party that both disrespects and defunds the police.

Dean said, “There is urgent need to fund the Capitol Police. As Senator Leahy has warned, by August will not be able to pay salaries.”

She continued, “We in the House passed a supplemental to support the Capitol Police that saved our lives, and the Senate has sat on it.”

Anchor Joy Reid said, “Sounds as if they are defunding the police…Do you feel safe in the Capitol in this moment?”

Dean said, “I think it is less safe. I take this personally. These Capitol Police saved my live. They protected me when I was an impeachment manager with such loyalty and devotion, and selflessness.