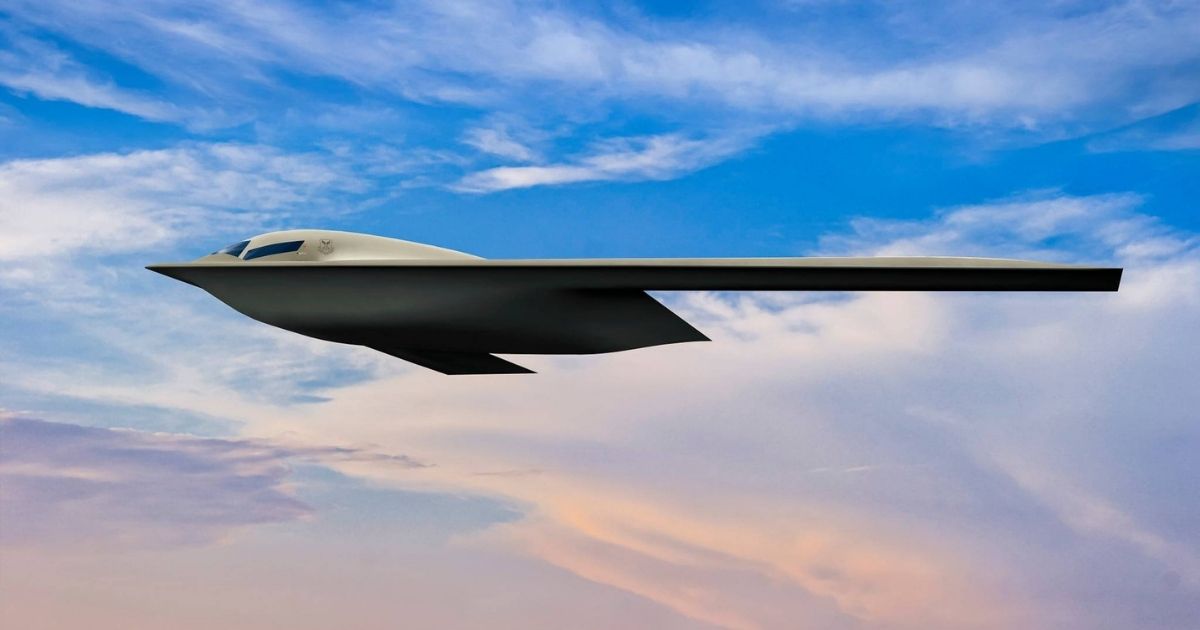 The Air Force has given the public its first glimpse at a new bomber that will replace two pieces of America’s bombing fleet.

The new bomber, which was developed to replace the B-1 and B-2 bombers, is dubbed the B-21 Raider, according to an Air Force news release.

“The B-21 Raider will be a dual-capable penetrating strike stealth bomber capable of delivering both conventional and nuclear munitions,” the Air Force said in a fact sheet about the new plane.

“The B-21 will form the backbone of the future Air Force bomber force consisting of B-21s and B-52s. Designed to operate in tomorrow’s high-end threat environment, the B-21 will play a critical role in ensuring America’s enduring airpower capability,” the fact sheet said.

Check out this artist rendering of the #B21!

The B-21 Raider will be a dual-capable penetrating strike stealth bomber capable of delivering both conventional & nuclear munitions.#Assurance #Deterrence #GlobalReach

For now, the 420th Flight Test Squadron based at Edwards AFB in California will have the lead role in moving the plane from the drawing board to the skies, according to the news release.

Once testing is completed, the first operations B-21 are scheduled to be based at Ellsworth AFB in South Dakota, with the Air Force saying that operational status is expected to be achieved “in the mid-2020s.”

“Nuclear modernization is a top priority for the Department of Defense and the Air Force, and B-21 is key to that plan,” said Randall Walden, Air Force Rapid Capabilities Office director.

Do you expect America will need this plane in a future war?

“The built-in feature of open systems architecture on the B-21 makes the bomber effective as the threat environment evolves. This aircraft design approach sets the nation on the right path to ensuring America’s enduring airpower capability,” he said.

“The B-21 Raider will be a component of a larger family of systems for conventional Long Range Strike, including Intelligence, Surveillance and Reconnaissance, electronic attack, communication and other capabilities. It will be nuclear capable and designed to accommodate manned or unmanned operations,” according to the fact sheet.

The fact sheet said the plane will employ a “mix of stand-off and direct-attack munitions.”

The B-21 is being designed with “open systems architecture to reduce integration risk and enable competition for future modernization efforts to allow for the aircraft to evolve as the threat environment changes,” the fact sheet said.

It also noted that the B-21 will fly with a bit of history in its name.

“The B-21 Raider is named in honor of the historic Doolittle Raiders, U.S. Army Air Force men who are known for their surprise attack against Japan during World War II on April 18, 1942, which forced the Japanese to recall combat forces for home defense, and boosted morale among Americans and U.S. allies abroad. The designation B-21 recognizes the Raider as the first bomber of the 21st century,” the fact sheet said.

The Air Force estimated that each plane will cost about $639 million in 2019 dollars.

The Air Force plans to order 100 of the planes.

In summarizing its review of the new bomber, Popular Mechanics noted, “As relations with Russia and China continue to deteriorate, the U.S. could find itself with a need for a permanent, Cold War-style force of nuclear-armed bombers ready to take to the skies at a moment’s notice.”