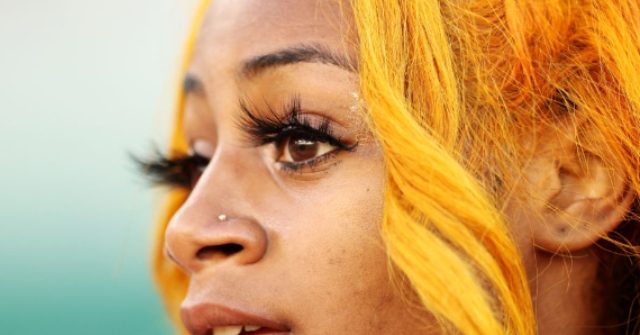 In fact, the Super Bowl champion and richest player in NFL history calls the decision, “ridiculous.”

Richardson received a one-month ban after testing positive for THC, the main active ingredient in marijuana. That ban, resulted in her not being able to compete in the 100m race. There was still a chance Richardson could compete in the 4×100 relay, but the USATF elected to leave her off the roster for that race as well effectively ending her chance at competing in the Tokyo Olympics.

During an appearance on ESPN’s First Take, Mahomes said he believes Richardson should be on the team despite making a “mistake,” because she has “put the work in.”

Patrick Mahomes speaks on Sha'Carri Richardson being left off the Olympic relay team.

“She put in the work. Even though she made a mistake, like we all make mistakes … to not let her be at the Olympics at all is pretty ridiculous to me.” pic.twitter.com/MUqxqzl3ye

“She put in the work,” Mahomes explained. “Even though she made a mistake — like we all make mistakes in whatever way that is — but to give her an almost extra ban, to not let her be at the Olympics at all, it’s pretty ridiculous to me.”

The USATF explained their decision by saying that the issue went to the organization’s very credibility.

“All USATF athletes are equally aware of and must adhere to the current anti-doping code, and our credibility as the National Governing Body would be lost if rules were only enforced under certain circumstances.”

That explanation, however, doesn’t wash with Mahomes.

“For her to be left off, after all the hard work and dedication that she’s put into the sport, and for her to be one of those bright young stars for the USA, it’s just disappointing.”