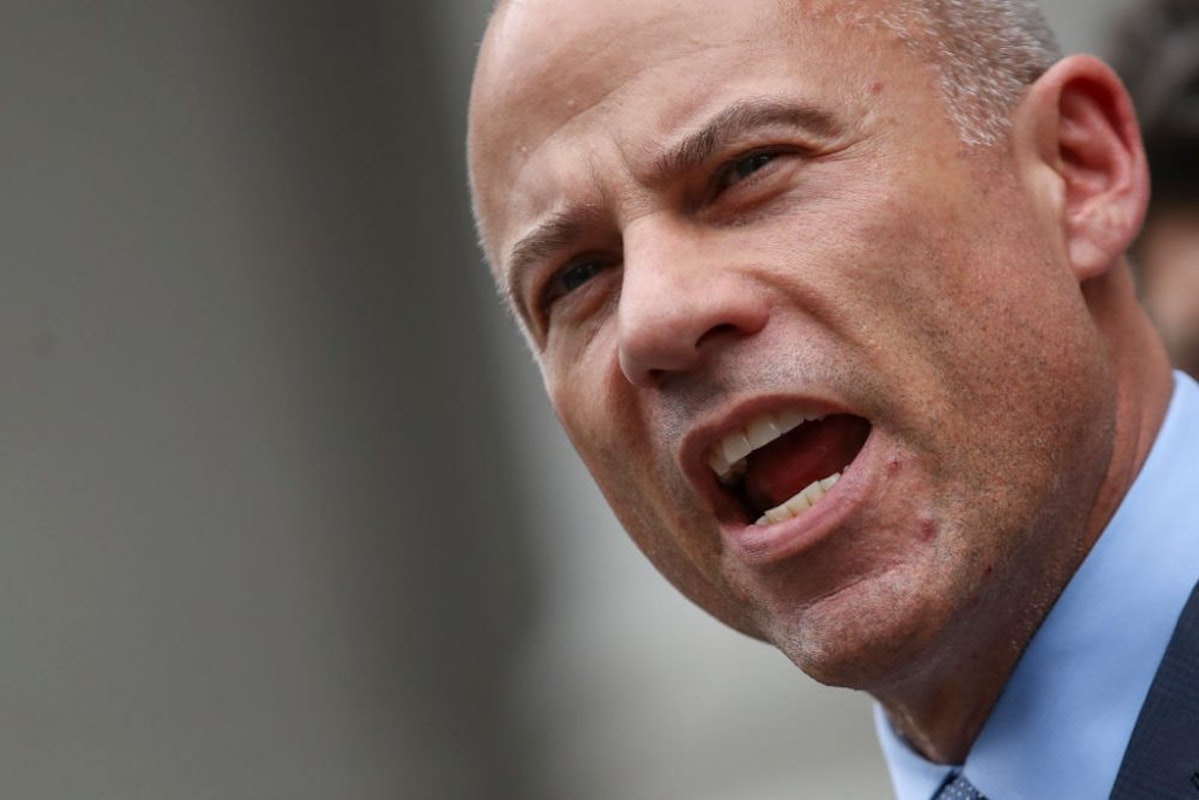 On Thursday, a New York judge sentenced former lawyer Michael Avenatti to 30 months in prison, after Avenatti attempted to extort Nike of up to $25 million.

“Mr. Avenatti’s conduct was outrageous. He hijacked his client’s claims, and he used those claims to further his own agenda — which was to extort millions of dollars from Nike to enrich himself,” Judge Paul Gardephe of the Southern District of New York said. “Mr. Avenatti had become drunk on the power of his platform, or what he perceived the power of his platform to be. He had become someone who operated as if the laws and rules that apply to everyone else didn’t apply to him.”

The notion that Michael Avenatti is a narcissistic sleaze-ball is hardly news to conservative Americans, of course. Just one example was provide by outgoing co-host of The View, Meghan McCain, who spoke for all of us when Avenatti — ironically — announced that all of his sexual fantasies involve handcuffs.

There’s an Avenatti clip for everythingpic.twitter.com/trh0oqMCrR

As the legacy media passively report on Avenatti’s legal downfall, it’s important to remind ourselves of one important piece of context the Left is desperately trying to bury: Michael Avenatti was actively promoted and celebrated as a high-profile and serious voice on behalf of the Democratic Party.

The now disgraced lawyer couldn’t appear on CNN often enough, receiving so much screen time that he amassed nearly $175 million in free media on MSNBC and CNN in just two months, according to the Washington Free Beacon.

Among these 108 appearances over just a 64-day period, he featured on CNN’s “Anderson Cooper 360” at least 20 times, on MSNBC’s “The Last Word with Lawrence O’Donnell” 14 times, and CNN’s “Tonight with Don Lemon” eight times. According to Newsbusters, Avenatti appeared on CNN more than once per day during this period.

Avenatti was adored as a Leftist hero because he opposed the big bad orange man, President Donald Trump. The Washington Post gushed over the man, with one headline, “Michael Avenatti, the adrenaline-fueled lawyer taking on President Trump.” The Guardian described Avenatti as “Trump’s enemy No 1,” while multiple outlets even promoted the idea that Avenatti could run for president.

Well, Chris, I think now we can say never.

Let’s play the “what if the handcuff was on the other wrist” game for a moment. What if some conservative outlets had embraced a lawyer who later faced legal consequences for their actions and that this same conservative media had promoted the idea that this lawyer could run for president? CNN, MSNBC, The New York Times, The Washington Post, and the rest of the legacy media would be drooling with glee.

Except, in this case, the disgraced lawyer is a Democrat for whom the legacy media could not throw themselves into Michael Avenattis’ red room fast enough.

As he is dragged away, the media are now the jilted lover, pretending they never even met.

Ian Haworth is an Editor and Writer for The Daily Wire. Follow him on Twitter at @ighaworth.