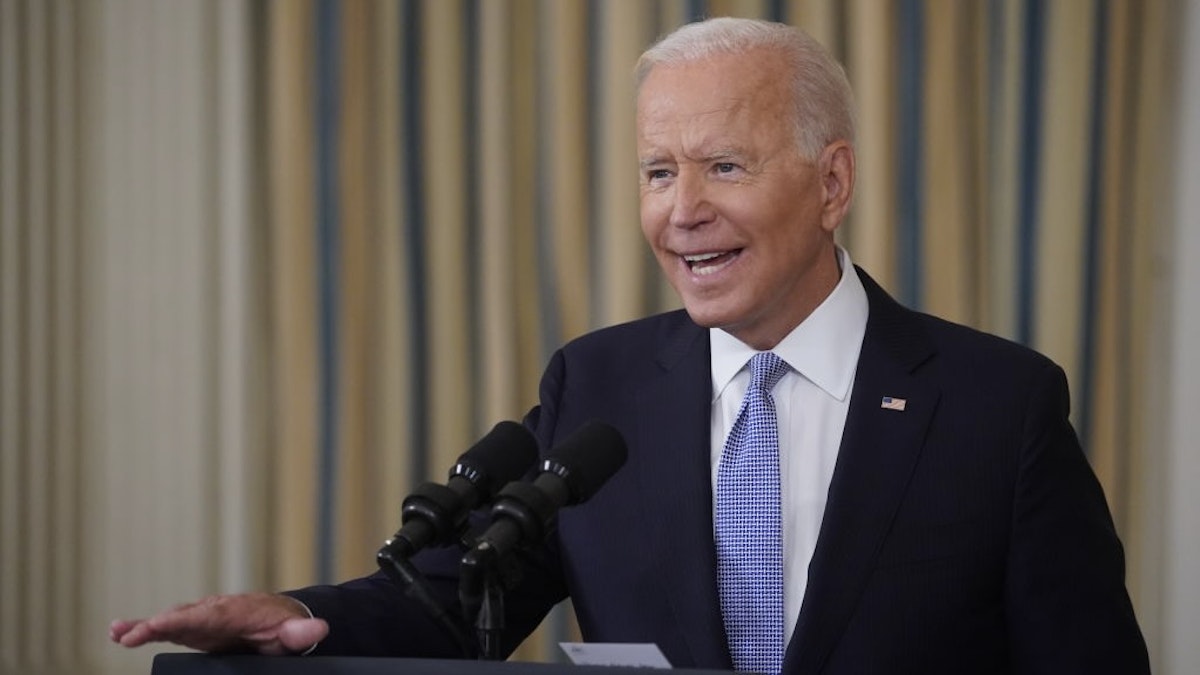 The White House collaborated with the National School Boards Association (NSBA) before the group sent its letter stating that the classification of actions carried out by some at school board meetings “could be the equivalent to a form of domestic terrorism and hate crimes,” and requesting federal intervention, per a new report.

Emails obtained via public records requests by Parents Defending Education and provided to The Washington Free Beacon has led to questions about the Biden administration’s involvement with the contents of the letter, and its motives for actions taken afterward.

While the original letter did acknowledge “recent discussions with White House and U.S. Department of Education staff on many critical issues facing public schools, including threats school officials are receiving,” the emails revealed details showing the NSBA was in talks with the White House before the letter was released.

They also showed that the letter was sent without prior approval from the board of the organization.

On September 29, Chip Slaven, the CEO of the group, sent an email announcing the letter “was sent to President Biden concerning threats to public schools and school board members.”

He went on to write, “Additionally, in talks over the last several weeks with White House staff, they requested additional information on some of the specific threats, so the letter also details many of the incidents that have been occurring.”

In an email sent on October 2, after the letter was sent to Biden, Viola Garcia, the president of the organization, wrote, “NSBA has been engaged with the White House and the Department of Education on these and other issues related to the pandemic for several weeks now.”

On October 4, several days after the letter was sent to Biden, the Justice Department announced that Attorney General Merrick Garland “directed the FBI and U.S. Attorneys’ Offices to meet in the next 30 days with federal, state, Tribal, territorial and local law enforcement leaders to discuss strategies for addressing” the “disturbing trend” in an “increase in harassment, intimidation and threats of violence against school board members, teachers and workers in our nation’s public schools.”

The Justice Department will also create specialized training and guidance for local school boards and school administrators. This training will help school board members and other potential victims understand the type of behavior that constitutes threats, how to report threatening conduct to the appropriate law enforcement agencies, and how to capture and preserve evidence of threatening conduct to aid in the investigation and prosecution of these crimes.

According to the Free Beacon, “Garland testified before the House Judiciary Committee on Thursday that he did not speak to the White House about his memo creating the school board task force. But he did say it is likely that White House and Justice Department officials discussed the association’s letter raising concerns about school board meetings.”

It appears, too, that not all members of the organization were happy about the decision to send the letter, although some seemed to agree with the general message.

The emails also included expressions of disapproval, and the sentiment that many members would likely not have given their approval of the letter due to its language and “extreme” terms.

John W. Halkias, director of the Central Region for NSBA, wrote, “I have no doubt that this was done with the best of intentions,” but went on to say, “I agree with many of my colleagues that the Board of Directors should have been consulted before a letter like this was sent out publicly, and no less to the President of the United States and the National Press.”

“This letter has created a new and renewed firestorm,” he noted.

The Daily Wire has reached out to the National School Boards Association with a request for comment, but did not receive a response in time for the publication of this article.