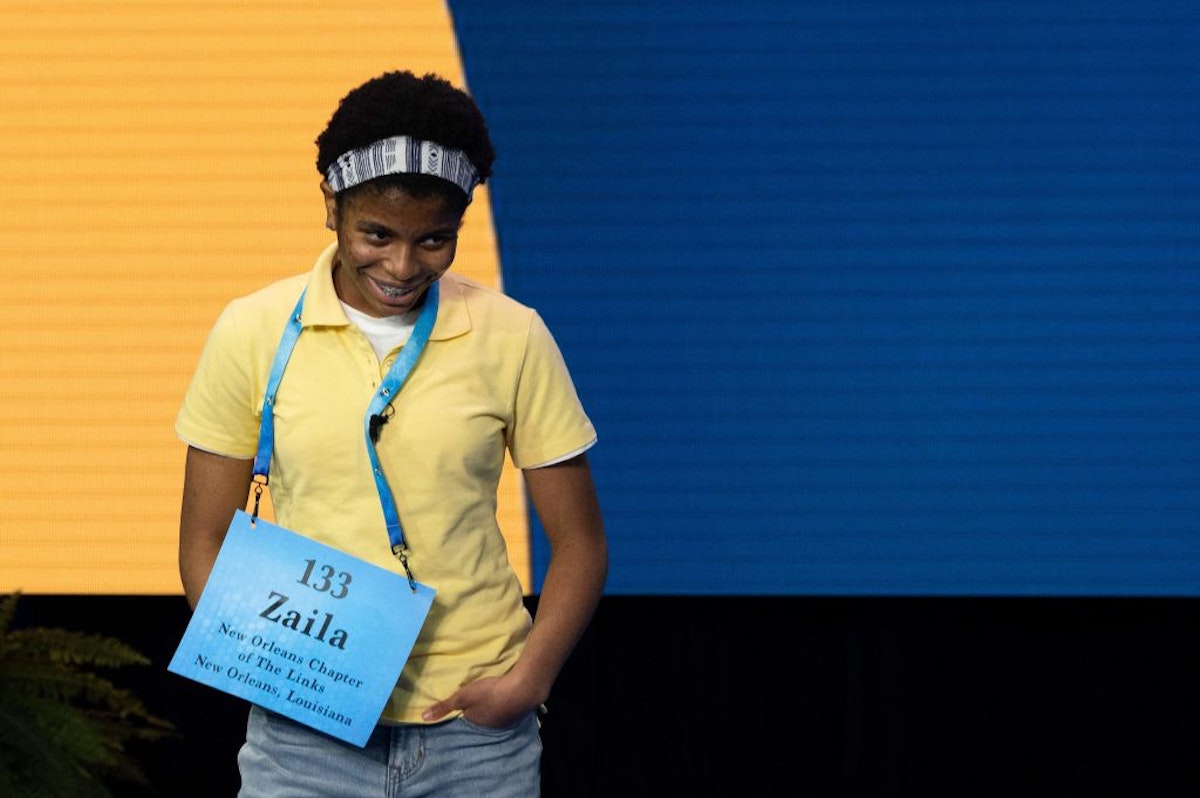 Zaila Avant-garde has accomplished more in her 14-years than most have in 40.

The first African-American winner of the competition 👏 pic.twitter.com/y2Y5dAGcVN

“It felt like really good to become a winner simply because of the fact that I’ve been like working on it for like two years and then to finally have it like the best possible outcome was really good,” Avant-garde told “Good Morning America.”

According to The New York Times, Avant-garde showed phenomenal spelling prowess at the age of 10. Her father — after watching the Scripps National Spelling Bee — asked her to spell that years winning word: marocain.

Avant-garde spelled it correctly, and spelled nearly all of the winning words from as far back as 1999 for her father.

“He was a bit surprised by that,” Avant-garde said before the Scripps finals.

She may have had a fondness for spelling, but she didn’t start spelling competitively until two years ago when she entered a regional spelling bee.

Along with winning the Scripps National Spelling Bee, Avant-garde has a plethora of other skills.

-Most balls juggled in one minute with four basketballs

-Most dribbles in 30 seconds with four basketballs

-Most basketballs dribbled by one person simultaneously (6)

According to ESPN, Avant-garde is one of the best eighth grade girls basketball players in the country and wants to make the 2022 USA Basketball under-16 national team. Her history-making win, and her basketball videos caught the eye of many — including the New Orleans Pelicans — Avant-garde’s hometown team.

Check out the handles on Avante-garde.

The 14-year-old prodigy would like to attend Harvard, and play basketball overseas. And while her basketball skills have been the talk of the town, Avante-garde has even more on her resume.

She’s an elite unicyclist and was a sliver medalist at the International Jugglers’ Association 2020 championships. And of course, she’s able to juggle and ride the unicycle at the same time. She’s also appeared in a commercial with Golden State Warriors star Steph Curry, where she showed off her ball-handling skills.

She took home a $50,000 prize for the win, and even had the judges laughing before she spelled the winning word.

According to The Daily Wire, Avant-garde was dissecting the final word — Murraya — when she asked the judges a question referencing comedian Bill Murray.

“Does this word contain like the English word Murray, which can be the name of a comedian, or just the English name in general,” Avant-garde asked.

“I don’t see that here,” Zaila was told.

An announcer chimed in, “Bill Murray made the spelling bee!”

“It tells you she’s on the right track, though,” another announcer said, before the teenager correctly spelled the final word.

Avant-garde is just 14-years old and has the world at her fingers. The Scripps National Spelling Bee may have put her on the map, but expect to be hearing a lot more from her in years to come.