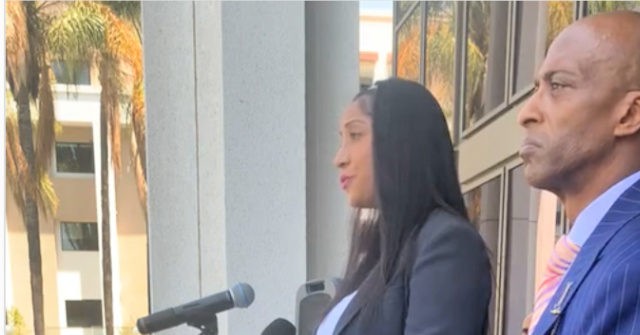 Men have a clear legal right to display their “male-appearing genitalia” at children and women in health spas, as long as the men say they are transgender women, and especially when objectors are “bigots,” according to a condescending editorial in the Los Angeles Times.

The July 6 editorial in favor of transgender display said:

As complicated as the opposing beliefs might be, it is clear where the rights in this matter land. Everyone — transgender customers, members of every faith and women who are upset by the sight of penises — all have the right to use the spa and other public accommodations.”

The statement by the paper’s editorial board was intended to denounce widespread criticism of a man who claimed transgender status while displaying his male genitals in a Korean-style spa for women and girls in Los Angeles.

The June 26 dispute went viral when a black Christian woman disregarded the elites’ intense pressure for silence and subservience. She used her Twitter account to slam the man, the spa’s management, and the state’s anti-privacy law. The woman later held a July 7 press conference at her church, which received minimal publicity from pro-transgender reporters and editors:

Do we still believe all women? Do we trust that a church woman knows a semi when she sees one? Women’s testimony in 2021 is always tested against the power structure. Same as it ever was. pic.twitter.com/xrT9N9mAiF

I went to the Wi spa in Los Angeles, California, and while I decided to go around the different jacuzzis, I decided to take a nap. After my nap, I got up and I wanted to get water. As I was walking, I noticed something that really was disturbing, something that caused me to feel that I must have been transported into the men’s locker room, the men’s Jacuzzi area.

I was appalled at what I saw. This was not normal. I’m in a safe place. But now I’m not. Little girls are there, their mothers are there, other women are looking about, and they begin to put their robes back on them. I went to management. Management did nothing. I even told the guy he should leave, “This is not right,” and he didn’t leave. We had no help whatsoever. I did not know what to do.

Something has got to be done. This is not fair. It is not right. We as women have rights to be safe in public spaces, and they are being violated by men going into women’s spaces, claiming to be women to gain access, so that they can exercise their perversions.

This is not right. We must do something about it.

She is also making her case at an ally’s Instagram site.

The newspaper’s elite editorial board dismissed her Christian-based concerns as bigotry and hinted that she deserved the criticism because she brought her mainstream Christian views into the public square.

In most culture-war debates, progressives tolerate minority religions because the elites want to first divide Americans before fracturing the power of mainstream ideals and norms.

One way to break the power of ordinary people is to force them to accept humiliations, such as the Los Angeles Times‘ scoffing at public opposition to the display of male genitalia in front of ordinary women and girls. The editorial said:

[Not] everyone who feels uncomfortable in such scenarios [is] a bigot. There are women who have been through personal experiences such as sexual assault who might find such a situation intimidating. It could go against the convictions and traditions of observant Muslims and Jews, who have a conservative or orthodox interpretation of gender norms and might themselves feel marginalized for their traditionalist beliefs.

Maybe we finally see some of that Christian money we are supposed to be flooded with. This is from a press conference held at (I think) Che Ahn’s church, with our Angel. pic.twitter.com/d9ZKTKs06R

The woman posted on her webpage:

CubanaAngel calls on anyone outraged by the unjust laws passed in the state of California that fail to protect women and girls in public spaces to stand with her. The goal is to repeal the laws and to vote against legislators who do not believe the rights of women and little girls should be protected.

“California’s Civil Code, Section 51, is an unjust law masquerading as an anti-discrimination law that disregards grandmothers, mothers, wives and little girls,” CubanaAngel said. “This is not right. We are sacrificing the safety of women and children and I am not afraid to speak,” she added.

For what it is worth, there is a link from the editorial board’s insulting dismissal of the womens’ sexual privacy to a page where the board lists its own virtues, which says:

We reject overreaching moves by public authorities to control the culture or private mores. Citizens’ right to privacy, to decide for themselves how best to lead their lives, is fundamental.

The newspaper’s editorial also shows the pro-transgender placards left by black-shirted Antifa groups who attacked, injured, and dispersed a peaceful demonstration by people supporting single-sex spas. The city police did not protect their right to protest for the preservation of sexual privacy.

The woman who first raised concerns said she was deterred from attending the demonstration because of Antifa. “I want to be there … [but] it is not in my best interest to be there,” she said.

The Times‘ editorial board also avoided telling their readers who attacked whom in the riots against the protesters outside the spa: “That this led to violence outside as opponents and supporters of the law clashed over the weekend.”

But the Los Angeles Times‘ editorial board also congratulated itself by declaring, “Freedom is our core value. We feel a special obligation to defend civil liberties and human rights.”

The newspaper did not acknowledge the known risks of claimed transgender status — the health risk from drugs, hormones, and surgery, the sexual and social isolation of people who claim to be transgender, or the alternative mental health sources of the teenagers’ claims.

Numerous polls show the public overwhelmingly wants to protect their kids from transgender activists, from medical risks, and from the social isolation ensured by a transgender identity.

The strong opposition is fuelling mainstream support for state legislation in many states that protect children from further damage. A May 2021 Gallup poll, for example, showed 62 percent to 34 percent opposition to transgender entry into women’s sports. Even the National Republican Senatorial Committee, run by Sen. Rick Scott (R-FL), noted that one of its April polls of Latino voters showed 51 percent strong opposition to just 15 percent strong support for the demand that transgender boys be allowed to play in girls’ athletics.