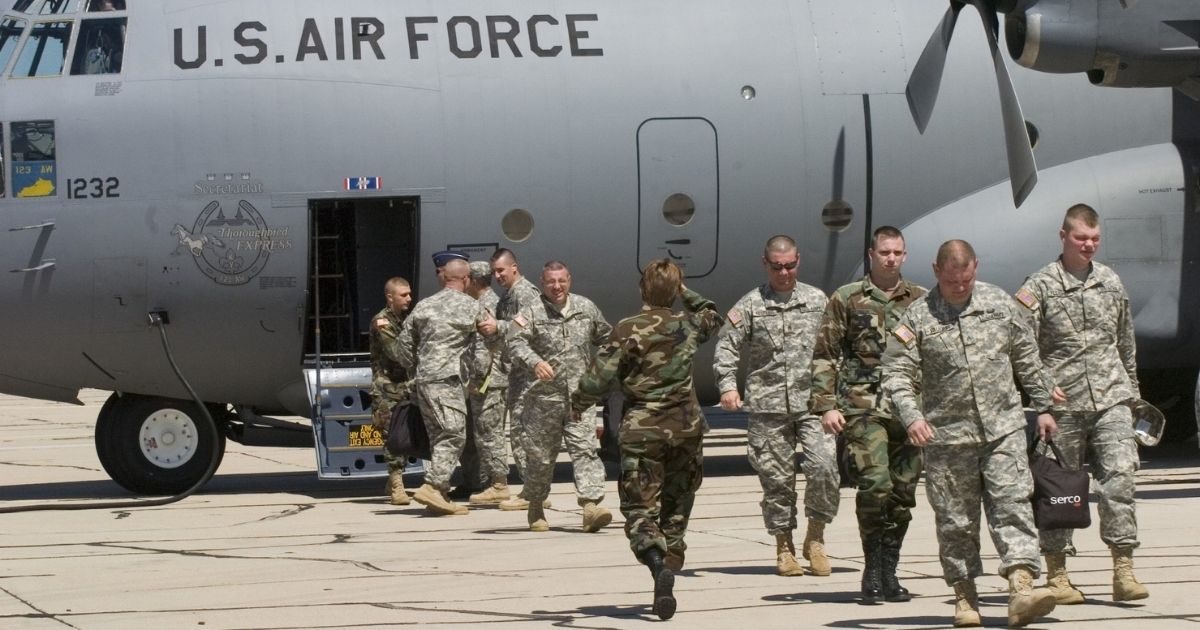 “This is a direct request from the federal government, from the Department of Homeland Security,” Beshear said during a news conference in Frankfort, Kentucky, according to WKYT-TV.

“This is not a request made from several governors that are out there, without the backing of the federal government,” he added.

Gov. Andy Beshear on Thursday announced plans to activate more than 200 Kentucky National Guard members to help in the crisis at the Mexican border later this year. https://t.co/0UAoVJ6tef

“What this means is we will have a clear chain of command,” Beshear continued.

“We will have clear missions that come down through the military and our Guardsmen and women will have the authority that is necessary and also legal protections.”

@GovAndyBeshear says 220 Kentucky National Guard members will deploy to the southwest U.S. border in late 2021 as requested by the federal government. pic.twitter.com/syZxG9jDQ7

The National Guard members will likely be deployed “around October” and “will provide operational and logistics support,” Beshear said.

Kentucky’s soldiers will join an “estimated 3,000 Guard personnel requested from other states,” Beshear said, according to the Louisville Courier Journal.

“Let’s be thankful for the hard work and sacrifice of the soldiers, and I know every day their actions are working to build a better Kentucky, and better America,” he added.

Kentucky joins a growing number of states that are lending support to Texas and Arizona to protect the nation’s southern border.

“The Biden Administration has failed to keep America safe. We shouldn’t be making our own communities vulnerable by sending police to fix Biden’s border crisis.”

Tomorrow morning I’m officially announcing up to 50 National Guard troops to Texas to help secure our border. The Biden Administration has failed to keep America safe. We shouldn’t be making our own communities vulnerable by sending police to fix Biden’s border crisis.

“My first responsibility is to the health and safety of Iowans and the humanitarian crisis at our nation’s southern border is affecting all 50 states,” Reynolds said in a statement.

“The rise in drugs, human trafficking, and violent crime has become unsustainable,” she said. “Iowa has no choice but to act, and it’s why I am honoring Texas’ Emergency Management Assistance Compact following assurances from the Iowa Department of Public Safety that it will not compromise our ability to provide all necessary public safety services to Iowans.”

Reynolds noted the tipping point for her action came through skyrocketing amounts of illegal drugs coming into the state.

Nebraska Gov. Pete Ricketts has said his state is sending about 25 Nebraska state troopers to Texas.

“Nebraska is stepping up to help Texas respond to the ongoing crisis on their border with Mexico,” he said in a statement.

“The disastrous policies of the Biden-Harris Administration created an immigration crisis on the border,” he said. “While the federal government has fallen short in its response, Nebraska is happy to step up to provide assistance to Texas as they work to protect their communities and keep people safe.”

“The State of Idaho proudly stands with our fellow Americans along the United States-Mexico border and will do what we can to protect the American people – Idahoans – against the damaging consequences of the inaction of the Biden-Harris Administration,” he said in a statement.

“Smuggling of drugs and illegal weapons, property destruction, and the daily influx of increasing numbers of illegal immigrants into our country are problems that are getting worse by the day,” he continued.

“It is time for our nation’s Governors to do what the federal government won’t – secure the border. Idaho is evaluating our resources, and I will have more to share with Idahoans about our support of this important call to protect our country.”

Florida Gov. Ron DeSantis, in announcing his response to the request for help, said no state is immune from the border crisis.

“America’s border security crisis impacts every state and every American,” he said in a statement.

“The Biden Administration ended policies implemented by President Trump that were curbing illegal immigration, securing our border, and keeping Americans safe,” he continued.

“Governors Abbott and Ducey recently sent out a call for help to every state in the nation, needing additional law enforcement manpower and other resources to aid with border security. I’m proud to announce today that the state of Florida is answering the call. Florida has your back.”