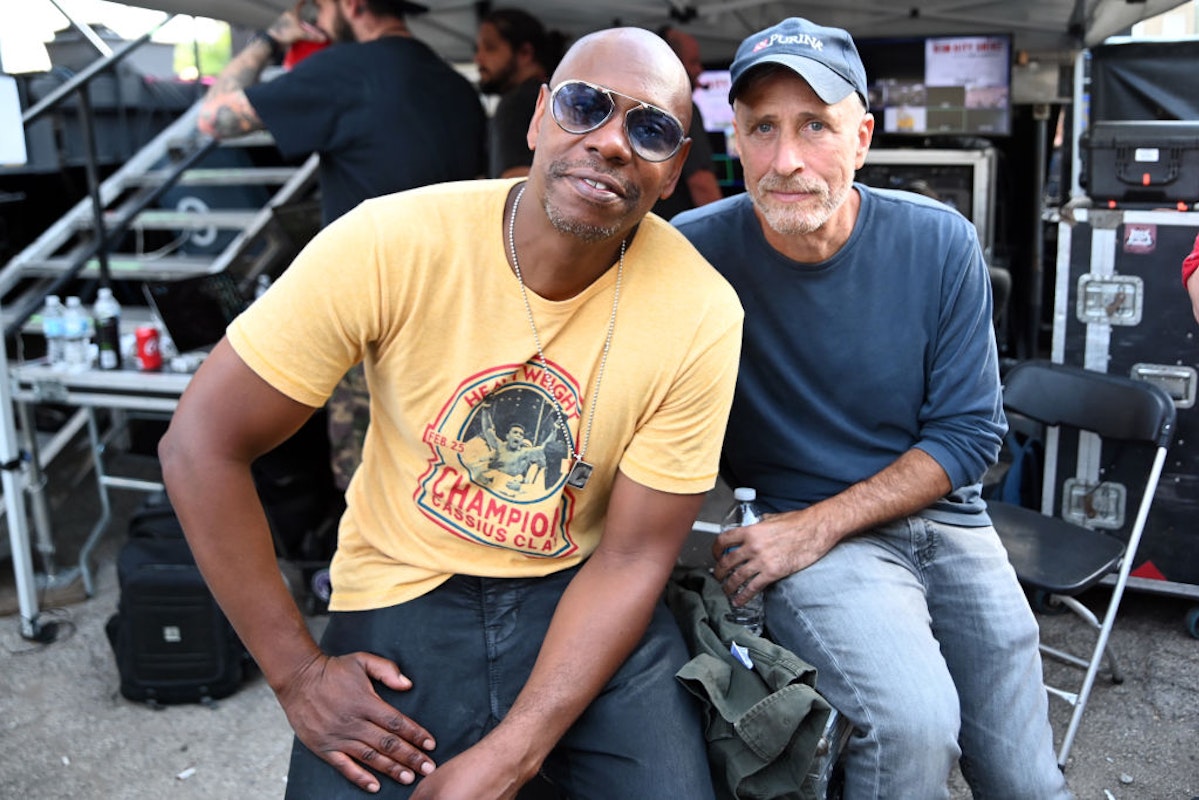 Comedian Jon Stewart defended his friend Dave Chappelle this week over allegations that the latter is transphobic, following several jokes he told in his latest standup special, “The Closer.”

TMZ caught up with Steward as he left Capitol Hill on Wednesday, asking the former “Daily Show” host about his opinion on the media controversy surrounding Chappelle. Stewart said he thought there had been a miscommunication between Chappelle and Netflix and that he believed the feud would soon ended once both sides talk. Stewart also said that Chappell’s “intention is never hurtful,” adding that “He’s not that kinda person.”

Earlier this week, TMZ reported that Chappelle said he was open to having discussions with the transgender community following outrage over a few jokes in his recent special. Chappelle’s rep told the outlet: “Dave stands by his art: No more jokes about transgenders until we can all laugh together. The streets are talking and Dave is listening. At some point, when everyone is open, I’m sure the communities will come together.”

The rep added that no one from Netflix had approached Chappelle or his representatives about a meeting, however. The person who organized the Netflix walkout over Chappelle, however, claimed that Chappelle was invited to a discussion regarding the issues the transgender community had with his special.

Chappelle’s rep told TMX he didn’t know why the Netflix employee had made those claims.

The Washington Examiner reported on some of Chappelle’s jokes in his latest Netflix special [Warning: language]:

“Gender is a fact,” Chappelle says , according to a Daily Beast report of his sixth special on the streaming platform. “Every human being in this room, every human being on Earth, had to pass through the legs of a woman to be on Earth. That is a fact. Now, I am not saying that to say trans women aren’t women, I am just saying that those p*****s that they got … you know what I mean? I’m not saying it’s not p***y, but it’s Beyond P***y or Impossible P***y.”

The special, which was panned by critics but loved by audiences, caused outrage among a small group of Netflix employees, who staged a walkout and protest against Chappelle. Netflix co-CEO Ted Sarandos initially defended the streaming service’s decision to keep the special. Sarandos then doubled down on Chappelle before Netflix fired the employee who organized the walkout.

On Tuesday, however, Sarandos backed down from his defense, saying he “screwed up” by defending Chappelle.

“What I should have led with in those emails was humanity,” Sarandos said. “I should have recognized the fact that a group of our employees was really hurting.”

“To be clear, storytelling has an impact in the real world…sometimes quite negative,” Sarandos added. “We have articulated to our employees that there are going to be things you don’t like. There are going to be things that you might feel are harmful. But we are trying to entertain a world with varying tastes and varying sensibilities and various beliefs, and I think this special was consistent with that.”