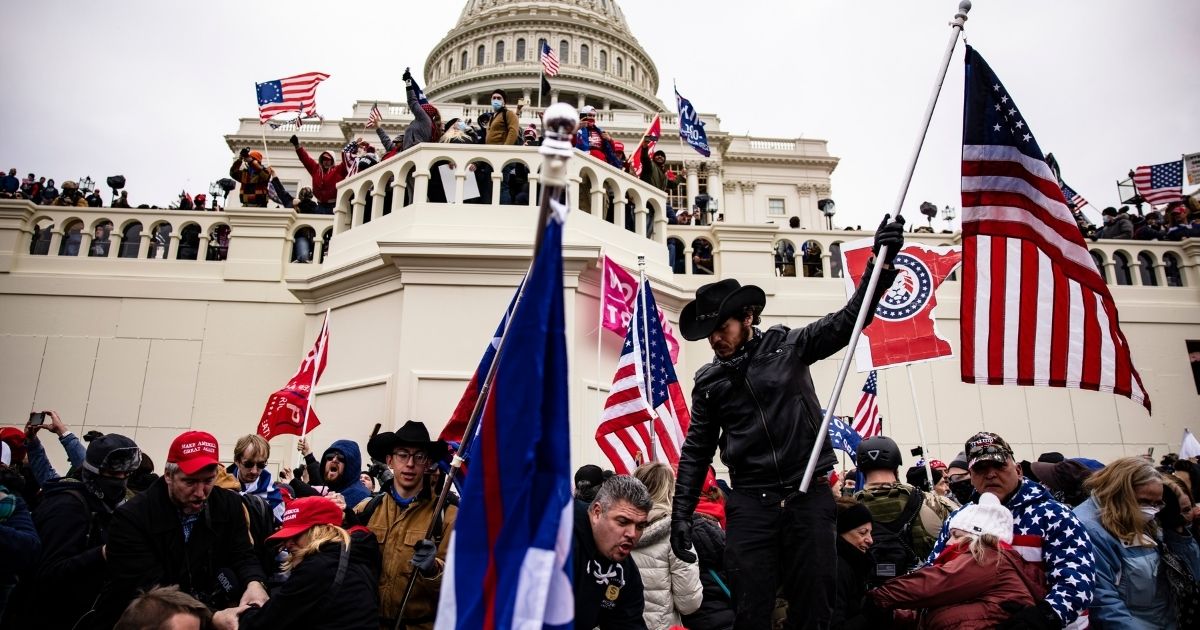 Attorneys for individuals facing charges for their alleged involvement in the Jan. 6 Capitol incursion say their clients are being kept in solitary confinement and subjected to third-world conditions while detained ahead of trial.

Lawyers John Pierce and Steven Metcalf II say that at least one of the people arrested on charges related to the events of that day is being held in solitary confinement for 23 hours a day and has inadequate access to clean water and legal counsel.

The attorneys told the EpochTV program “The Nation Speaks” that these conditions are “blatantly unconstitutional” and “violate every single basic human right.”

Of the nearly 500 people who have been arrested on charges relating to the Capitol incursion, Pierce said there “are about 50, plus or minus, that are being detained, that have been in prison for months and will likely remain in prison for many more months until their day in court.”

He explained that these accused individuals are being held under the pretense of the 1984 Bail Reform Act, which authorizes the pretrial detention of those deemed a flight risk or threat to the public.

One Ned Lang said his son Jake is being held in an area of a Washington, D.C., prison nicknamed “the hole,” while Metcalf said the younger Lang doesn’t even have access to clean drinking water.

“I’m being told the water is black. He has to filter the water through a sock in order to even drink water,” Metcalf said, adding that Jake Lang is sometimes unable to shower or shave for “days and days on end.”

He said any objection to these conditions is met with further punishment for the prisoners.

“The conditions in the D.C. jail in particular are getting to a point of not only being unconstitutional and violating every single basic human right, but they’re getting to a point where people have to speak out, and they have to know about what’s going on,” Metcalf said, adding that prisoners are being instilled with a “level of fear.”

“They are being retaliated against for various different reasons. … Anything that they do, or if anybody speaks up on their behalf, all of a sudden they get targeted even further and then get put into a dangerous, unsanitary condition,” Metcalf said.

Richard Barnett, another accused participant in the Jan. 6 incursion who was photographed sitting at House Speaker Nancy Pelosi’s desk, says he also was detained unconstitutionally, The Epoch Times reported.

While Barnett, who surrendered to federal authorities on Jan. 8, could have reasonably expected to be restricted to his residence while awaiting trial, he was instead kept for four months in a Washington, D.C.,  jail after U.S. attorneys petitioned to have him detained under the Bail Reform Act.

“The law is clear: Only in a very limited set of circumstances is pretrial detention acceptable,” Barnett’s attorney, Joseph McBride, said.

“The courts, therefore, must act swiftly and decisively to overturn pretrial detention orders granted in circumstances, such as here, where the government has objectively failed to overcome the Bail Reform Act’s presumption against pretrial detention as a matter of law.”

McBride contrasted Barnett’s treatment with that of Elizabeth Duke, who was charged with several counts related to domestic terrorism for her involvement in the 1983 Capitol Hill bombing — and was released on bail.

Duke, as it happens, remains a fugitive to this day (although The Epoch Times noted that, interestingly enough, former Secretary of State Eric Holder asked a federal magistrate to kill her outstanding arrest warrant in 2009).

It goes without saying that while those accused of participating in the Jan. 6 incursion have been doggedly pursued by law enforcement and reportedly subjected to inhumane conditions in prison, those involved in the 2020 riots have been handled with kid gloves and even glorified by the left.

The overwhelming majority of Americans denounced the actions of the rioters who breached the Capitol on Jan. 6. But the George Floyd “protests” of last summer were widely supported and the violence and destruction defended by left-wing politicians — to the extent that now-Vice President Kamala Harris promoted a fund to bail “protesters” out of jail.

A Republican would no doubt be crucified were he to promote any legal efforts to free Jake Lang or protect his constitutional rights.

Yet can you even imagine the outrage if a single one of the Black Lives Matter or antifa contingent was kept in the same conditions as the Jan. 6 “insurrectionists”?

The hypocrisy is sickening. It seems we can no longer expect the equal legal treatment of people on either end of the political spectrum.