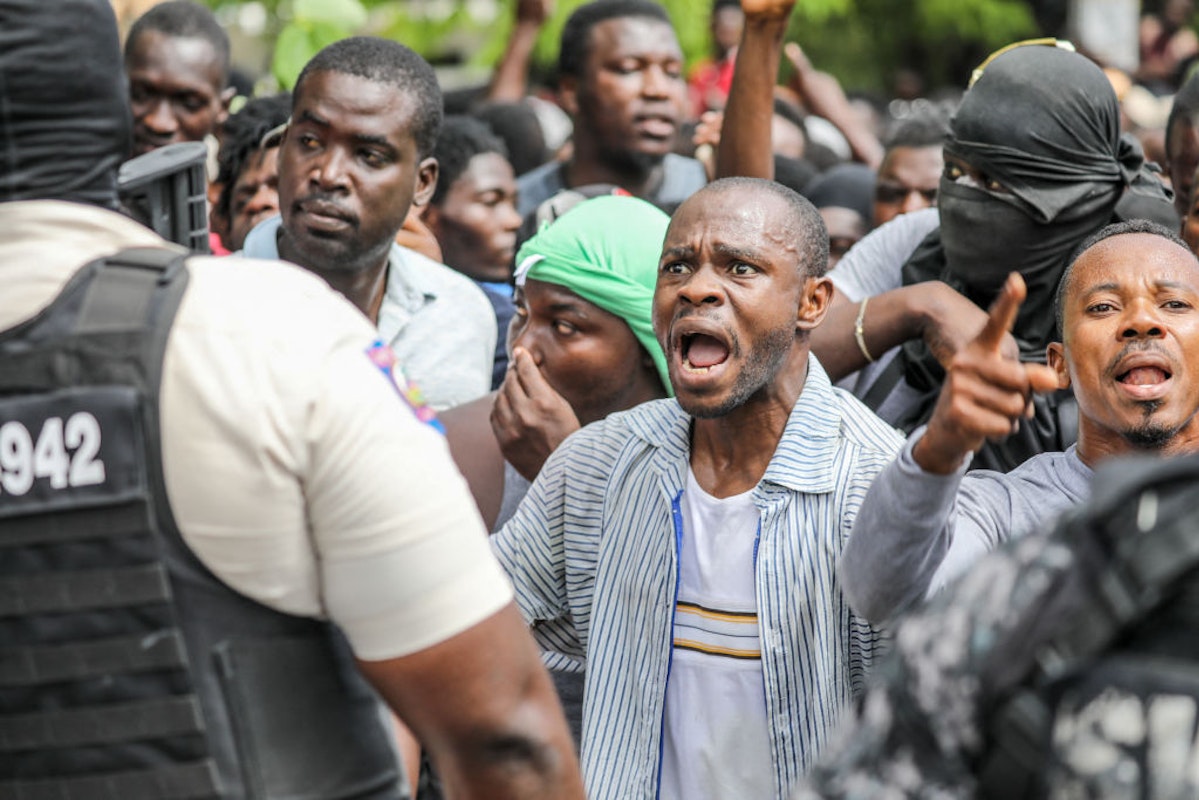 The interim prime minister of Haiti has asked that the United States send military troops to the island to serve as a force for stability, a request that comes only days after President Jovenel Moise was assassinated at his home.

The New York Times reported Friday afternoon that a Haitian official had requested U.S. troops on the island, about 700 miles off the coast of Florida. The Associated Press has since reported that Claude Joseph, the interim prime minister, has made such a request.

“We definitely need assistance and we’ve asked our international partners for help,” he said. “We believe our partners can assist the national police in resolving the situation.”

In an interview with Reuters, Elections Minister Mathias Pierre said officials were particularly concerned about ports, energy infrastructure, and the airport, all of which they worry could be susceptible to attacks.

Haiti has long-struggled with its political structure and economy, and many fear that the president’s assassination could make the situation more dire. There is also uncertainty about who, exactly, should be in charge of the government.

Only two days before his assassination, the late president appointed someone else to succeed Joseph as prime minister, a change that was supposed to happen before the end of the week. The appointee, a surgeon named Ariel Henry, reportedly told a Haitian newspaper that he is really the rightful prime minister, not Joseph, according to The New York Times.

“I’m not interested in a power struggle,” Joseph told AP of the uncertainty. “There’s only one way people can become president in Haiti. And that’s through elections. So I’m asking everyone to work together so the country can have an elected president.”

White House Press Secretary Jen Psaki said Friday that the United States was sending FBI and DHS officials to the Haitian capital to investigate in response to a request, but did not mention anything about military assistance.

“The United States remains engaged and in close consultations with our Haitian and international partners to support the Haitian people in the aftermath of the assassination of the president,” White House Press Secretary Jen Psaki said in a Friday briefing. “In response to the Haitian government’s request for security and investigative assistance, we will be sending senior FBI and DHS officials to Port-au-Prince as soon as possible to assess the situation and how we may be able to assist.”

Haitian officials say they have arrested two U.S. citizens and more than a dozen Colombian nationals on accusations that the group killed the president while masquerading as DEA Agents.

The two Americans have alleged they only provided translation services to the group, and believed the conspirators were only going to arrest him, according to a Haitian judge participating in the investigation. The Colombian government, on the other hand, has reportedly identified a number of the other men as being former soldiers with the Colombian military.