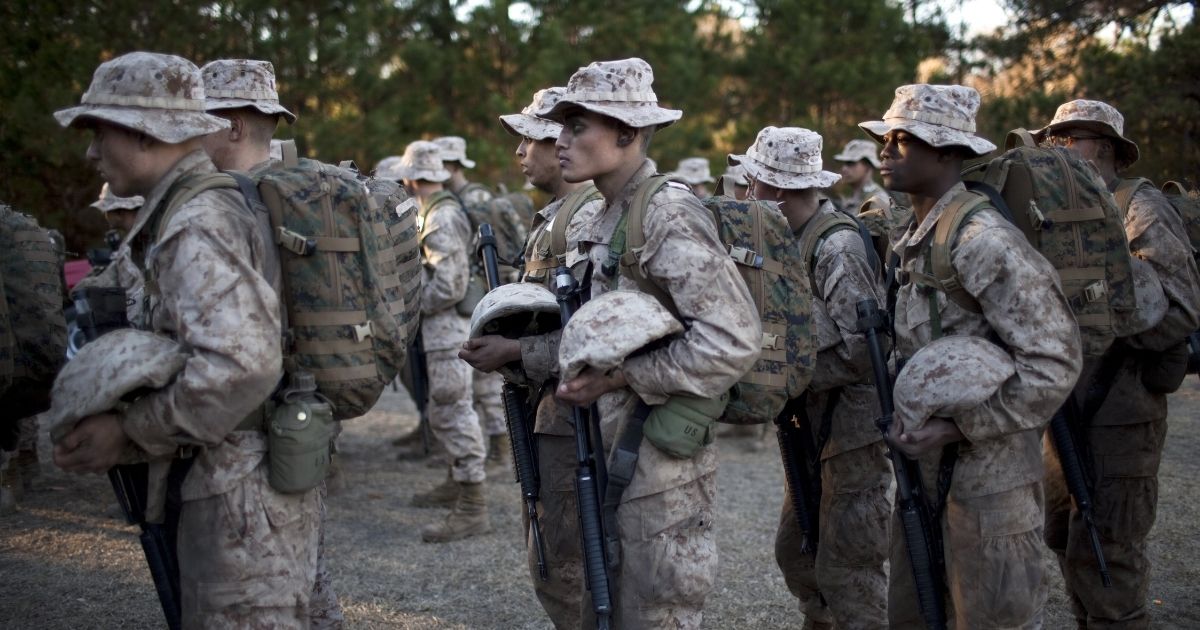 The Haitian government has confirmed that it asked the United States to help preserve order in the country by sending in American soldiers.

“We definitely need assistance and we’ve asked our international partners for help,” interim Prime Minister Claude Joseph told The Associated Press in a late Friday phone interview. “We believe our partners can assist the national police in resolving the situation.”

According to Mathias Pierre, Haiti’s elections minister, a request for American security assistance was raised during a Wednesday conversation between Joseph and U.S. Secretary of State Antony Blinken, Reuters reported.

The wire service reviewed a Wednesday letter from Joseph’s office to the U.S. embassy in Haiti. The letter contained a request for the U.S. to send troops to the country in order to support local policemen with “reestablishing security and protecting key infrastructure across the country following Moise’s assassination,” Reuters’ report stated.

The island republic made a similar plea to the United Nations Security Council, Pierre said.

An unnamed senior Biden administration official told Reuters that the U.S. has “no plans to provide U.S. military assistance at this time.”

So far, the only help the Biden administration is willing to provide is sending Federal Bureau of Investigation officials to help the poverty- and gang violence-ridden country to investigate late President Jovenel Moïse’s July 2 assassination, according to the AP.

The assassination’s aftermath threatens to drown the “already turbulent” political scene of the country into chaos and power struggles, a New York Times report suggested.

Should the U.S. intervene in Haiti?

Joseph declared a “state of siege” in the country Wednesday, sealing off the nation’s borders and sanctioning the enforcement of martial law within, as previously reported.

During the 15 days of martial law Joseph imposed on the country, Haitian security forces can enter people’s houses, take charge of traffic control and enact “general measures that permit the arrest of the assassins” of Moïse.

Experts, however, say that Joseph lacks the constitutional authority to bring into effect such a “state of siege.” Only the parliament has that right.

Authorities have arrested two U.S. citizens suspected of involvement in the assassination. Haitian police have killed four other suspects.

The Americans, 35-year-old James Solages, and, 55-year-old Joseph Vincent, hail from Florida but are of Haitian descent.

The last time the U.S. intervened in Haiti was in 1915. U.S. President Woodrow Wilson sent American soldiers there to bring order and stabilize the country economically and politically following the Haitian President Jean Vilbrun Guillaume Sam’s assassination, according to the Department of State.

Despite the government’s request for American assistance, some Haitians do not want the U.S. to intervene in the country’s affairs militarily.

We do not want any US troops on #Haiti’s soil.
The de facto prime Minister Claude Joseph does not have any legitimacy to make such a request in our name.
No, No & No.
We reject him and all actions taken by him.
Civil society & political actors are working on a Haitian agreement

“We do not want any US troops on Haiti’s soil,” Haitian pro-democracy activist and former U.N. official Monique Clesca wrote in a Friday post on Twitter. “The de facto prime minister Claude Joseph does not have any legitimacy to make such a request in our name. No, No & No.”

“The solution to the crisis must be Haitian,” human rights lawyer and opposition leader André Michel said, The Times reported.

“It’s like coming back with a toolbox, but the box has the wrong tools in it,” Clesca told The Times in a phone interview. “What needs to be in the toolbox are voices from Haiti.”

A significant chunk of the criticism against Joseph’s request for help centered on the belief that foreign interventions will do little to help the country, according to The Times.

Some of the critiques point to the unpopular legacy of the U.N. peacekeeping mission in the country between 2004 and 2017.

When the peacekeepers came into the country, they brought cholera, and “numerous instances of rape and sexual abuse, including of girls as young as 11,” by peacekeeping soldiers were reported, according to The Times.

Andrew Jose is a journalist covering business and finance, foreign policy and the aviation industry, among other beats.

Andrew Jose is a journalist covering business and finance, foreign policy and the aviation industry, among other beats. Besides The Western Journal, he regularly contributes to the Daily Caller and Airways Magazine, and has bylines in Lone Conservative and International Policy Digest. Speak to Andrew securely via [email protected]