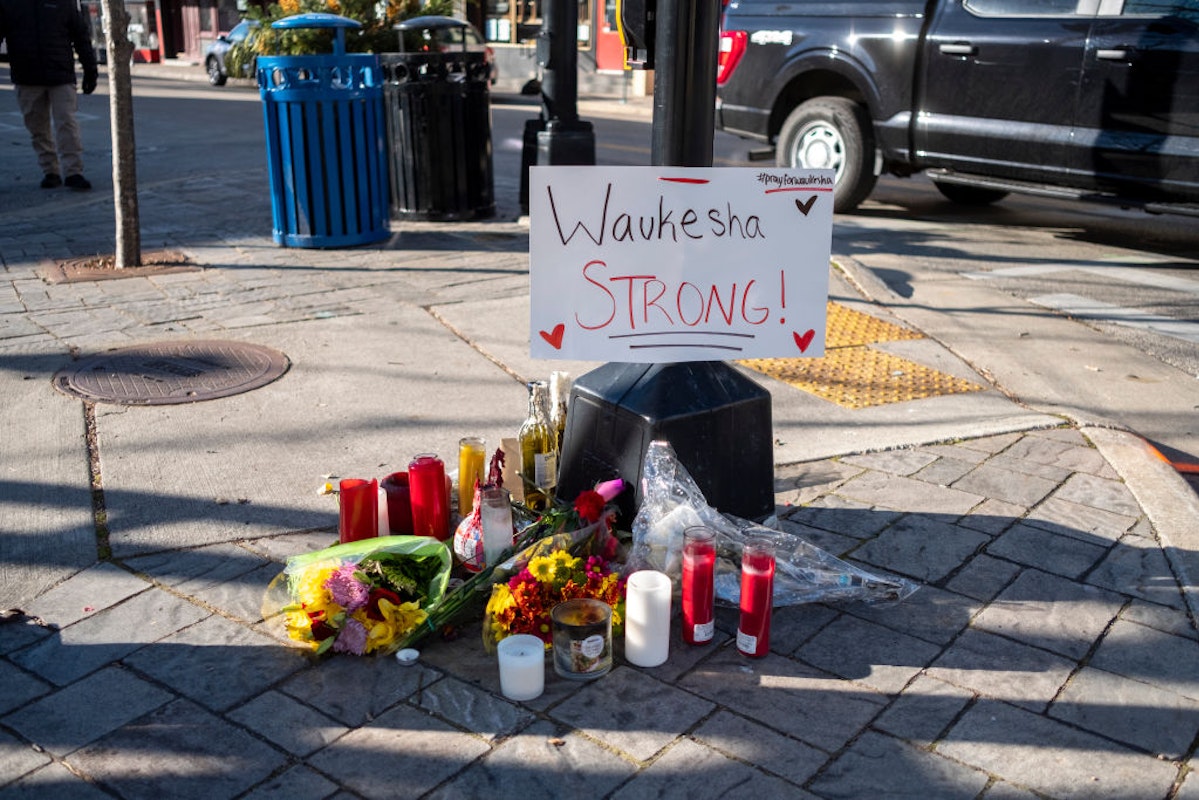 GoFundMe took down a fundraiser attempting to raise bail money for the Waukesha parade suspect.

On Sunday, a driver rammed his SUV through a Christmas parade in Waukesha, Wisconsin, killing six people and injuring more than 40 — including multiple children.

The suspect, who The Daily Wire is not naming due to company policy on not publishing names and photographs of alleged mass murderers, has a lengthy criminal history that spans decades.

The suspect — arrested earlier this month for attacking the mother of his child and released on $1,000 bail — was offered $5 million bail following the deadly attack. A GoFundMe user attempted to raise the money before GoFundMe stopped the campaign.

“On November 21st, 2021 our dear friend [redacted] was arrested for allegedly driving his car into a parade, as someone who knows [redacted] personally I can tell you that he would NEVER do such a thing and I know he is innocent of what he was charged with,” read the fundraiser before it was removed. “Clearly there is more to the story the media is not telling us and I am seeking to raise the bail so [redacted] can be released and speak his truth to his side of the story in this tragic situation that sees another black man behind bars in a purely political and racist trial.”

“There is no excuse for this continued treatment of black Americans by prosecutors around the country, everyone must be presumed innocent until proven guilty and we ask that he be treated equally as anyone else in this country would be treated and he should be released until found guilty,” the fundraiser continued before listing hashtags like “#BLM” and “NoJusticeNoPeace.”

A GoFundMe spokesperson told Fox Business that the fundraiser was removed because it violated GoFundMe’s Terms of Service.

“Fundraisers with misuse are very rare, and we take all complaints very seriously. Our team works with law enforcement to report issues and assists them in any investigations they deem necessary,” the spokesperson said, adding that the organizer has been banned from the platform.

A criminal hacker group called Distributed Denial of Secrets obtained the email addresses of anonymous donors to various campaigns on the site GiveSendGo, an alternative to GoFundMe that lets users send prayers or money to others.

“God bless. Thank you for your courage. Keep your head up. You’ve done nothing wrong,” Kelly wrote. “Every rank and file police officer supports you. Don’t be discouraged by actions of the political class of law enforcement leadership.”

GiveSendGo has since created a campaign on Kelly’s behalf.

“A lot of it is just trying to wrap our brains around the state of where things are at. What’s happening in our world that someone can give a $25 donation and lose their job for supporting someone?” GiveSendGo cofounder Heather Wilson told The Daily Wire. “Kamala Harris promoted giving to bail people who were arrested for rioting, so why wouldn’t that same freedom be afforded to someone else? We’re going to allow and promote it on this side, but prevent it on the other?”

Daily Wire host Candace Owens presented Kelly with a $202,000 check during a recent episode of “Candace.”