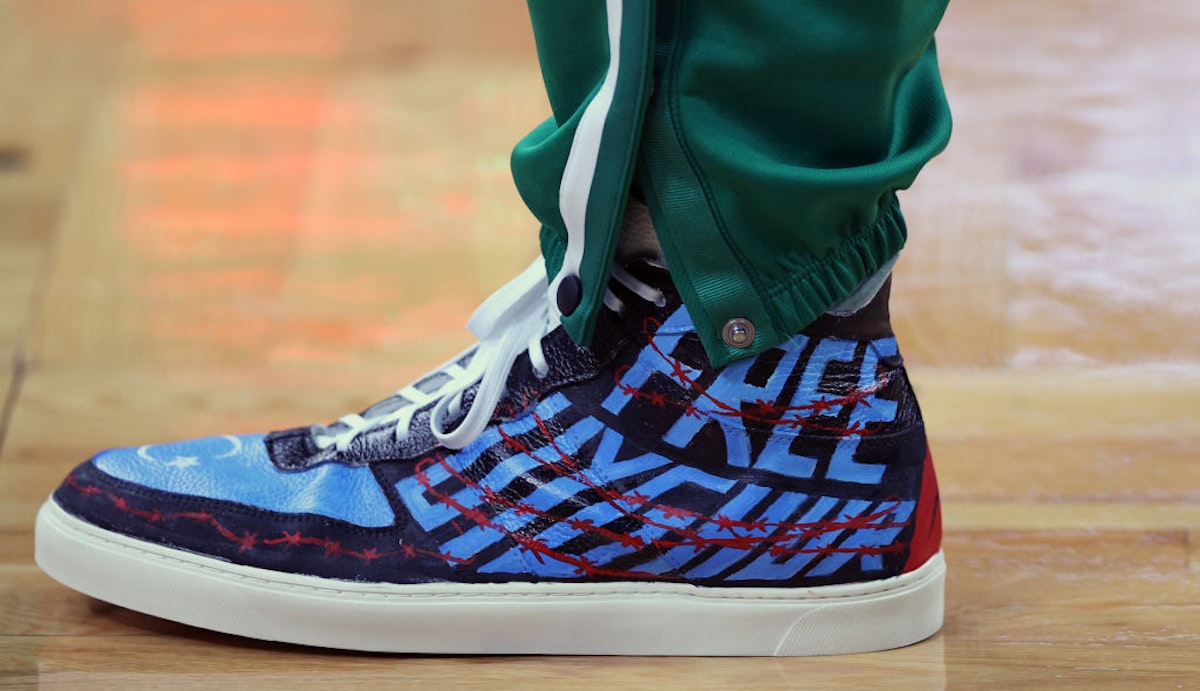 Boston Celtics center Enes Kanter made waves on Wednesday when he called the leader of the Chinese Communist Party a “brutal dictator” as he advocated for an independent Tibet.

The reaction in communist China was swift, with Chinese streaming service Tencent — which has partnered with the NBA — cutting the live feed of the Celtics vs Knicks game. On Thursday, future Celtics games were marked as unavailable to be live-streamed, according to The New York Times.

Now, Kanter is doubling down.

On Friday, Kanter turned his attention to the plight of the Uyghur Muslims in China, calling on the Chinese government to “stop the genocide” of the Uyghur people.

“Uyghurs are a Turkish Muslim ethnic group, native to Uyghur region,” Kanter continued. “The Chinese government has been taking sweeping measures to crackdown on the Uyghur people simply because they embrace their own religion, their own culture, language, history and identity. The Uyghur region has become an open-air prison and surveillance state where freedoms are non-existent for the Uyghur people.”

Kanter also mentioned the presence of Kazakhs, Tajiks, and other muslim groups in Chinese concentration camps.

Kanter — who is from Turkey — called out various leaders of Muslim countries who are “staying silent” regarding the treatment of the Uyghur’s by the Chinese governemnt.

“It is so disappointing that the governments and leaders of Muslim majority countries are staying silent while my Muslim brothers and sisters are getting killed, raped, and tortured,” Kanter said.

“It’s shameful and sad how you’ve decided to prioritize money and business with China over human rights,” Kanter continued. “You call yourselves Muslims but you are just using that for show. You simply do not care about people.”

Kanter also called on Muslim athletes to speak out on the human rights abuses inflicted by the CCP, asking them why they have chosen to not speak out for the Uyghur people.

“Why are you staying silent? Mohammed Salah, Kareem Abdul-Jabbar, Amir Khan … Say something. Do something. Speak up. Your silence, and your inaction is complicit.”

Heartless Dictator of China,
XI JINPING and the Communist Party of China.

I am calling you out in front of the whole world.
Close down the SLAVE labor camps and free the UYGHUR people!

As Kanter did in his first video calling for a free Tibet, the Celtics center referred to Chinese leader Xi Jinping as a “dictator” and called on him to “free the Uyghur people.”

“Heartless dictator of China, Xi Jinping, and the Communist Party of China, I’m calling you out right now in front of the whole world,” Kanter ended the video. “Close down the slave labor camps and free the Uyghur people. Stop the genocide now.”

Following Kanter’s statement on Tibet, the Boston Celtics organization supported his right to speak out on issues.

“My conversation with Enes was real short and sweet,” president of basketball operations Brad Stevens said, adding, “and that is we’re always going to support any of our players and their right to freedom of speech and expression. And I think in my experience with the Celtics and the NBA, that’s the way it’s been and that’s the way it’ll continue to be.”

Joe Morgan is the Sports Reporter for The Daily Wire. Most recently, Morgan covered the Clippers, Lakers, and the NBA for Sporting News. Send your sports questions to [email protected].