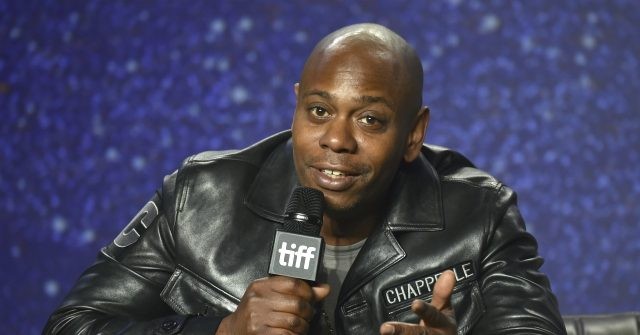 Comedian Dave Chappelle is doubling down on his jokes from The Closer, reportedly saying he will mount a U.S. tour if Netflix caves to pressure from 2SLGBTQQIA+ groups and pulls the comedy special.

Variety spoke to fans who attended a sold-out Chappelle performance in London on Wednesday. No media was allowed in the performance, which reportedly required all cell phones, cameras, and recording devices to be locked away in magnetic pouches.

The fans said Dave Chappelle indicated he would visit ten cities across the U.S. to screen The Closer if Netflix yanked the show from its platform. Netflix executives have so far given no indication that they will pull the show despite calls from some activist groups and celebrities to do so.

Variety said the few London fans it spoke to confirmed Chappelle mentioned the Netflix controversy during his set, indicating the protest in Los Angeles “wasn’t favorable.”

“He just wants us all to get along,” one attendee reportedly said. Another said Chappelle appeared “baffled” by the accusations.

On Wednesday, transgender Netflix employees and their allies walked off the job to protest Chappelle, calling on Netflix to commit to producing  more transgender and “non-binary” shows, and to hire more trans employees at the highest levels of the company.

They also demanded Netflix acknowledged the “harm” it has inflicted on transgender people.

In London, a lesbian audience member said she didn’t find the comedian to be offensive.

“Well, we’re gay, we’re lesbians,” the woman, who is black, told Variety. “We’re a couple and we think it’s fine. We don’t think he’s being rude or hurting anyone or being disrespectful. I don’t think that he’s homophobic or anything like that.”