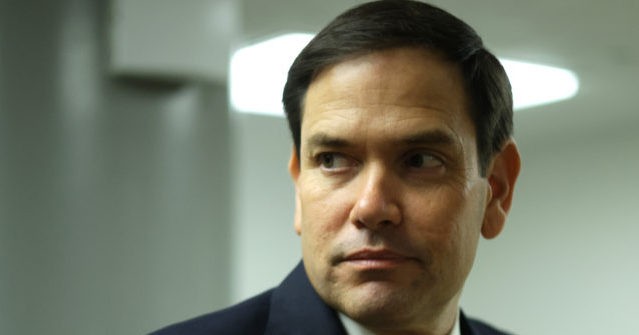 U.S. Sen. Marco Rubio (R-FL) and Rep. Chris Smith (R-NJ) called on the International Olympic Committee (IOC) to not just relocate the 2022 Winter Olympics out of China but ban Chinese athletes from participating in a letter published Thursday.

The call to prevent China from participating in the Games at all is an escalation from the international movement to boycott the Olympics, scheduled to begin in February, as most who oppose the Olympics have called for countries to withdraw their own athletes and corporate sponsors to drop China. Few have addressed what role, if any, Chinese athletes should have in the event.

The two lawmakers, who are part of the Congressional-Executive Commission on China (CECC), have been in contact with the director-general of the IOC, Christophe De Kepper, encouraging the IOC to reconsider allowing Beijing to host the Olympics given the extensive list of human rights abuses the Communist Party is currently perpetrating. The official stance of the American government under both Presidents Donald Trump and Joe Biden is that the systematic enslavement, imprisonment, torture, rape, and sterilization of ethnic Uyghur people and other Muslims in China constitutes genocide, arguably the most severe human rights crime a state can commit. The Party has also systematically oppressed Tibetans and other minorities around the country and, for decades, killed and torture political dissidents and members of religious groups the Party does not control.

De Kepper, according to quotes reproduced in Thursday’s letter, responded to pressure to move the Olympics to a country not committing genocide by claiming that doing so would violate the IOC’s mandate to exhibit political neutrality.

“No Olympics should be held in a country whose government is committing genocide,” Rubio and Smith wrote to the IOC. Later on, they add, “Moreover, if the IOC is serious about fidelity to the Olympic Charter, the IOC must then prohibit the PRC [People’s Republic of China] team from participating in the games on account of the flagrant violations of the Olympic Charter committed by the PRC authorities.” 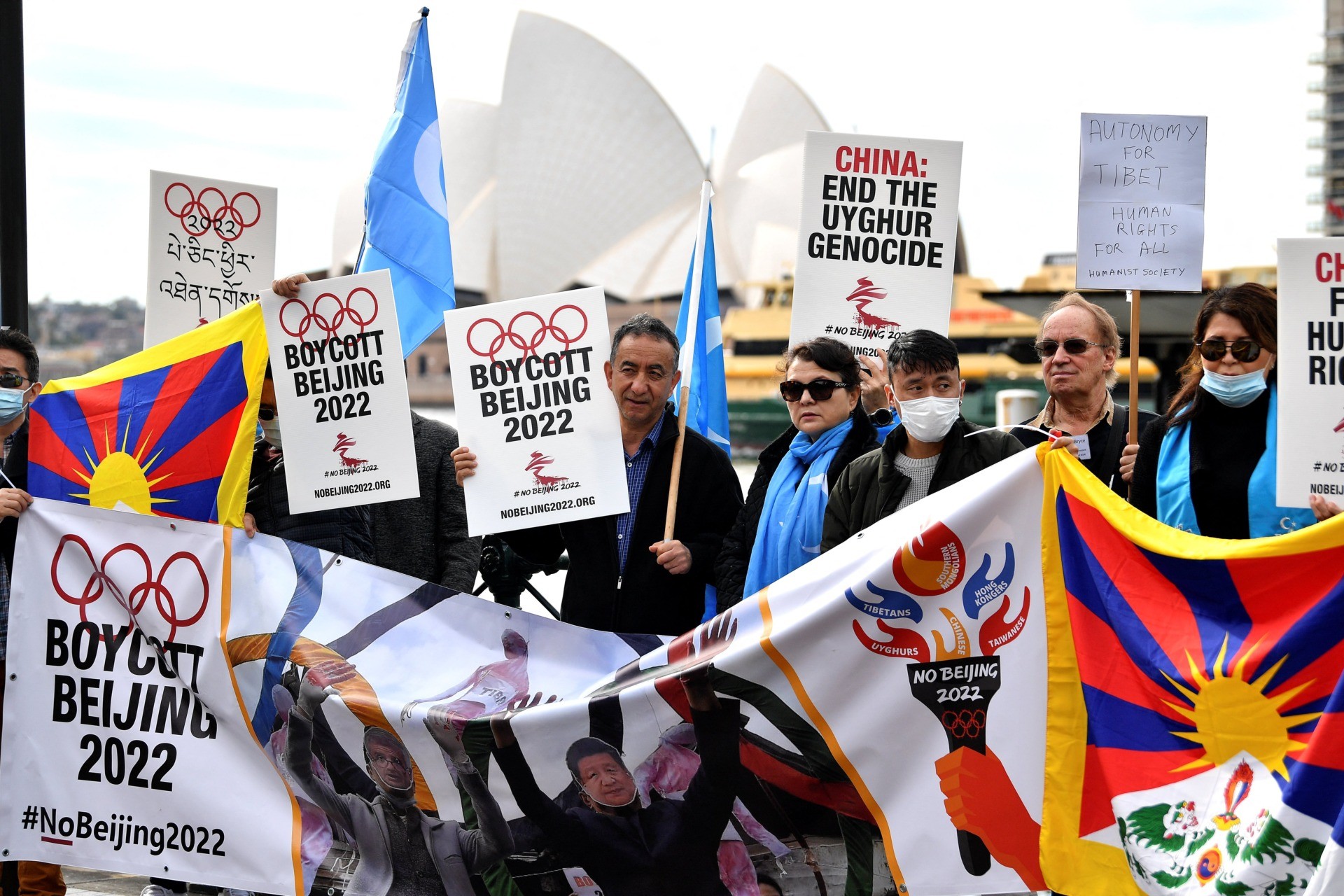 Protesters hold up placards and banners as they attend a demonstration in Sydney on June 23, 2021 to call on the Australian government to boycott the 2022 Beijing Winter Olympics over China’s human rights record. (SAEED KHAN/AFP via Getty Images).

“If those types of misconduct are grounds for banning a team from the Olympics,” the senators concluded, “surely genocide more than warrants the same response.”

By forcing the world to choose between participating in the Olympic Games or taking a stand against genocide, the IOC “wants the international community to sacrifice its moral credibility in exchange for the mere appearance of unity,” the letter asserted.

The CECC, a bipartisan body, has focused much of its attention for years on the genocidal abuses the Communist Party has systematically perpetrated against the Uyghur people. It has also endeavored, in light of these abuses, to prohibit American companies from profiting off of Uyghur slavery or other Chinese human rights abuses.

In regard to the Olympics in particular, the CECC held a hearing in July in which it called on Olympics sponsors to explain why they were funding an event profiting a state engaging in genocide. Most of those questioned did not even acknowledge that the genocide occurring in the eastern Xinjiang region the Uyghurs call home was, indeed, a genocide. 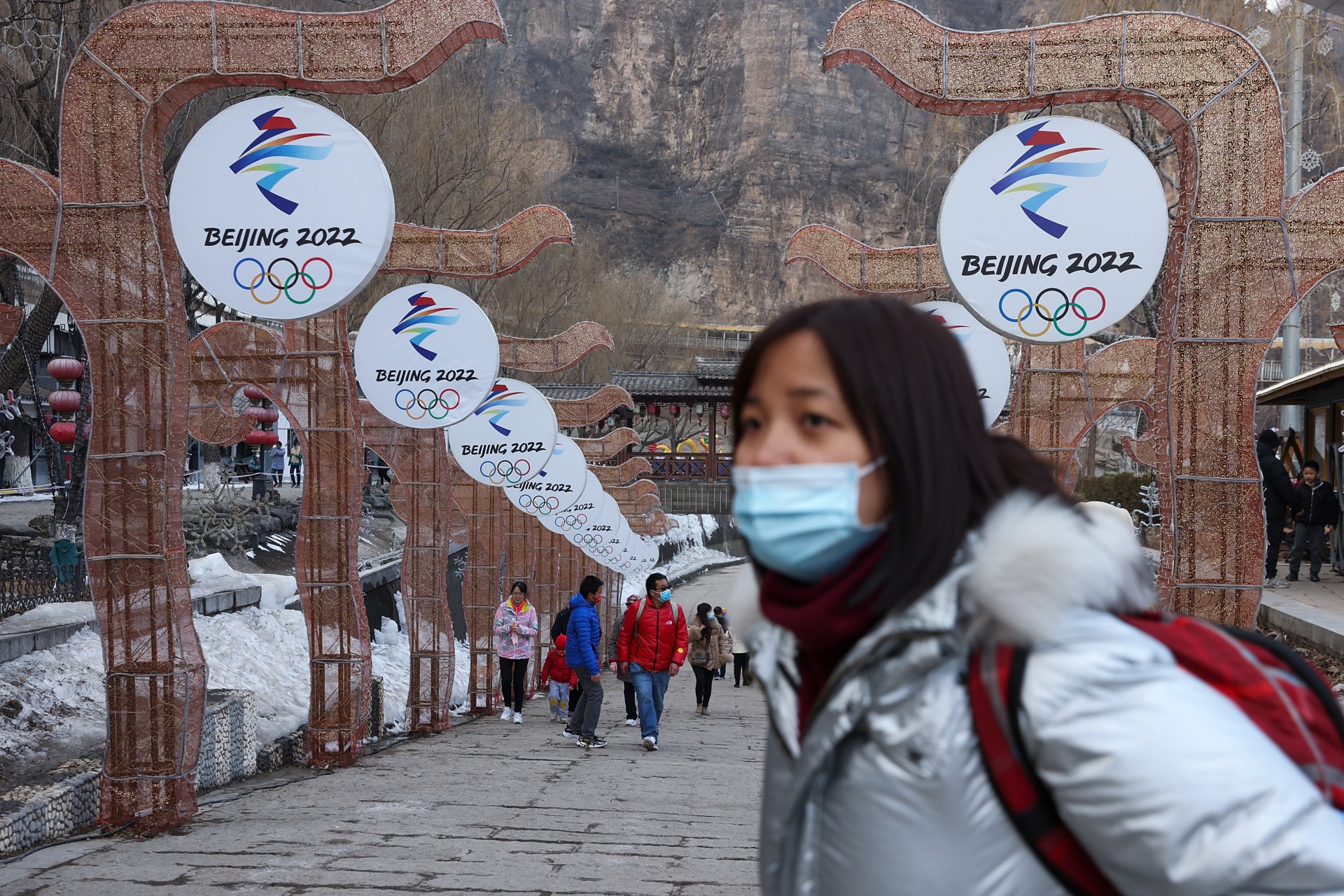 Logos of the 2022 Beijing Winter Olympics at Yanqing Ice Festival on February 26, 2021 in Beijing, China. (Photo by Lintao Zhang/Getty Images).

“We do not make decisions on these host locations. We support and follow the athletes wherever they compete,” Coca-Cola’s global vice president for human rights Paul Lalli told lawmakers on the occasion, a sentiment echoed by representatives from Visa, AirBnb, Intel, and other corporate sponsors.

The Biden administration has offered no concrete policy regarding its scheduled participation in the Beijing Games. In April, State Department spokesman Ned Price told reporters that a boycott was “something that we certainly wish to discuss” but later asserted that the administration had no policy changes planned regarding the Olympics. Neither confirmation of participation or of a boycott has arrived since.

The Olympic flame arrived in Beijing this week after a tumultuous departure from Athens marked by a series of arrests of Tibetan and Hong Kong activists, visiting Athens to protest the IOC for allowing China to host. Three protesters successfully interrupted the ceremony to light the flame in Athens, prompting their arrest. Other Tibetan activists said they were arrested despite not participating in any protest actions or, as far as they knew, violating Greek law in any way. Some of the arrested said they saw ethnic Asian people in jail while in police custody who said they were arrested without being given a reason and had no ties to human rights groups, nor did they participate in any protests. Greek authorities have yet to explain the situation at press time.