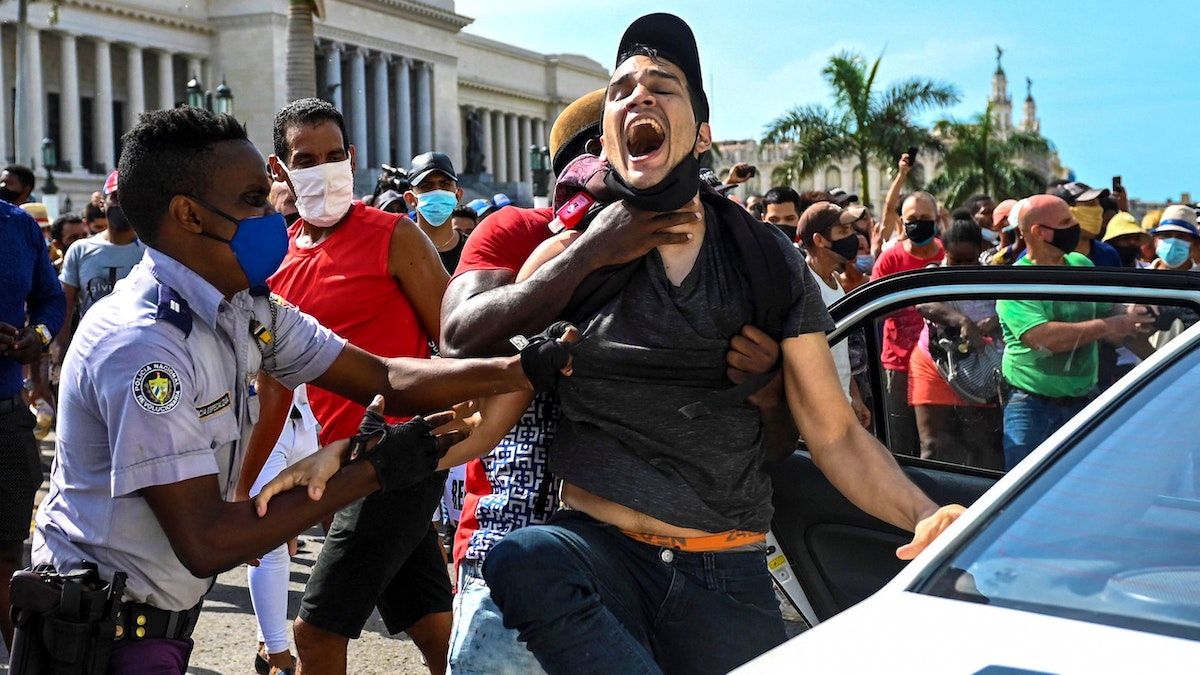 The communist Cuban dictatorial regime began cracking down on pro-freedom protesters on Sunday that stormed the island nation’s streets. Numerous arrests were reported as widespread internet outages spread across the nation.

Cubans took to the street in rarely seen demonstrations to protest the impoverished conditions of the island, their lack of freedom under the far-left Marxist regime, and did so while chanting “Liberty” and “Freedom” and waving an American flag.

José Miguel Vivanco, director of Human Rights Watch’s Americas division, said his group had received reports that at least 20 people had been arrested. He added that the organization had received reports of violence being used by Cuban forces, a claim echoed by social media users sharing videos of wounded protesters.

“This is pretty massive,” Vivanco said. “My sense is that this is a combination of social unrest based on a lack of freedoms, and covid, and economic conditions. The lack of access to electricity. The blackouts. … People are screaming for freedom.”

NBC 6 added, “In several protest areas, internet service on cell phones has been cut off and news from the island is being interrupted.”