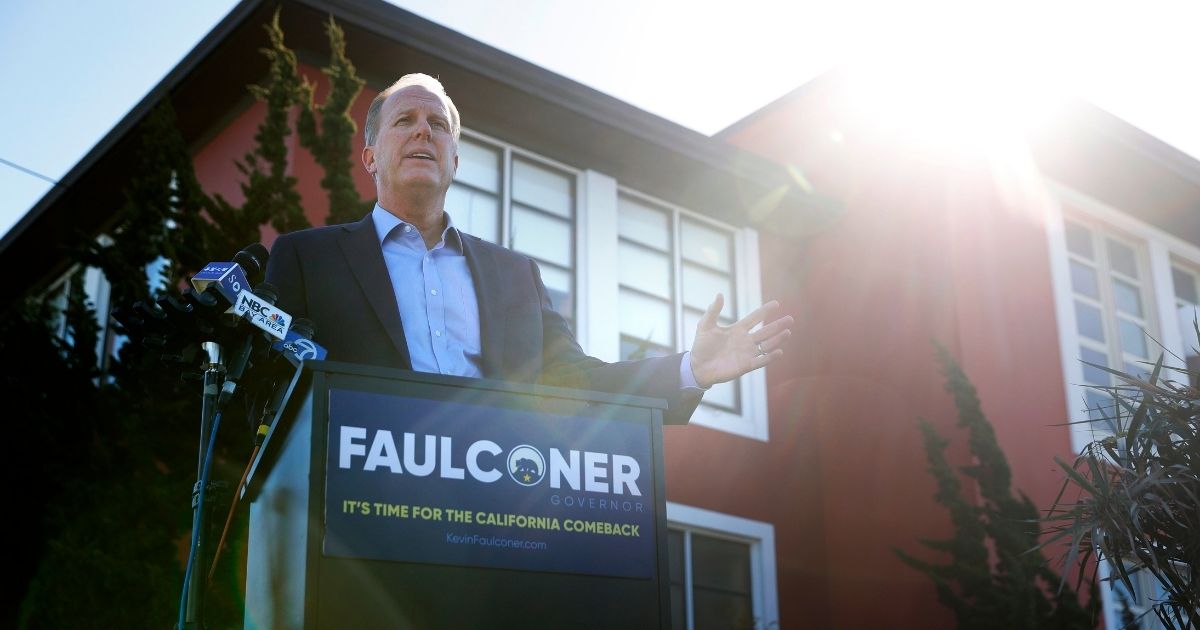 The following is an installment in a weekly series of commentary articles by Cameron Arcand, founder of the conservative commentary website Young Not Stupid and a contributor to The Western Journal.

CA: Current polling is pointing towards an uphill battle for yourself and other recall candidates. What steps is your campaign taking to close that gap and get voters out on September 14?

KF: I think there’s strong support for the recall. The passion is clearly on the “yes” side of this equation. Parents that are angry and frustrated, the schools were closed for so long slowest to the nation to reopen the fact that we have skyrocketing homelessness all across our state, unemployment second-highest unemployment in the nation. Crime is rising by double digits.

So I think when you look at all of the key indicators and the key issues, you know, this is a recall that was put on the ballot by 2 million people who signed the petition– Democrats, Republicans and Independents who all want to change at the top. They want it now.

CA: I remember when I lived in California, the enthusiasm for this recall effort was just so high. As we were just talking before this, I moved to Nashville last week and a lot of other Californians have decided to leave the state as well. They’ve really gotten sick and tired of the current leadership that is in the Golden State. What is your message right now to voters who are on the fence about staying?

KF: I think you hit the nail on the head. People are voting with their feet, they’re leaving because California is too expensive. We have to make California more affordable and more livable. So one of the things that I feel strongly about is actually lowering taxes and that’s why we’ve come out with the largest proposed middle-class tax cut in the history of California.

We have to be competitive with other states. If we are not, not only are we going to continue to see families leave because they can’t afford it, but we’re seeing companies leave and jobs leave by the thousands because our state is not competitive. We have a governor that doesn’t seem to understand that that’s even a problem.

CA: If you are elected to this office, you would essentially be one of the few Republicans up in Sacramento. How do you plan to be an effective leader despite having different political views from 90 percent of that town?

Should Gavin Newsom be replaced?

KF: This is something I have a lot of experience with. I mean, look, I’m a proud Republican who’s won twice in a deep blue city, in a deep blue state. I actually happen to believe in the Margaret Thatcher school of governing, which was you go out and win the argument publicly, and then you can win the vote. My entire tenure while I was mayor, I had a majority Democrat city council. I had to win that argument publicly and all of the reforms that we got through our city council, particularly the changes that we did on homelessness, all of my budgets that I got across the finish line without raising taxes.

You use the bully pulpit and you focus on common sense. And a lot of the issues that we are seeing unaddressed in California– homelessness, crime, cost of living. These are bipartisan issues. These are common-sense issues. You know, it’s really not about partisanship. It’s about leadership and we are receiving zero leadership from this governor. You have to be able to stand up and do the right thing.

I had hundreds of protesters out in front of my house, my personal residence this summer for 10 nights in a row, you know, yelling, screaming, every name of the book at me and my family to “defund the police.” I did not defund the police. I increased the budget by 7%. It’s about doing the right thing, not what some very few folks think is the politically correct thing. I said, “if we want the best and brightest men and women to wear that badge and protect us, we better give them the tools, the resources and the training to be successful.” That takes investment.

CA: On that note of public safety, if you go to Venice Beach or Hollywood, a big public safety concern right now is the homeless crisis. You released a plan last week saying that people need to get into more permanent housing. I’m wondering if you can go into detail about that plan and maybe even touch on what your plan is with people with mental illness, as I know that is a huge, huge part of the homeless crisis in this state.

KF: It is Cameron and look, we were the only big city in California where homelessness went down by double digits while I was mayor. I did not allow 10 encampments on the sidewalk. Period. Why? Because we care about people. We care about people enough not to let them die on tent encampments on our sidewalks and under our freeway overpasses. I set up a series of shelters with all of the wraparound services, including to your point mental health services, housing navigation, and job training.

The plan that I released called “Streets to Shelter” is based upon that successful model where we made a huge difference, improved our quality of life for our neighborhoods and our businesses. And most importantly help those that actually need it. I’m a big believer that you have to intervene. That’s why we made a difference in San Diego.

CA: While it is a lesser-discussed issue on the national level, California is approaching fire season again. In Orange County, we dealt with the Silverado fire last year and my family had to evacuate. How do you plan to prevent these massive forest fires in the future?

KF: What we’ve learned is Newsom actually cut funding to Cal Fire last year, while taking credit for the exact opposite. He also took credit for treating thousands of acres that were never treated. It’s a two-pronged effort. You have to actually go out there and treat those acres and treat it like the emergency that it is. Governor Newsom was caught, misleading the public a couple of weeks ago. He’s actually treated less acres than his predecessor. So for an issue that again is so critically important for such a large part of the state.

Please note that this interview has been lightly revised for grammar, length and clarity. 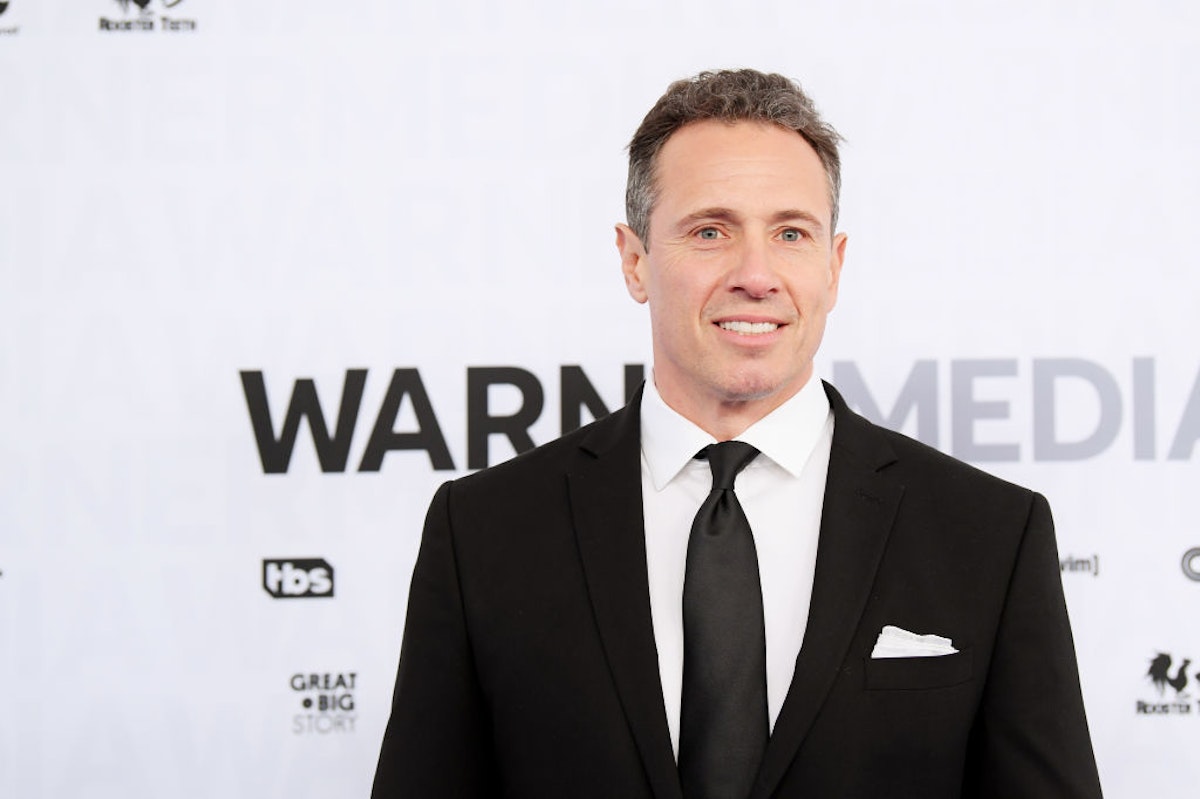 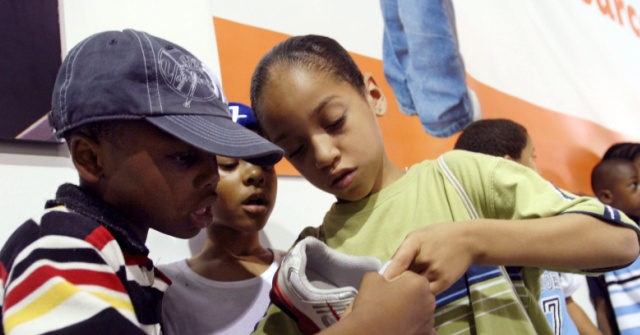 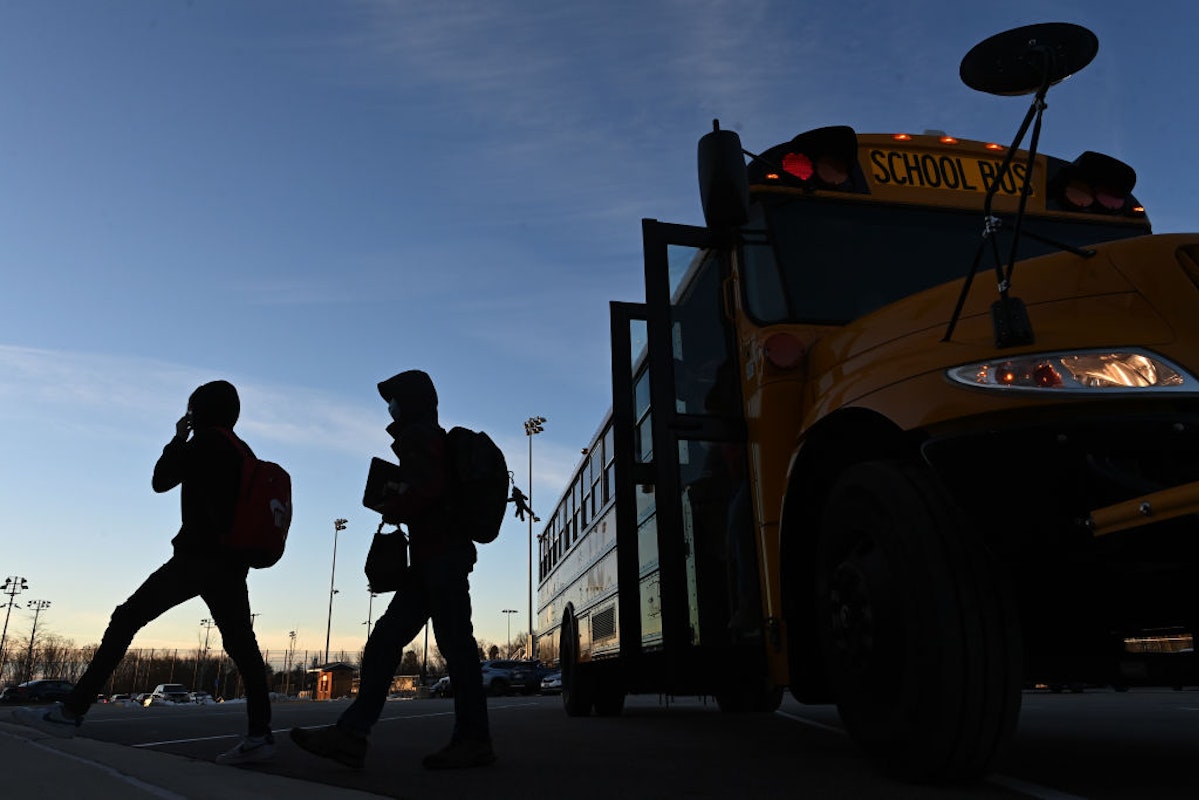