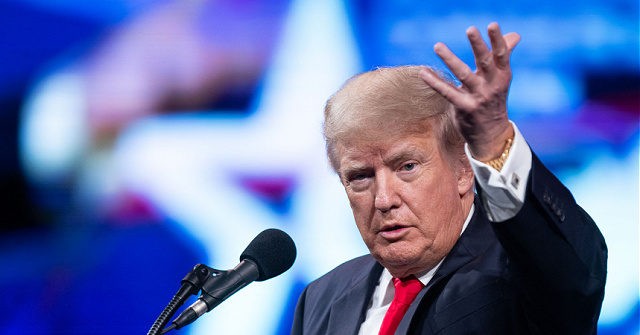 Speaking to a crowd of thousands on the final day of the Conservative Political Action Conference (CPAC), former President Donald Trump called attention to the crime wave plaguing Democrat-run cities.

“The bloodshed and violence in these cities is reaching epidemic proportions,” he said on Sunday, noting big percentage boosts in crime in cities like Los Angeles, Atlanta, and Portland.

Portland, Oregon, for example, reported five times more murders in May 2021 than in the same period in 2020. In Atlanta, Georgia, murders are up 60 percent, and Los Angeles, California, has seen a 50 percent increase in shootings this year, Breitbart News reported.

Each of those cities defunded their police departments in some capacity. In L.A., special units addressing issues like sexual assault and homelessness were closed, and more than 200 officers were reassigned after the city approved a 150 million cut to its budget, ABC7 eyewitness news reported. Atlanta has faced a crime surge in unison with its officer shortage, and in Portland, officer morale is “as bad as it’s ever been.”

“It’s very simple. If you support defunding the police, vote for the radical left Democrats. And you see what’s happening to the cities where they defunded the police,” Trump said.

Trump noted Democrats’ recent attempt to shift blame for the “defund the police” movement on Republicans, calling it “disinformation.”

“Democrats know their policies on crime are so unpopular, so radical, so crazy, they are now trying to pretend they never led the defund the police movement in the first place,” he said.

Breitbart News compiled a list of the many times Democrats — not Republicans — supported defunding police.

Trump condemned what he said were a small number of “Marxist maniacs” who want to drive the country into the ground and called for “making America safe again” at the conclusion of his speech.

“We want law and order. We demand law and order,” he said. “We totally respect the men and women of law enforcement. They will never be defunded.”

Law and order has always been a strong pillar of Trump’s campaign and is set to be a driving issue in the 2022 midterms as Republicans seek to take back Congress. With Trump touted as the leader of the Republican Party and with a CPAC straw poll result showing 70 percent support for a 2024 presidential run, any Republican hopeful will likely throw shade at Democrats’ failed policing policies.

During his speech, Trump talked about many hot-button issues, including immigration, election fraud, and his recent lawsuit against Big Tech. He did not make an announcement as to whether he plans to run for president in 2024 — though he said recently on Fox News Channel’s Hannity that he has made his decision.