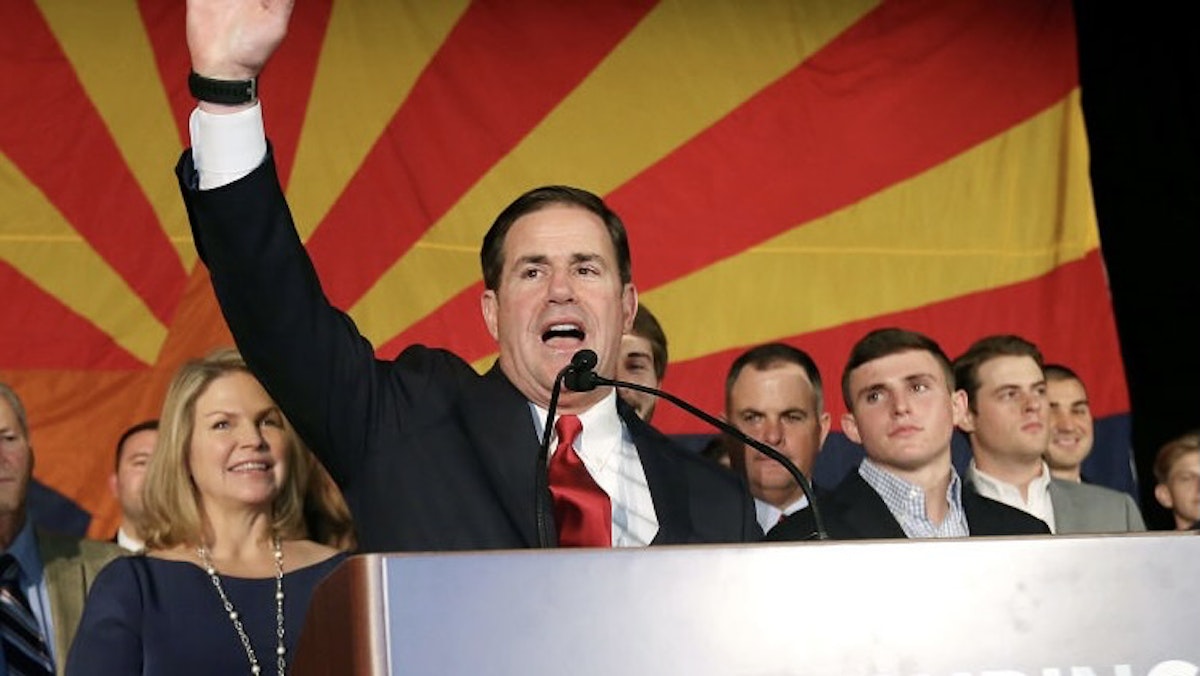 The governor signed House Bill 2906, “which prohibits the state and any local governments from requiring their employees to engage in orientation, training or therapy that suggest an employee is inherently racist, sexist or oppressive, whether consciously or unconsciously,” per the governor’s website. The bill passed the House legislature in a 31-25 vote and passed the Senate in a 16-12 vote.

“When I took office, I vowed to use taxpayer dollars responsibly, and funding training on political commentary is not responsible spending,” Governor Ducey said. “I am not going to waste public dollars on lessons that imply the superiority of any race and hinder free speech.”

“House Bill 2906 goes a long way towards protecting Arizonans against divisive and regressive lessons. My thanks go out to Representative Udall, Representative Hoffman and Senator Livingston for their leadership on this legislation. Here in Arizona, we’re going to continue to be leaders on civics education and teach important lessons about our nation’s history,” Ducey added.

Last week, Ducey signed House Bill 2898 which prohibits the teaching of critical race theory doctrine in schools. According to the governor’s website, “That law ensures that students cannot be taught that one race, ethnic group or sex is in any way superior to another, or that anyone should be discriminated against on the basis of these characteristics. The law allows a fine of up to $5,000 for schools that violate the law.

The move comes as parents around the country are beginning to speak out against teaching critical race theory to school-age children. Critical race theory is a doctrine that posits racism is still imbedded in the American system and teaches people to see one another with a hyper-racial view.

As The Daily Wire reported, a father named Ian Rice, who is black, spoke out against the teaching of critical race theory at a recent public school board meeting, saying that its point is to teach that “white people are bad.”

“That’s not true,” the father said. “That would teach my daughter that her mother is evil.”

“This board and this school district has failed,” Rice started his commentary. “[Critical race theory] was never meant to be brought into grade schools, high schools — at all. It’s actually taught in the collegiate atmosphere, more importantly the legal portion of the collegiate atmosphere to see different laws through the lens of race, from an ethical standpoint, not for grade schoolers and high schoolers.”

Earlier this week, at “a press conference with American Federation of Teachers (AFT) members, President Randi Weingarten said that critical race theory is a theory used only in law school and colleges to ‘analyze whether systemic racism exists.’ She denied that public schools and K-12 institutions writ large were pushing critical race theory one students,” per The Daily Wire.

As The Daily Wire reported, however, the AFT tweeted about critical race theory in May, saying that it does not believe the theory is “divisive.”

“Critical race theory isn’t ‘divisive,’” the union tweeted. “It’s an irreplaceable lens with which we can view our difficult history.”

Critical race theory isn’t “divisive.” It’s an irreplaceable lens with which we can view our difficult history. https://t.co/FKpcUme33V

Members of the Left and liberal media have continued to spread the message that critical race theory is simply the teaching of historical racism, claiming that those who oppose it are against teaching about the difficult parts of America’s past. In reality, critical race theorists are open about their desire to bring the past struggles into the present day.