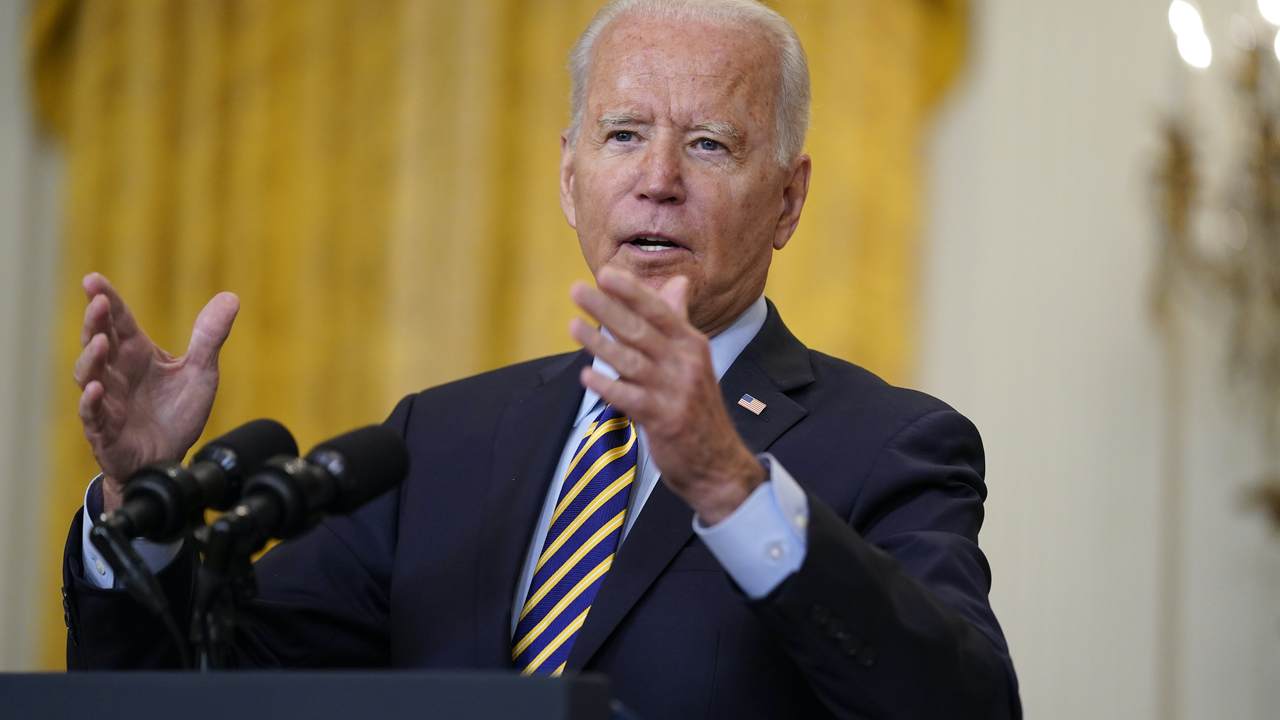 Americans are tuning out from political coverage, numbers show. Partisan media outlets are taking an especially severe hit, while mainstream outlets make ample room in their coverage for the next photo of the president eating ice cream in this era of a supposedly lowered political temperature.

Some say a spark of normalcy may even be returning to Washington as both parties are back to bargaining, though those stingy Republicans are always so severe in their demands. A domestic works package – modest by this decade’s spending standards – works its way through the legislature, and Washington may have recovered a smidgen of the decorum it had previously.

A folksy and of course very moderate Democratic president is in the White House, contrasted with the media’s anointed Machiavelli across the aisle. This time it’s the Senate Majority Leader versus the Speaker of the House, possessing of less rhetorical flourish than his predecessor foils but described in similarly foreboding terms.

Controversy over the idea tying welfare to work stirs, and Democrats push federal agencies to improve access to mortgage loans for minority homeowners. The principal tenets of the healthcare reform effort championed by Hillary Clinton enjoy a renaissance, most now found in Supreme Court confirmed law.

We read headlines about a group called the Taliban making gains into Afghanistan’s north, and its on-the-ground alliance with another group, Al-Qa’ida. As large scale training camps return to Afghanistan, the experts assure us the Taliban has incentive to rein in terrorist groups and foreign actors. Politicians of both parties assure us they can control any resulting threat through far-afield airstrikes, and of course our intelligence agencies – despite a limited on the ground presence – will have clear information about the timing and method of attacks so that clearheaded politicians in Washington can act sufficiently to disrupt them. And anyways, those threats aren’t similar in degree to those posed by the great power games that require tending to with a smaller, more technologically sophisticated military.

Defense spending as a percentage of GDP is, with bipartisan support, consistently lower than all but the leanest years of the peace dividend while many Americans – including the president – believe that domestic terrorism should be a primary security focus demanding of ‘unprecedented attention.’ Of those foreign powers that threaten the U.S., one is in a permanent decline, we’re told, and will eventually see that its interests are aligned with ours and the world community. As we “manage” that decline, we apply a DOJ-led law enforcement-first approach to non-state actors harbored in another country who are conducting a series of escalating attacks on our infrastructure. The other major rising power takes an approving note of its success in Hong Kong while Western powers begin to wrap their heads around conceding China’s next eyed possession.

This, all of this, is 1998 thinking, and it will fail. In each of these debates and tacit agreements the United States retreats to the comfort of the nineties, a decade ensconced in our memories falsely as a haven of safety and the easy American future we thought we deserved. Only ugly tradeoffs and hard choices in front of us, America has decided to look away for a bit longer.

China notes only transitory and politically survivable outrage as it methodically crushes dissent in Hong Kong and applies those lessons this time to stifle dissent in advance of a planned Taiwanese conquest within Xi’s lifespan. Russia lashes out with success, changing territorial borders in Europe, renormalizing political assassination and subversion just short of war, and allowing cyberattacks that result in gasoline shortages in our federal capital and across the South.

We abandon Afghanistan out of a sense of futility, yet without grappling with a frustratingly stubborn fact. Twenty years later the rule still applies: physical terrorist safe havens yield international terrorist attacks, and we have no credible plan to disrupt them, the havens or the attacks. Experts again suggest the Taliban will distance itself from Al-Qa’ida while Afghan forces of Tajik ethnicity flee north across a border the Taliban already controls swaths of further east in several provinces neighboring Pakistan.

Welfare reform seems harsh to many despite its demonstrable success, as Republicans and Democrats now both endorse handouts based on number of children, disagreeing in principle mostly on the size and frequency of the handouts. A wide-ranging, price-fixing role for government in healthcare is now considered commonplace by both parties. Home-buying remains a state-supported American obsession, accompanied now by a push for further subsidization of the higher education experience under the misnomer of student debt cancellation.

Thirty trillion of debt and unsustainable international trends tell us this is a lie. We prefer the lie, just like we did in the 90’s, for now. But the unwelcome demands – the big and hard choices – of this decade will assert themselves before long.