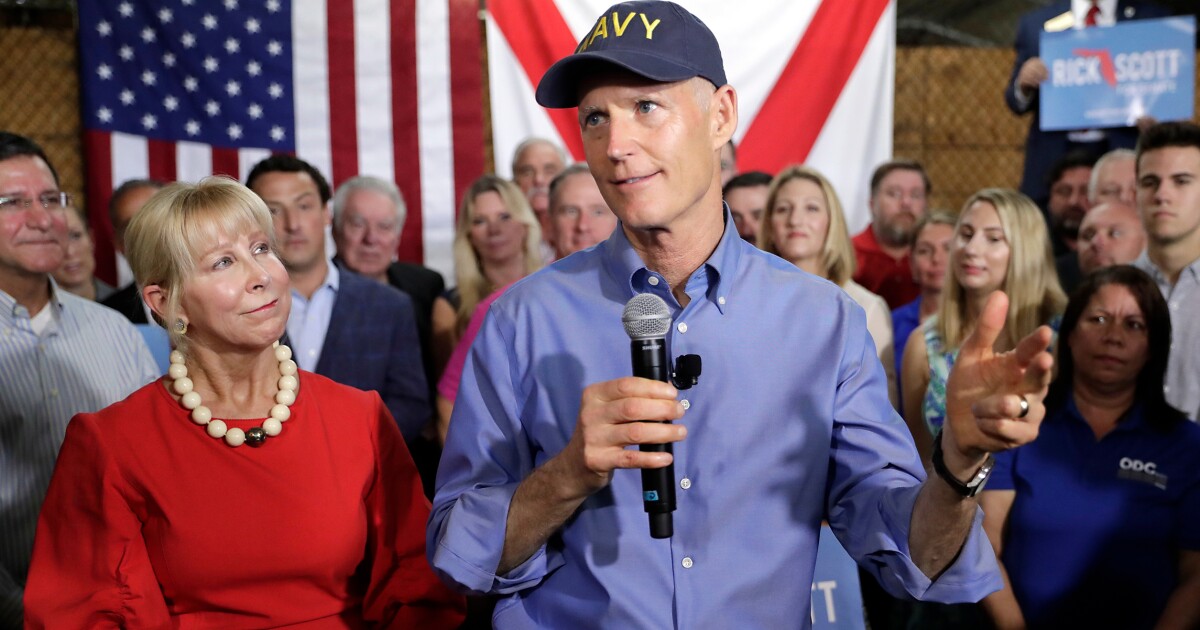 Democrats, when they control Congress, like to lay a peculiar spending trap.

First, they propose unnecessary federal spending — some pipe-dream boondoggle or something redundant with existing federal, state, or private-sector spending.

Then, after defeating Republicans in Congress, the Democrats wait to see what Republican governors do, knowing that they can pounce on those flyover states one way or another. If a red state takes the cash — hey, free money! — the chorus rains down cries of hypocrisy. President Barack Obama led this cheap attack 12 years ago, and the media cheered him on.

It gets worse, though. Because Democrats tend to do better in wealthy places, places run by Democrats pay more in federal taxes, and Republican-run places get more in need-based federal aid. This allows Democrats to mock Republican states as “Moocher States,” as New Jersey representative and House Financial Services Committee member (read: future bank lobbyist) Josh Gottheimer did recently.

My red line is not having New Jersey continue to foot the bill for a Moocher State like Kentucky.

The 2017 Tax Hike Bill hit Blue States like NJ with the SALT cap to pay for tax cuts for THEIR families, and it hit our families hard. https://t.co/iUO1My2Jl0

The alternative is that Republicans reject the wasteful federal dollars. Then, Democrats and liberal journalists scold the governors for putting politics over their state’s interest. Because, of course, the assumption is more government money is always better, regardless of what strings might be attached. After that, they mock the Republicans and say, “Fine, more money for the blue states.”

Some Senate Republicans now have a plan to disable this Democratic trap and save the taxpayers some money in the process.

The Pay Down the Debt Act of 2021 would allow governors or local governments who reject federal money to direct that money toward paying down the federal debt.

“Through our bill,” sponsor Sen. Cynthia Lummis of Wyoming said, “state and local leaders would be able to take unused or unnecessary funds that they have been awarded by the federal government and redirect those funds to address our $28 trillion national debt. If we do not start paying our debt now, our grandchildren will have to pay it later.”

Florida senator and former Gov. Rick Scott is the leading co-sponsor. In 2011, as Florida's governor, he wisely rejected federal funding for high-speed rail. Had Scott accepted that money, it would not have been free. His state would have ended up wasting its own money, land, resources, and state capacity on a worthless boondoggle, exactly as California did.

Fiscally responsible states, and local and state leaders who know a boondoggle when they see one, shouldn’t be put in a bind. They should have the option to say, “No thank you, Uncle Sam,” without ceding the cash to Gavin Newsom or Andrew Cuomo to waste. They should be able to earmark this cash to pay down the debt that their youngest residents will inherit.

With the national debt nearing $30 trillion, that seems prudent.