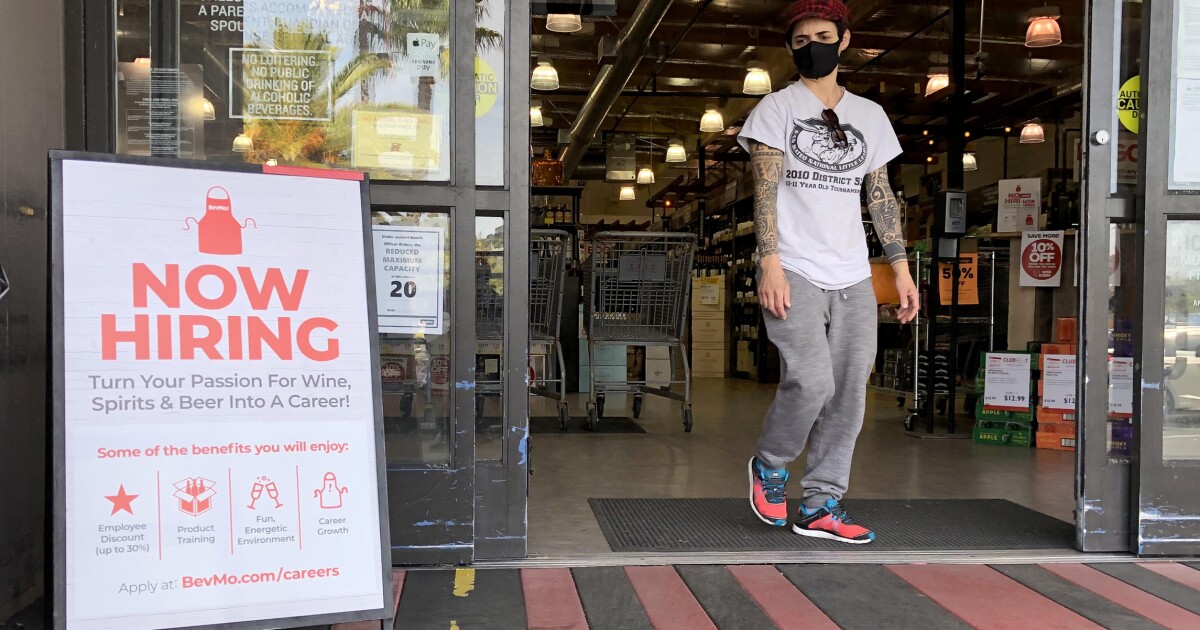 Economists and the Biden administration expected a banner April jobs report. Some estimates predicted a million new jobs. Unfortunately, the forecast fell way short. In what would be a good month at any other time, 266,000 jobs came as a significant disappointment as the nation climbs out of the hole created by the COVID-19 pandemic.

President Joe Biden used the weak report as a precursor to defend the $1.9 trillion American Rescue Plan. “Some critics said we didn't need the American Rescue Plan, that this economy would just heal itself. Today's report just underscores, in my view, how vital the actions we are taking are,” the president said. “Our efforts are starting to work, but the climb is steep, and we have a long way to go.”

He also used it to push for his $2.3 trillion infrastructure plan, called the American Jobs Plan, and another $1.8 trillion for his American Families Plan that spends money on universal pre-kindergarten, free community college, and billions in subsidizing child care services.

However, the unemployment rate is 5.8%. It's a remarkable recovery since the high of 14.8% in April of 2020 when most of the country was locked down at the beginning of the pandemic. The Labor Department recently reported there are 8.12 million job openings in the United States, the highest amount dating back to 2000. With that many slots, there is a dearth of people willing to return to work.

The Biden administration and other Democrats immediately pushed back on the idea of a labor shortage, putting a damper on the jobs numbers. Still, with over 8 million openings, it's difficult for them to make that case. Others have placed it on companies not paying high enough wages. However, according to the latest numbers from the Bureau of Labor Statistics, in 2019, only 1.9% of hourly workers in the U.S. workforce get paid at the prevailing minimum wage of $7.25 per hour. That's down from 13.4% in 1979 when the government first began regularly collecting the data.

The reasons for people unwilling to return to work go beyond the issue of pay. Several economists and elected officials have pointed to the enhanced unemployment benefits provided by the federal government as creating an incentive not to return to work.

Republican Sen. Ben Sasse of Nebraska sounded the alarm in March 2020 when debating the first COVID-19 relief bill, warning of the consequences. “It appears that when you look at the interaction of different programs in this bill, there are multiple cases where folks would get more money, and in some cases significantly more money, by being unemployed than if the employer-employee relationship were maintained.”

In a statement to the Washington Examiner, Sasse said of the current environment, “Washington took a bad situation, buried its head in the sand for a year, and let the problem get worse. We could've avoided a bunch of this mess if Congress capped unemployment benefits at full pay like we tried to do last year. Now, we've got crummy jobs numbers because Washington has made unemployment pay more than work.”

Sasse told the Washington Examiner, “The National Signing Bonus Act isn't perfect, but it's an attempt to right the ship in the middle of this mess. Let's convert the expanded unemployment benefit into signing bonuses to offer an incentive for people to get back to work. You get a bonus, a reliable paycheck, and the dignity of work. Americans want to work. Let's do this.”

Another factor for the slow growth could have been the continued restrictions throughout the country. Florida eased restrictions much earlier than most states, and the latest state unemployment rate is 4.8%. At the same time, the unemployment rate for California in March was 8.3%, in New York, it was 8.5%, and Washington, D.C.'s rate was 7.8%. Both states and the district only recently announced they'd lift capacity restrictions.

Before announcing the lifting of capacity restrictions set to occur on Friday, Washington eateries are still held to capacity limits of 25%, including staff. The edict keeps restaurant owners from fully staffing, particularly those that do not offer outside seating.

With the CDC offering new recommendations that fully vaccinated people do not have to wear masks, even indoors, it's likely more states will continue to lift restrictions quickly and fully open up their economies. Also, more states are likely to end the enhanced unemployment benefits as Montana and South Carolina did, creating a situation in which those collecting more in unemployment will have to return to the workforce.

The forecast portends a possible “rebound” in May. If the job situation improves, it creates a quandary for the Biden administration. With more jobs created and lower unemployment, the president's $2.3 trillion “jobs plan” becomes far less necessary and a more difficult sell, particularly with Democrats such as West Virginia Sen. Joe Manchin not on board with the high amount.

The May unemployment report is sure to send a signal to both parties over the direction of how much more the government should intervene in getting the nation out of the pandemic and back to normal.