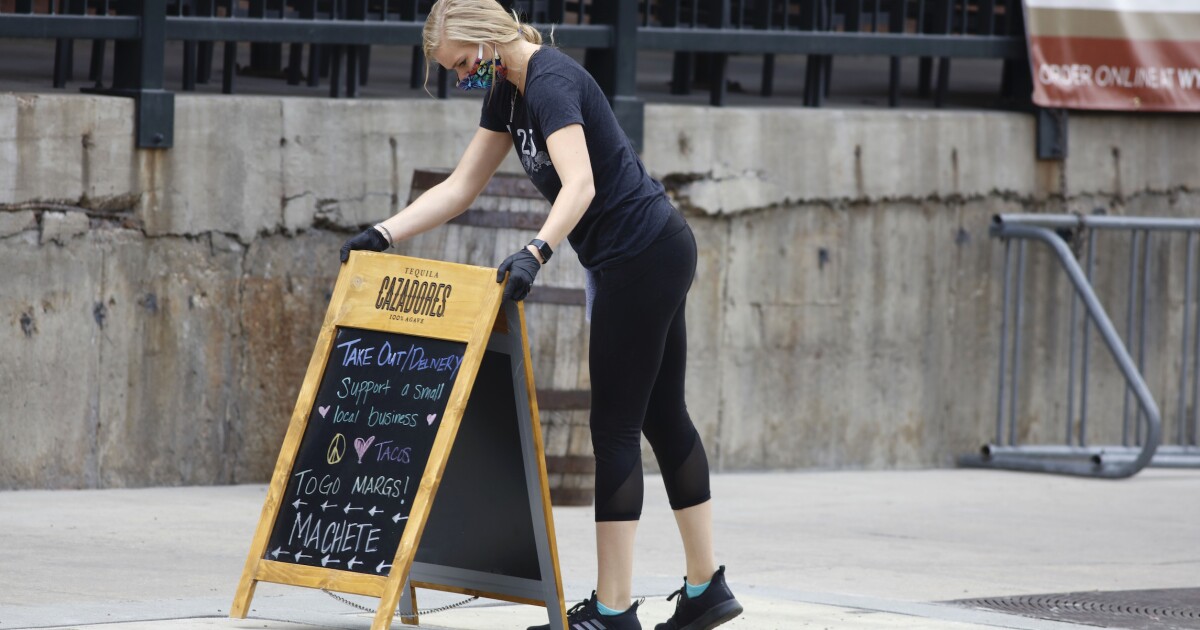 Employment in restaurants and bars surged in April, the Labor Department reported Friday, even as overall employment growth disappointed.

The gains in leisure and hospitality, the sector most dependent on the retreat of the pandemic, complicate the assessment of what slowed job growth throughout the month — especially regarding the possibility that unemployment benefits are preventing employers from filling posts.

“In April, employment in leisure and hospitality increased by 331,000, as pandemic-related restrictions continued to ease in many parts of the country. More than half of the increase was in food services and drinking places (+187,000),” the Bureau of Labor Statistics wrote in a jobs report Friday.

For many months during the pandemic, Democrats and Republicans debated the appropriate amount of unemployment aid.

For the first few months of 2021, those receiving unemployment benefits got an extra $300 a week from the federal government on top of what their state already provided. The average person receives $387 in state weekly unemployment payments, according to the Center on Budget and Policy Priorities, which resulted in a total of approximately $687 every week in aid between the federal and state benefits.

Democrats argue that higher jobless benefits are needed to help sidelined workers pay bills and boost the economy in the short run as the pandemic has forced people to stay home.

Republicans, on the other hand, have argued that higher unemployment benefits discourage people from returning to their jobs.

Although the leisure and hospitality industry had a bump in jobs in April and has added 5.4 million jobs over the year, employment in the industry is down by 2.8 million, or 16.8%, since February 2020.

Overall, the April jobs report was far from rosy, with the economy adding far fewer jobs than expected and unemployment rising slightly to 6.1%. This indicates the economic recovery from the coronavirus pandemic is occurring a little slower than hoped.

The economy was expected to add nearly 1 million nonfarm jobs in April, and forecasters expected that the unemployment rate would continue to decline from that of February and March, which exceeded the predictions of economic analysts.