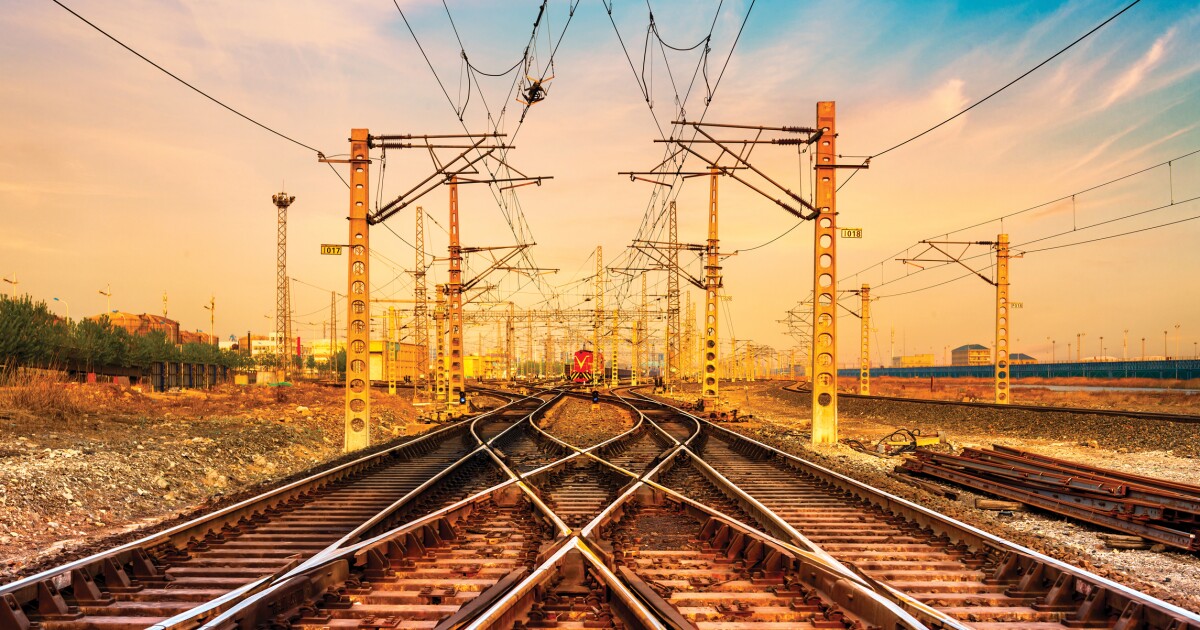 The on-again-off-again relationship between the railroads and Congress is off again. It was confirmed when the Association of American Railroads came out swinging against the surface transportation reauthorization bill called the INVEST in America Act this month.

“America's railroads are extremely disappointed in the INVEST in America Act and urge opposition to the bill,” the industry lobby proclaimed in a press release.

“During this time of crisis, Congress should be looking towards common-sense solutions to fund America's infrastructure, not partisan policies that fall far short of what this moment demands,” it added.

The AAR essentially charges that elected Democrats are two-faced about rail. On the one hand, politicians praise rail as more environmentally friendly than cars and long-haul drivers. On the other hand, partly at the behest of unions, they have added onerous requirements to the transportation bill that the rail companies charge would handicap them.

The AAR warns that the bill would effectively prohibit the transportation of liquefied natural gas by rail, lock in a “two in a cab” requirement that technology is likely to make redundant, and make it very hard for Mexican crews to operate on rail lines along the border. It would institute a federal blocked-crossing standard that doesn't consider the fundamental differences in America's approximately 200,000 grade crossings.

“Privately funded freight railroads provide the most environmentally efficient way to move goods over land, take freight off roads, and make businesses more competitive. Prescriptive policies lacking a safety justification are not only misguided but undercut the sector's ability to move even more goods. We hope policymakers will avoid measures that placate special interests and realize that undermining the competitive viability of railroads will, in fact, limit their own agenda,” AAR spokesman Ted Greener told the Washington Examiner.

Ron Kaminkow is the general secretary of Railroad Workers United. On his union's website, he raised the issue of safety. “‘What if the engineer has a heart attack?' is an often-heard question,” he wrote.

Kaminkow said he believes that rails are putting too much confidence in technology, specifically remote control operation technology, which can be pretty effective in switching yards but less effective along the actual rail lines.

“The rail carriers apparently believe they can safely and efficiently operate road trains with just one employee aboard as opposed to the current standard of two. We disagree,” he wrote. His union has hired lobbyists to bring that disagreement to Congress.

The AAR implicitly concedes that one-man operations could not be made to work at present but doesn't want rail's arms tied as the technology improves in the future.

“This anti-technology provision would prevent any freight railroad staffing modernization in perpetuity, a process that has historically been done through collective bargaining, without providing any safety benefit,” AAR warned in the press release.

Marc Scribner, a transportation policy analyst for the Reason Foundation, said he thinks the rail lines make a solid point in opposing this legislation.

“It's strange that some politicians who claim to support rail and reducing the emissions intensity of the transportation sector are behind legislation that would systematically disadvantage privately financed rail in favor of more polluting and less safe trucks on publicly funded roads,” he told the Washington Examiner.

Brookings Institution economist Clifford Winston said he agrees with the rail lines about this bill and technology, and then some.

“America's infrastructure legislation must be focused on new effective technologies instead of on increasing funding for inefficient spending,” he said. “To this end, Congress and the U.S. Department of Transportation must work together to expedite the adoption of autonomous vehicles and drones, which will improve much of the transport system and offset a lot of the inefficiencies that have accumulated under misguided policies. In the case of rail freight, autonomous rail car operations will improve safety and efficiency, and drones can safely and efficiently detect any threats to safety in rail yards and crossings. Policymakers should stop trying to micromanage rail's current operations and should help rail enter a future of autonomy.”