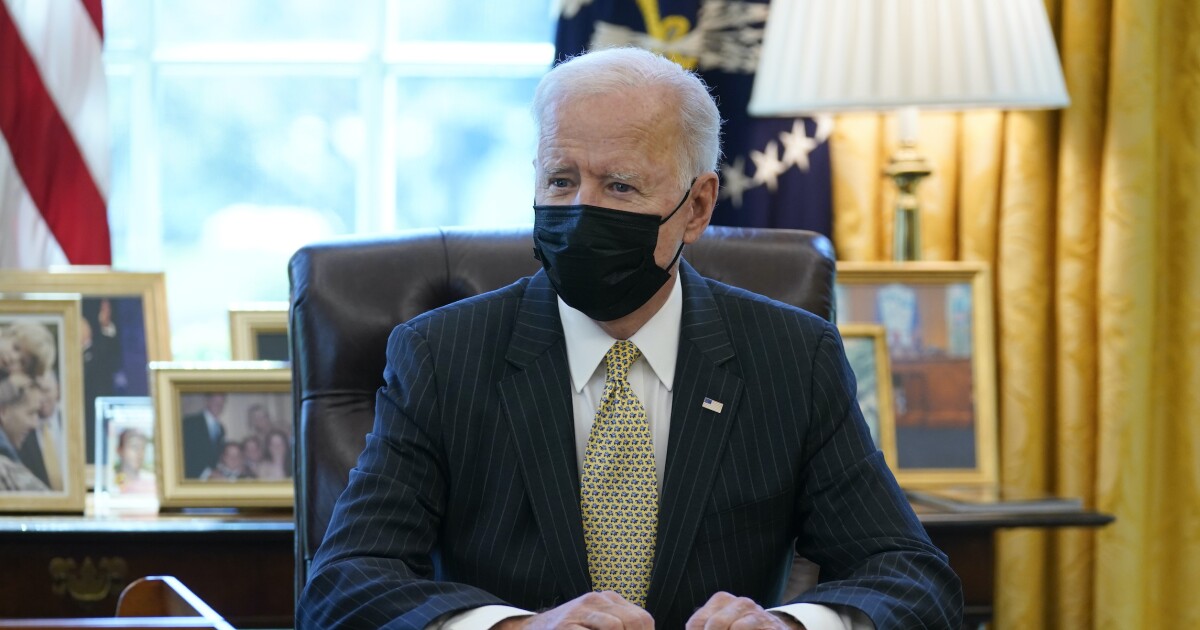 The pharmaceutical industry is arguing that President Joe Biden’s decision to back a waiver for COVID-19 vaccine patent protections will undermine innovation and shrink the already-strained supply chain.

“It's an empty promise. … It's not going to lead to more shots in arms. In fact, it's likely to make the situation worse because patents aren't the problem,” Stephen Ubl, CEO of pharmaceutical industry trade group PhRMA said on Fox Friday.

The Biden administration announced on Tuesday that the United States would support a proposal moving through the World Trade Organization to lift intellectual property protections temporarily on coronavirus vaccines in an effort to aid other countries struggling to quell devastating outbreaks. U.S. Trade Representative Katherine Tai called the administration’s policy reversal “extraordinary measures … in service of ending this pandemic.”

The Biden administration has justified the move on the grounds that temporarily lifting patent protections on COVID-19 vaccines will grant poorer countries the legal authority to develop generic versions of the shots.

But the pharmaceutical industry says the wavier would expose trade secrets to hostile nations and hinder biotechnical innovation.

“The message they're sending the scientists is terrible,” Ubl said. “It's essentially saying, ‘When it's time to run into the fire again, the more important your invention, the more likely it is that we're going to give it away to competitor countries.'”

Pharmaceutical companies argued this week that patent protections are not the obstacle that developing countries have to beat in order to produce vaccines at scale. The actual impediment to boosting vaccine supply is the strained supply chain necessary to get raw materials to countries that need them, according to Brent Saunders, chairman of Vesper Health and former CEO of Allergan.

“There are more practical ways that would actually lead to people getting shots in the arm, and that's really by supporting manufacturing capacity and supply constraints, not by waiving intellectual property, which is the lifeblood of innovation in the biopharmaceutical industry,” Saunders said Friday.

Economists have also argued that waiving intellectual property rights will not sufficiently lift obstacles for other countries to produce their own vaccines. Instead, international agreement to contribute raw materials and the technological tools to produce shots, combined with waiving patents, would boost vaccine production.

“You bind everybody into an agreement where these countries can make the materials and they have to commit not to restrict exports. If countries that are bound by the agreement can no longer break the supply chains, you’ll actually start having the ability to manufacture at scale,” said Monica de Bolle, a global economist at the Peterson Institute for International Economics.

Proponents of signing on to the waiver argue that the U.S., which is slated to have enough vaccines for every adult by the end of May, has a moral obligation to help improve the limited global manufacturing capacity. Indeed, without a boost in production speed, many poor countries will be unable to vaccinate enough of their populations for another two or three years, according to the Center for Global Development, an international policy organization.

The Biden administration recently announced that the U.S. would donate raw materials to India to speed up production of the AstraZeneca vaccine, which has been authorized for use abroad but not in the U.S. The administration had been in close contact with Indian Prime Minister Narendra Modi about ways to suppress the devastating surge there that has infected nearly 390,000 people daily over the past week.

The administration’s new stance on the waiver will not produce results immediately, though, as the pharmaceutical industry is expected to launch a protracted fight against efforts to lift the patents.

“This change … flies in the face of President Biden’s stated policy of building up American infrastructure and creating jobs by handing over American innovations to countries looking to undermine our leadership in biomedical discovery,” Ubl said. “These are the real challenges we face that this empty promise ignores.”