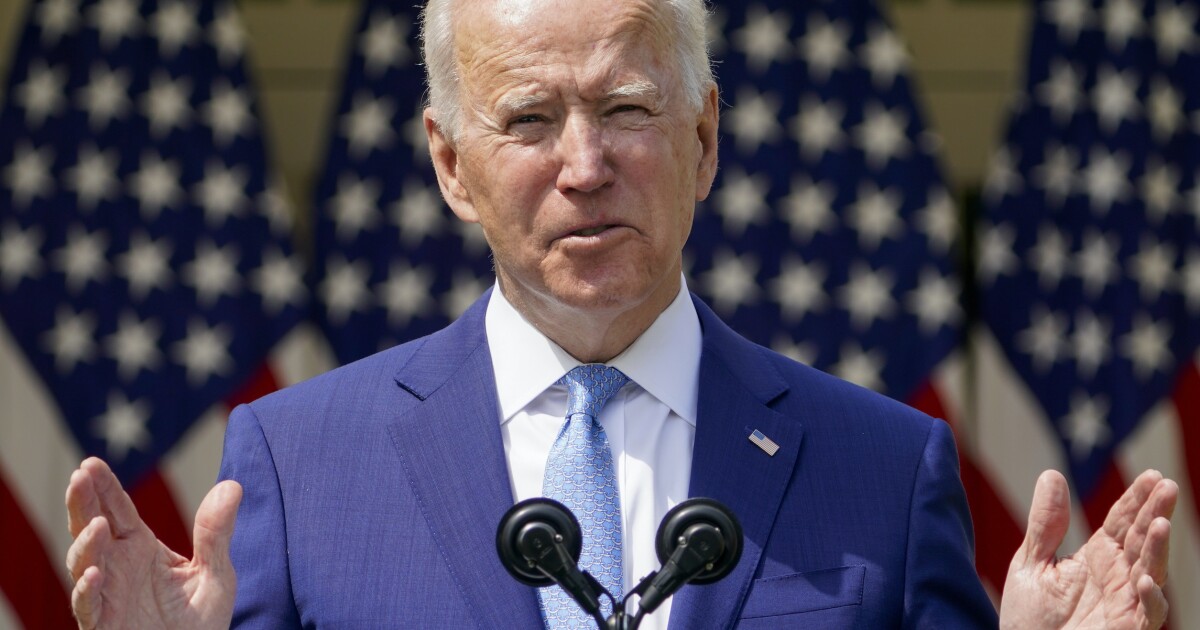 Republicans are urging President Joe Biden to tap the brakes on new federal spending after a disappointing jobs report, but the White House and congressional Democrats are still signaling full speed ahead.

GOP lawmakers are especially concerned additional unemployment benefits are keeping people from rejoining the workforce as the economy reopens and the pandemic recedes, though they believe the disappointing 266,000 new jobs, barely over a quarter of what was projected, and uptick in the jobless rate to 6.1% casts doubt on the entire project of repeated $2 trillion spending bills.

“Almost every employer I spoke with specifically mentioned the extra generous jobless benefits as a key force holding back our recovery,” Senate Minority Leader Mitch McConnell, a Kentucky Republican, said in a speech on the chamber’s floor on Monday.

LIZ CHENEY AND THE THREE REPUBLICAN STRATEGIES FOR DEALING WITH TRUMP

“President Biden is all over the place on unemployment insurance — he wants to go after folks who are gaming the system, but he’s denying the reality that his policies are making the situation worse so he's trying to make struggling businesses the boogeymen,” Sen. Ben Sasse, a Nebraska Republican, said in a statement. “Here’s the deal: bad federal policy is making unemployment pay more than work and millions of jobs aren’t getting filled. President Biden and his party were warned this would happen but they doubled down on bad policy.”

To Biden, the slow return to full employment only demonstrates the need for more fiscal stimulus. The $1.9 trillion “American Rescue Plan” has been signed into law, but the nearly $2.3 trillion “American Jobs Plan” and the $1.8 trillion “American Families Plan” are still pending before Congress. Former President Donald Trump signed two coronavirus-related economic packages last year, with a total price tag in excess of $3 trillion.

“When we passed the American Rescue Plan, I want to remind everybody, it was designed to help us over the course of a year — not 60 days, a year,” Biden said at the White House on Friday. “We never thought that, after the first 50 or 60 days, everything would be fine.”

“You know, I don't think that the additional — the addition to unemployment compensation is really the factor that's making a difference,” said White House press secretary Jen Psaki. “There's no question that we're hearing from businesses that they are having difficulty hiring workers.” She said she would “note that the jobs report is a little bit stronger than the headline numbers might suggest on the hiring front.”

This is in many respects a replay of a debate that occurred when Biden was vice president under Barack Obama. Republicans contended that policies of additional taxes, spending, and debt were creating a slow recovery, with unemployment remaining relatively high as late as when Obama was reelected in 2012. Democrats countered that the economy was rebounding from the lows hit under their GOP predecessors. Winding down the pandemic will inevitably lead to businesses reopening, people going back to work, and some increase in consumer spending.

“A key problem with the way the administration and many others see federal spending is only through a Keynesian lens — more spending automatically pumps up growth, like a driver pressing down the gas pedal,” said Chris Edwards, a leading tax and budget expert at the libertarian Cato Institute. “They ignore microeconomics. Nearly all the proposed new spending would create microeconomic distortions that would undermine growth. That is, there would be a behavioral response to the spending.”

Democrats nevertheless believe that with narrow majorities in both houses of Congress and losses possible, even likely, in next year’s midterm elections, they need to pass what they can now. The success of their spending programs may be their only way to hold on next November.

“We need to deliver on what we ran on last year, and voters will remember who stood against us,” a Democratic strategist said.

Most polls have shown small majorities approving of Biden’s handling of the economy, but an Associated Press/NORC survey released on Monday gave him a solid 57% approval rating on the issue, compared to 63% approval overall. But only 19% of Republicans gave Biden’s economics such high marks, compared to 91% of Democrats.

In addition to the vast quantity of spending, Biden has proposed tax increases to pay for some of his new plans. Higher corporate, capital gains, and personal income tax rates could be ahead, though the White House has vowed households earning less than $400,000 a year will be untouched.

“The poor payroll data may be caused by businesses anticipating the damage caused by growing federal spending, taxes, and regulations,” Edwards said.