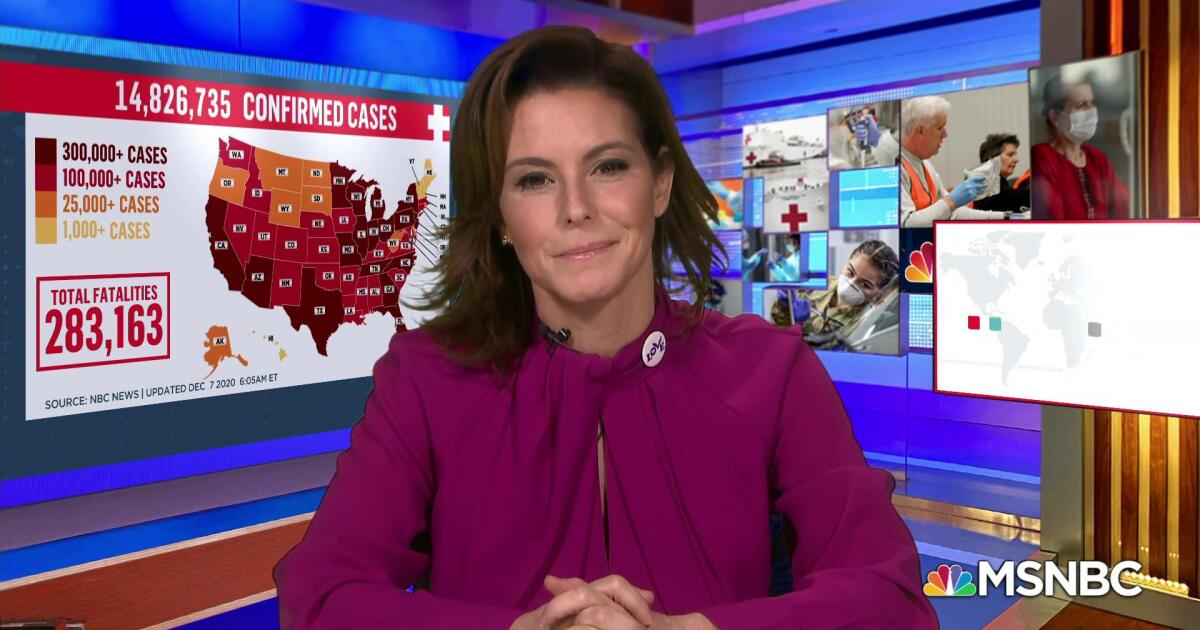 MSNBC host Stephanie Ruhle bills herself as a financial whiz kid, someone with an advanced understanding of economics and business.

After all, before joining the left-wing network, she co-hosted business news programs for Bloomberg Television. Before that, Ruhle worked for several years in the financial sector, including stints at Credit Suisse and Deutsche Bank.

Yet, for all her years in and around the financial industry and business reporting, Ruhle sure doesn’t seem to know a lot about either.

Take, for example, her reaction to last week’s job report, which showed the United States added a mere 266,000 new jobs in the month of April, far short of economists’ prediction of 1 million. For Ruhle, the report is proof we need more stimulus spending, not less. In addition to the recent $2 trillion COVID aid package approved by Congress, she argued, we also need President Joe Biden’s $4 trillion “infrastructure” plan.

Just forget the parts where the feds are pumping out trillions of dollars already, all while paying people not to work.

“The White House needs and America needs a lot of the things in the infrastructure plan to go through,” Ruhle said during an interview with Austan Goolsbee, former President Barack Obama’s chief economic adviser. “We need improved child care. … We need that.”

She added the following word salad: “There's a $4 trillion price tag on it, and those are all long-term, big changes that will help us going forward. We did, however, pass $2 trillion just two months ago in emergency funding. Does it worry you we spent that much kind, kind of flooded the system with money which that does just temporarily keep people home and that will fatigue those who say we just spent $2 trillion, ‘I don't want another four, and the four is what we really need?’”

Goolsbee responded by saying he, too, is concerned about the politics of the situation.

“Yes,” he said, “I'm concerned about that as politics. The thing about the $2 trillion, we haven't gotten hardly any of the $2 trillion actually out the door yet, so let's see whether the money that's going to address the — stop the spread of the virus, there's money in that relief act that goes to address daycares and try to fix some of the labor supply problems.”

Later, on social media, the MSNBC host criticized small businesses for being unwilling to spend money as freely as the federal government, saying they shouldn’t be in business in the first place unless they’re willing to hike wages considerably for workers.

“Why is it – that the unemployment benefits are too generous rather than the pay offered by employers too low?” Ruhle asked in a barely legible tweet. “Pay more $ = find more workers If margins are so thin, that you cannot increase pay without passing it through/losing customers = your biz model doesn’t work.”

Yes, small businesses of America. Have you all considered not having thin margins? Have you considered not being poor? The Credit Suisse/Deutsche Bank lady has some indispensable financial advice for all of you about why you shouldn't compete in the first place. (She didn't explain why that would be better for those workers not hired by the businesses that she said shouldn't be in business at all.)

Weirdly enough, Ruhle also said later, “[And] remember, over the last year Amazon & other major retailers hired HUNDREDS OF THOUSANDS of people to work in warehouses/disty centers. Many of those jobs pay $16+hr, healthcare & offer steady schedule. A lot of folks left the service industry & aren’t coming back.”

She added, “Independent small businesses were struggling pre-pandemic to survive the Amazon effect. How do they do it now, overhead costs are only rising?”

This is weirdly at odds with her first “stop being poor” tweet. In fact, if one didn’t know any better, it appears Ruhle is learning about this stuff for the first time and is merely thinking out loud on television and social media.

Only the best for MSNBC.