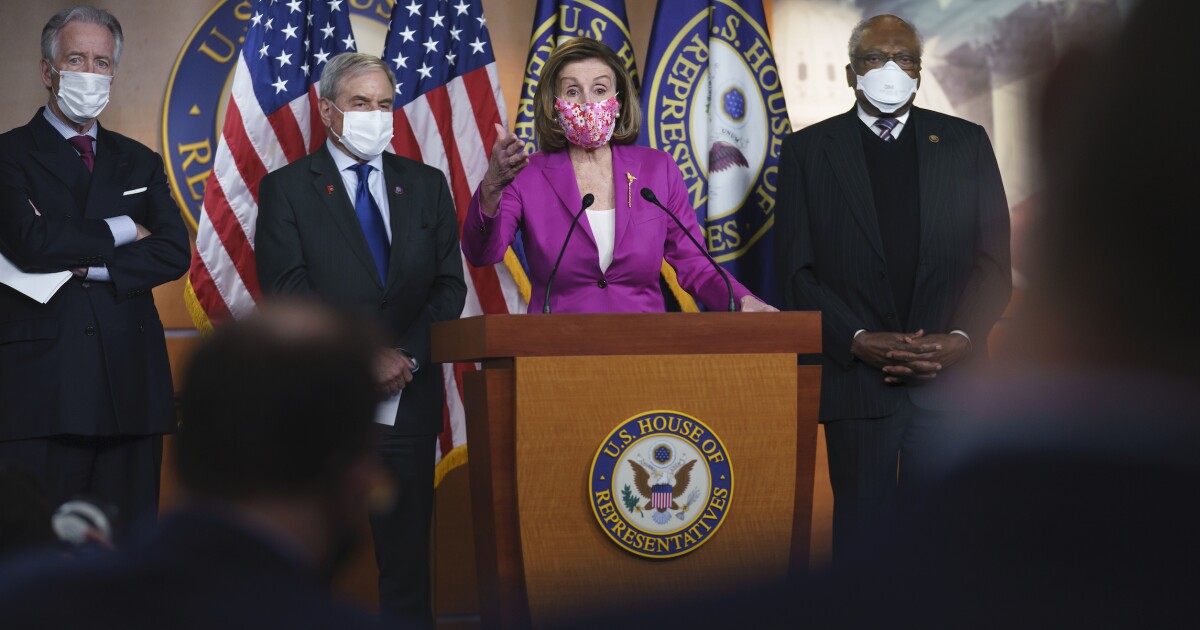 Budget day has come and gone.

Here is how the budget process is supposed to work: First, the president submits his budget proposal by the beginning for February. Then, by April 1, the Senate Budget Committee puts forward a budget resolution. The House Budget Committee must do the same, and the two chambers are supposed to agree on a concurrent budget resolution by no later than Thursday. Then, the committees begin working on legislation based on the budget, and the appropriators work on funding the discretionary budget — all to be done by Oct. 1.

Where are we on this process? Absolutely nowhere. And we, as taxpayers, should be outraged.

Yet, the United States government, one of the single largest entities in the world, has operated without a full on-time budget in place for 40 of the past 46 years. It is the highest abdication of responsibility for lawmakers to run the country with literally no plan.

With so much borrowing adding to our deficits (some justified to fight COVID-19, some not, such as poorly designed tax cuts and bad spending deals), you’d think that the House and Senate Budget Committees would be fully engaged and charting a course for our fiscal future. With the national debt now the size of the economy and set to grow in perpetuity, long-term planning is more important than ever.

Not only does that basically never happen anymore, but things are also getting worse. The budget resolution passed this year was almost a year late and wasn’t really a budget at all; its only purpose was to fast-track the $1.9 trillion American Rescue Plan into law.

In the prior three years, a budget resolution hadn’t reached the floor in the House or Senate. And these last two years, for the first time ever, neither budget committee put forward a draft budget.

While budget resolutions are becoming a thing of the past, government shutdown threats are practically becoming a norm. Eight of the past 10 years, lawmakers have failed to pass any appropriations bills before the Oct. 1 deadline. When there are spending agreements, they’re often shorter-term deals packaged with large giveaways to attract votes. The 2018 and 2019 year-end spending deals added $2.2 trillion to the debt over 10 years without a budget resolution to guide all that money where it might do the most good.

To get the process back on track, we need to overhaul it and empower the budget committees to take charge of what’s in their jurisdiction. We could start by prohibiting the consideration of legislation with a fiscal impact until a budget resolution is in place. The April 15 deadline should have some teeth to it, and Congress shouldn’t make policies affecting the budget before actually writing one. This doesn’t mean urgent legislation would get blocked. Establishing a Senate rule requiring a supermajority of support to consider fiscal legislation when a budget isn’t in place would strike an appropriate balance.

With a firm deadline that lawmakers feel obligated to adhere to, we’d also need to ensure the budget resolution actually guides fiscal decisions. It can’t just be a ceremonial document. It must provide stability and help with longer-term planning, ideally with fiscal goals and debt targets to give Congress more control over our fiscal trajectory. In the absence of guardrails, lawmakers will most likely continue to ignore the debt and basic tenets of responsible budgeting.

Additionally, we should return to two tools that worked: discretionary spending caps and pay-as-you-go budgeting. The caps should not be so strict that no one is willing to stick to them, as the sequester proved to be, but strict enough that they force a real oversight on what programs are most important. Pay-as-you-go needs to ensure the basic approach that other than in true emergencies, important things are worth paying for, and do so without allowing members to vote secretly to ignore this most basic principle.

Finally, it’s time to quell the brinkmanship and crisis legislation that we have become accustomed to and get rid of the possibility of costly, wasteful government shutdowns and threats of default. If a funding deadline is missed, rather than risking a shutdown, funding should continue on a short-term basis at the prior year’s level. In the interim, members of Congress would have to stay in Washington, D.C., until negotiations are complete and a spending package is adopted. Anyone who is aware of lawmakers' schedules and the return trips to their districts knows that this would be a huge incentive to get a deal done, while making shutdowns a thing of the past.

For good measure, increasing transparency and better informing the public about the state of our country’s finances are long overdue. Lawmakers from both parties have called for an annual “Fiscal State of the Nation” report from the comptroller general that would do just that. A better informed public would hold lawmakers accountable and prevent us from getting back to this point of ignoring the budgeting process.

These reforms wouldn’t solve all our problems. A better budget process structure won’t guarantee that politicians spend our money wisely or stave off any future fiscal crisis. But bringing fiscal transparency and accountability back to Congress, in some form, is a great place to start.

Maya MacGuineas is the president of the Committee for a Responsible Federal Budget in Washington, D.C.