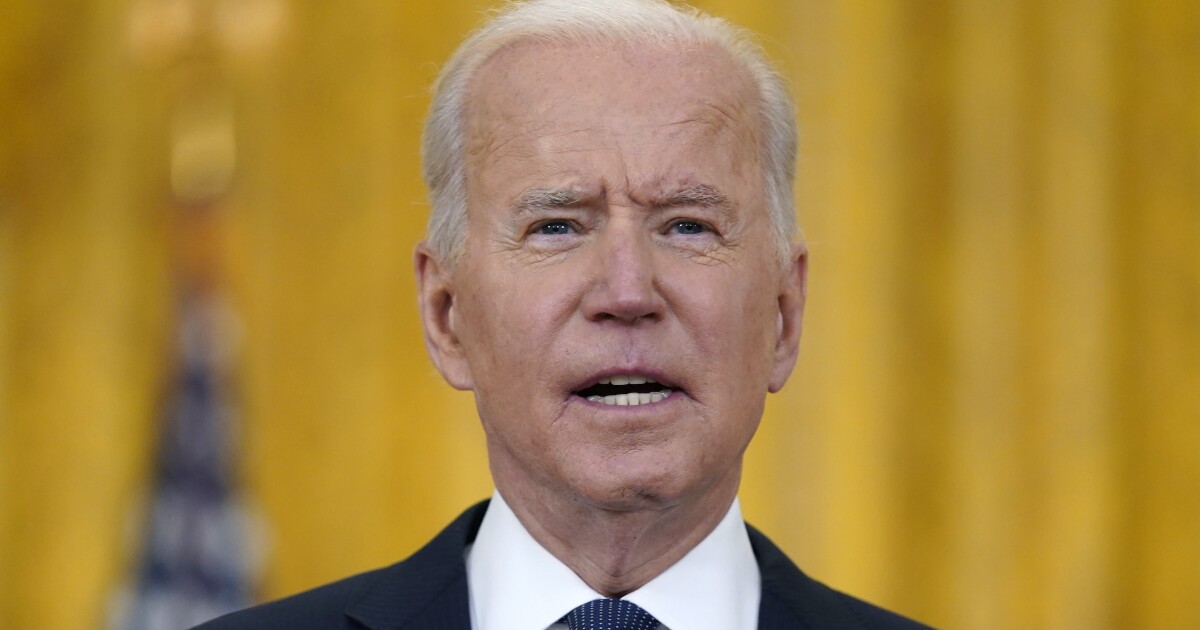 Joe Biden, having already presided on the worst economic recovery since World War II as Barack Obama’s vice president, could oversee one even worse. But unlike the fundamentally crippled economy Obama inherited, Biden came into office with every economic feature in his favor.

Thanks to Operation Warp Speed, his White House inherited the most remarkable vaccine production process in history. Because the coronavirus recession was created by preventive lockdowns and demand shocks, not underlying failures of the economy, the country seemed keen to roar back to our pre-pandemic prosperity of unusually tight labor markets and steady natural wage growth of early 2020. Love Donald Trump or hate him, there is no denying that he oversaw the obliteration of our former conception of what constituted full employment.

And yet, Biden seems to be blowing the lead. After nearly a year of the economy regaining more than half of the job losses accrued during the April 2020 apex of the coronavirus recession, the Bureau of Labor Statistics reported just a quarter-million new jobs created in contrast to the 1 million jobs anticipated by experts, rendering it the single worst jobs report in the nation’s history. The unemployment rate actually increased for the first time since last year, from 6% in March to 6.1%. Even worse, inflation seems on the rise in a way it hasn’t been in decades at the same time plateauing labor force participation might kill our economic output. But this is a feature, not a bug, of Biden’s first 100 days.

For starters, an unprecedented amount of cash has been injected into an economy already shouldering nearly $30 trillion in national debt. For this, Biden hardly bears all the blame. Although Trump’s initial coronavirus spending package was necessitated by the lockdowns, Trump inexplicably demanded an extra $2.3 trillion in his last days. Then, Biden passed another $1.9 trillion grab bag of left-wing goodies under the guise of pandemic relief, and now he’s pushing for a further $4 trillion financed solely by the Federal Reserve, risking it all on a full-year commitment to keep interest rates near zero.

Biden, even before the election, elevated proponents of Modern Monetary Theory like Stephanie Kelton to plum positions on his economic policy task force. When sound voices in the room like Biden’s Treasury Secretary Janet Yellen warn about the Fed’s dangerous dovishness, she has been quickly browbeaten into publicly reversing course.

So we have an explosion of cash into circulation, nonexistent interest rates disincentivizing spending, and closures of schools and businesses shrinking the labor force. On top of that, we have Biden’s signature policy failure: the federal government’s expanded unemployment benefits incentivizing people from returning to work.

Despite the White House and its media agents insisting that businesses are to blame for the employment shortage, even Biden has admitted that a change has to be made.

“We're going to make it clear that anyone collecting unemployment, who was offered a suitable job, must take the job or lose their unemployment benefits,” Biden said of his hopes to fix the extended Unemployment Insurance benefits during Monday remarks.

But Congress has already authorized the extra unemployment spending through September, and despite a lifesaving vaccination campaign rendering a return to normalcy safe, the damage is already done. Workers may refuse to return behind the bar or to the driver's seats of Ubers because they’ll make more in UI, but the demand for service won’t dissipate until autumn. Instead, big businesses such as McDonald’s and Amazon will continue to automate future jobs out of existence and small businesses will be crushed.

Twelve years ago, Obama could rightly claim he inherited a mess. Biden needs to admit he's made one.